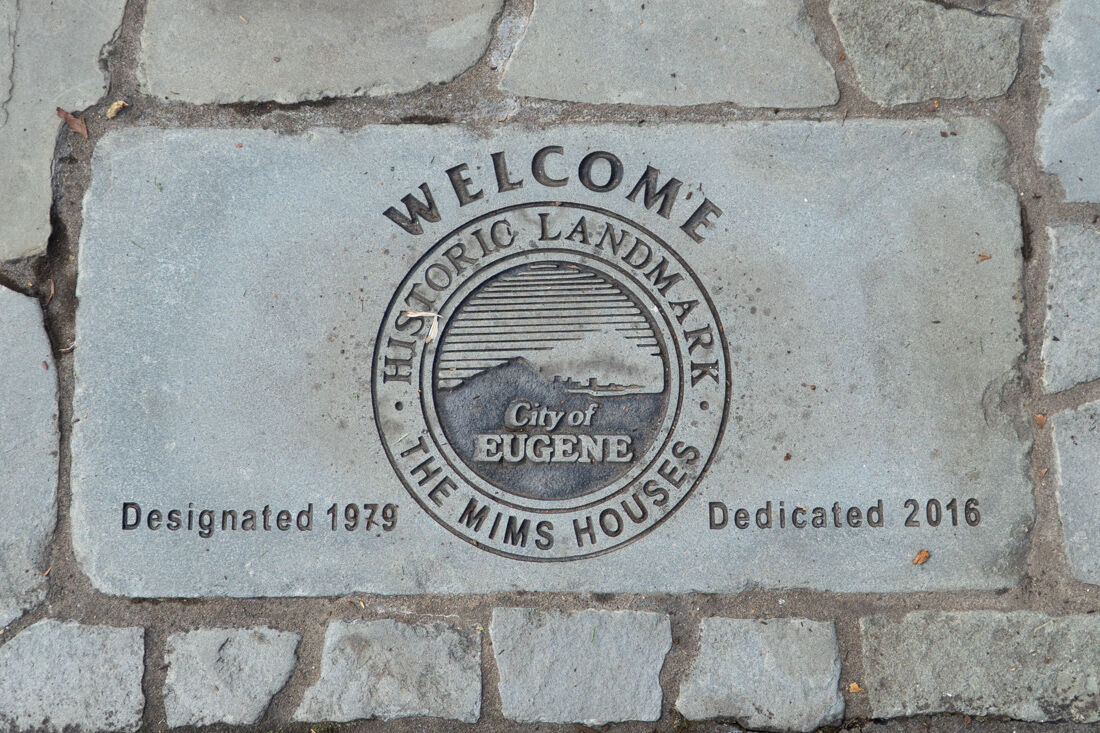 A stone path outside the Mims house shows that the property os a recognized historical landmark. Managed by Lane County NAACP, the Mims’ houses serve as a historical center that celebrates African American history. (Serei Hendrie/Emerald) 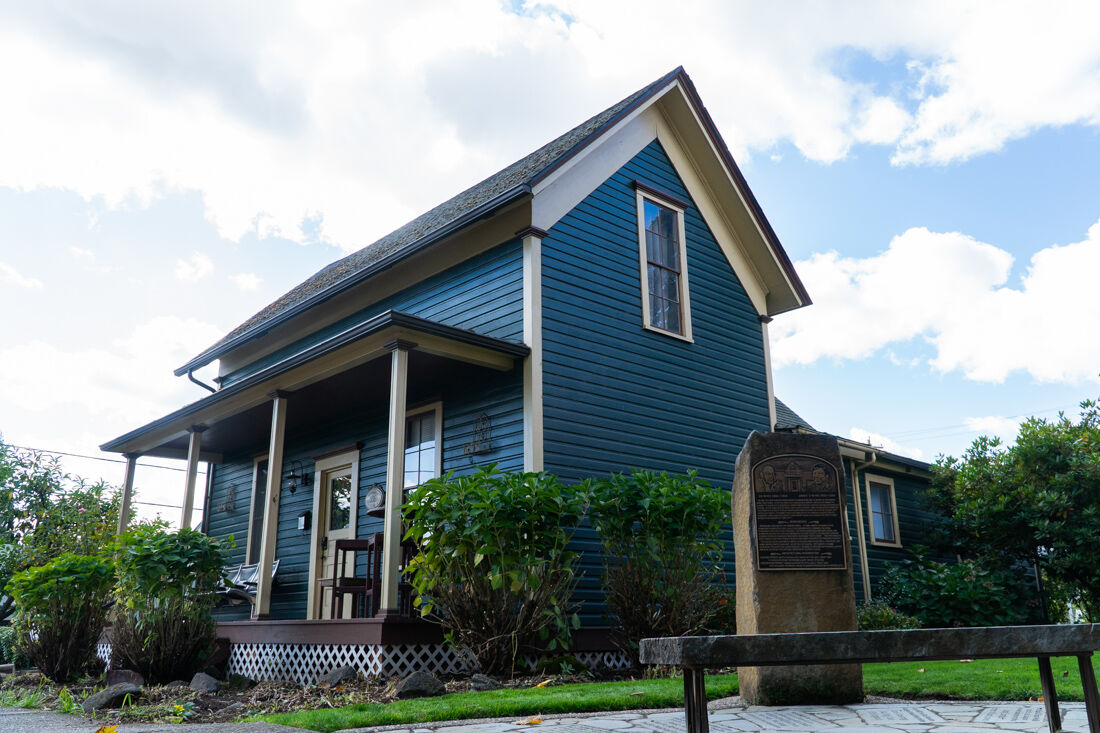 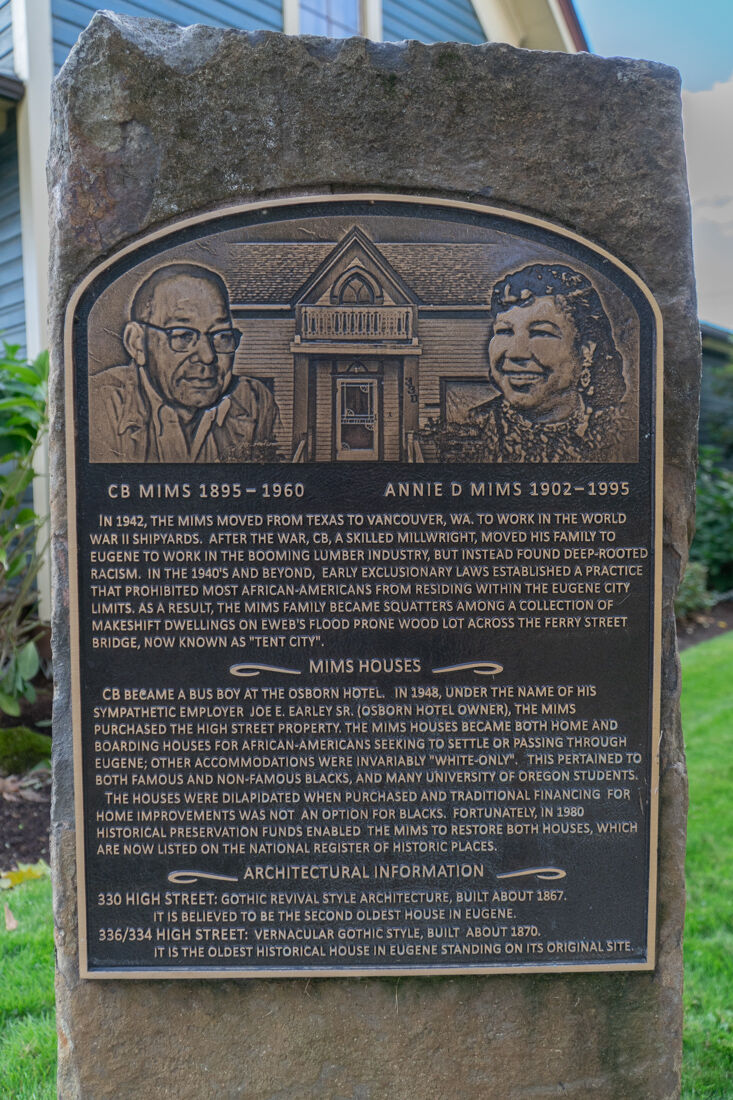 A bronze plaque tells visitors the history and significance of the Mims house. Managed by Lane County NAACP, the Mims’ houses serve as a historical center that celebrates African American history. (Serei Hendrie/Emerald) 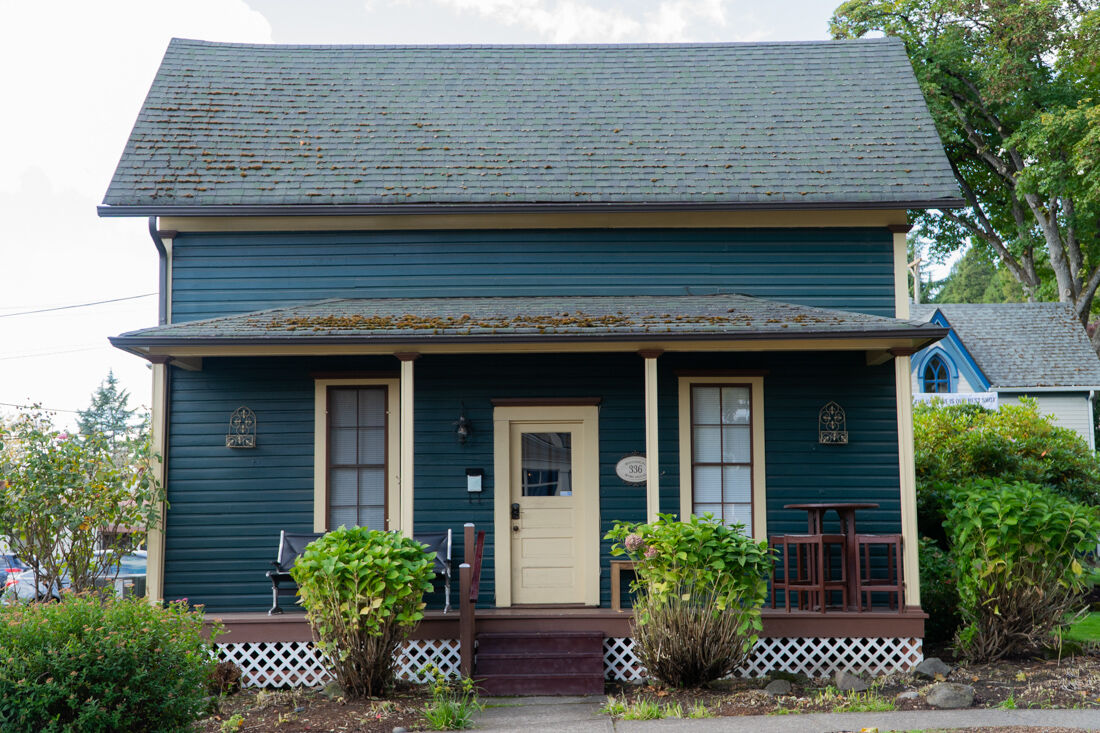 A stone path outside the Mims house shows that the property os a recognized historical landmark. Managed by Lane County NAACP, the Mims’ houses serve as a historical center that celebrates African American history. (Serei Hendrie/Emerald)

The Mims Historic House is a treasure in Eugene, Oregon. Looking at the property from the sidewalk on 330 High Street, two blue, green and beige Gothic style homes attract the attention of guests and passersby of the historic Skinner Butte neighborhood. A plaque supported by a polished stone stands at the entrance of the small property with a description of the previous residents of the home. Engraved stones surround the plaque, commemorating community members and organizations who supported the resident’s mission throughout the years. The property’s landscape is beautified — filled with flowers and trees — and the homes are preserved to their original design.

From 1948 to 1966, C.B. and Annie Mims’ house played an important role in the African American community’s well-being, according to the Travel Lane County website. The Mimses hospitality was extended to visitors and people within the community in a time of oppressive segregation and discrimination in Eugene.

Both University of Oregon students and musicians such as Nat “King” Cole and Ella Fitzgerald were welcomed into the Mims' care without question, according to the property’s plaque. Local businesses, hotels and UO dormitories refused to service those who were Black — even though they were entertaining in town or attending the university among White people.

In a 2009 interview, Willie C. Mims, son of the Mims couple, talked with UO alumni Chrisanne Beckner for her thesis about his family’s history in Eugene and how his childhood was affected by discrimination. His family came to Eugene in search of opportunities in the booming lumber industry, but they were turned down from the jobs they applied to.

“They came here because of the logging industry, and they weren't able to get a job so they got stuck,” Mims said in the interview with Beckner. “They were hoping to work in the lumber industry, period. They didn't know anything about Eugene or Springfield. Except they knew they were hiring like mad for the lumber industry. Mills were going up everywhere.”

The Mims family faced segregation when they moved to Eugene with their two children from Texas in the 1940s. The Mims initially lived near Ferry Street Bridge, near modern-day Autzen Stadium and Martin Luther King Junior Boulevard, Mims said. The family struggled with their move because they were not able to break into the job market on their own. They were forced to live in a neighborhood that was underfunded and lacked resources, separated from the White communities.

According to the city of Eugene’s Middle Housing Code Amendments in 2020, the city government was guilty of redlining neighborhoods before and during the civil rights movement of the 1960s. Congressmen and city planners would take a map and loosely draw red pencil borders that would divide the city into racial zones. These restrictive practices enabled discriminatory systems for African Americans by ignoring their request when wanting to take out a loan or buy a piece of property within city limits.

The Mims' family friend Joe E. Earley Sr., a White hotel owner in Eugene, stepped in as a sponsor for the family and bought their house property for them, Eric Richardson, the executive director of the Eugene Springfield (NAACP), said. He also gave C.B. Mims a lifetime job at his hotel.

“When they came up here, they really just encountered what was still pretty much racial segregation,” Richardson said. “Despite the discriminatory customs, there were people in the community who were sympathetic to the plight of the African American community.”

The Mims took it upon themselves to help their community by providing a safe space in their home. Richardson said their house is the “second oldest property in Eugene,” built around 1867, and one of the first Black-owned properties in city limits. The Mims house became a historical landmark in 1982, according to the Oregon Digital Library. The city wanted to immortalize the family’s legacy and the contributions they made for African Americans.

The Mims descendants currently own the property, but Richardson said the NAACP leases it from them. The NAACP works out of the house and provides community services through its volunteering events and public aid.

“The NAACP Eugene Springfield branch leases one of the two houses on the property,” Richardson said. “The services we offer as a community-based organization covers topics such as education, health, housing and environmental-climate justice. We have a food pantry developed over the last year in response to COVID and traditionally have a strong youth council and a youth talented needs program called ACT-SO.”

The Mims' story is one of determination. They were put through rough conditions in the beginning, but were able to find acceptance from community members who supported them financially and learned from their differences. The Mims' gained the trust of travelers who were turned away by local establishments. Despite the era’s segregation, the Mims defied what was expected of them and lived their lives giving back to those in need.

According to the Travel Lane County website, the Mims house is open to the public for visits Monday through Friday from 11 a.m.-1 p.m. The home contains historical records of the Mims family and the African American community in Oregon.