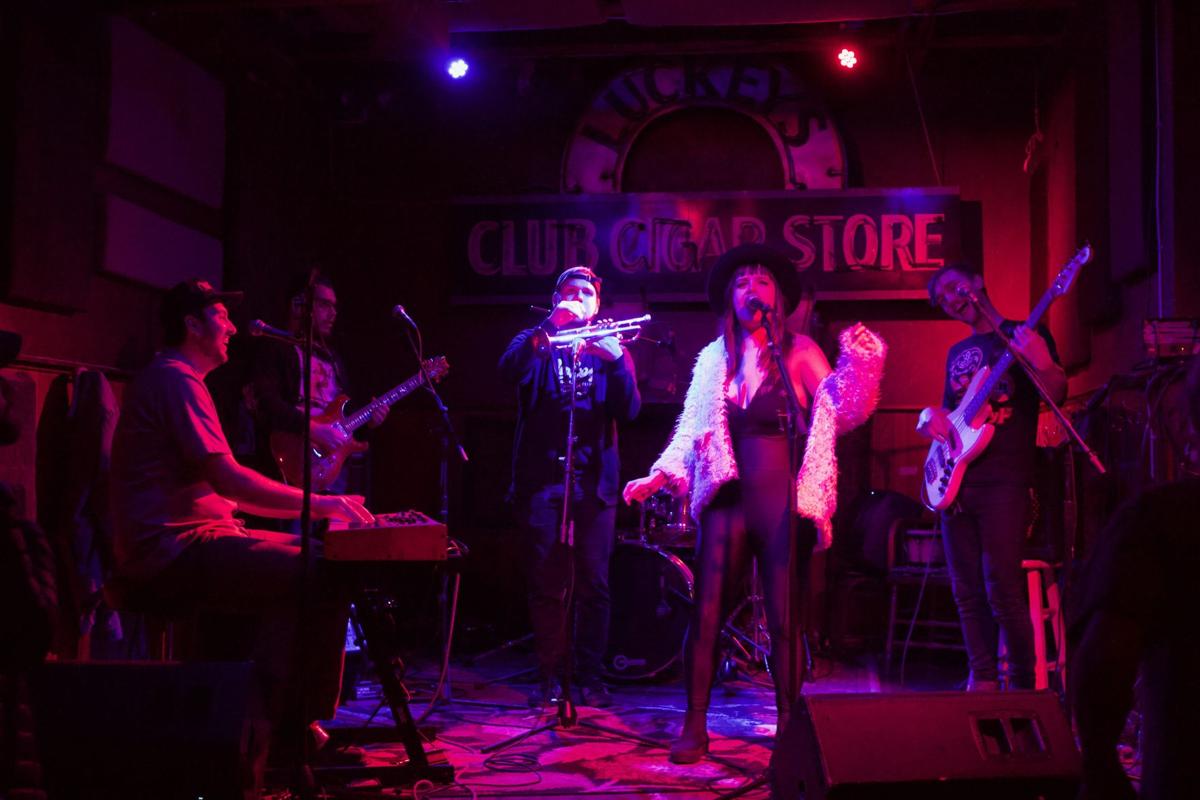 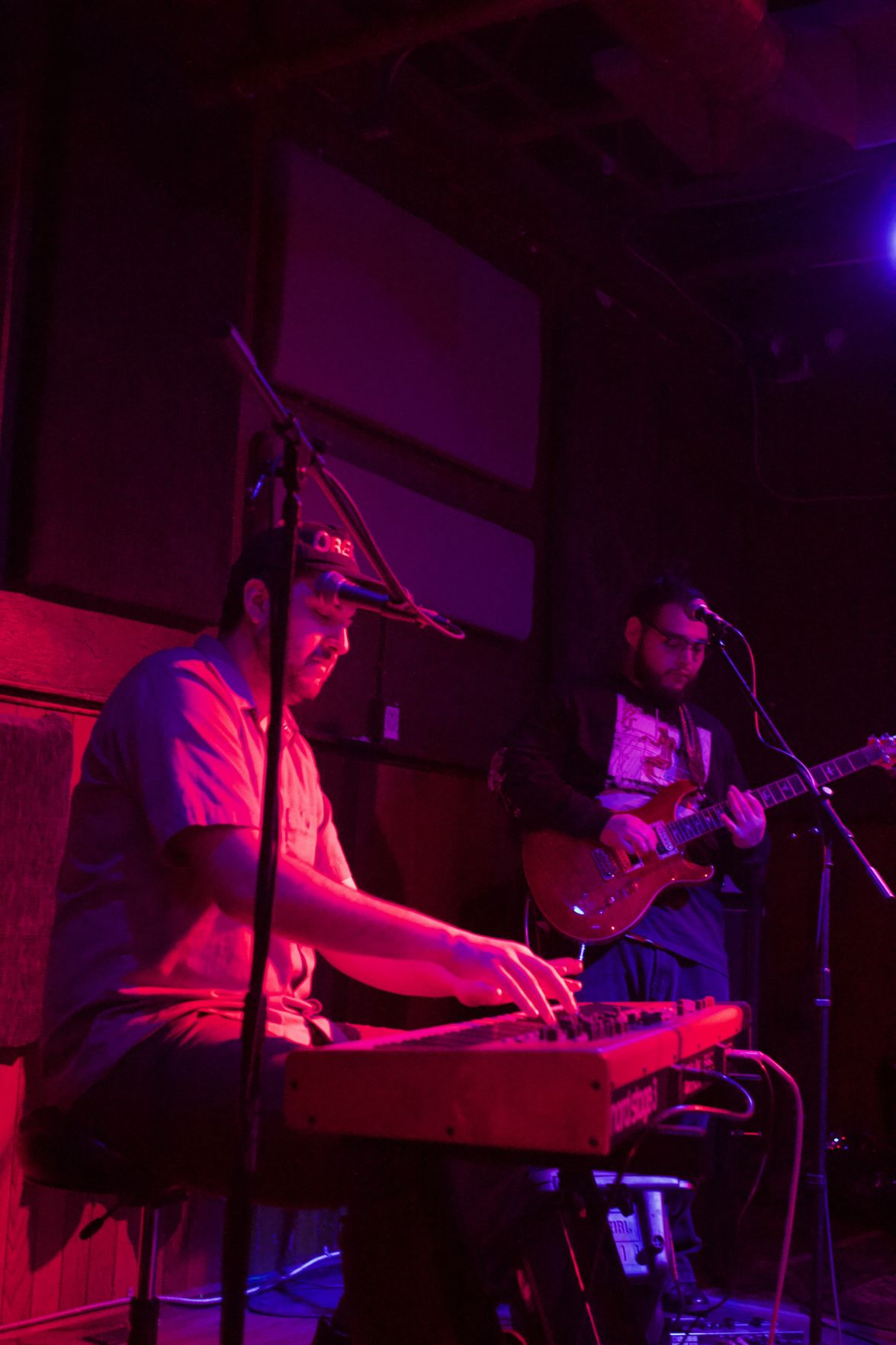 It’s 10 p.m. at Luckey’s Club on a Wednesday night in downtown Eugene. Music spills out of the bar — a medley of funk, neo-soul and R&B, blending together into a groovy tune. Inside, people play pool, drink and dance. On stage is an ever-changing group of musicians, grooving together and making it up as they go.

For the past five years, Luckey’s has hosted its Wednesday Night Groove Sessions. Originally titled Groove Night with Alvin and the Chipfunks, the weekly jam has evolved over time. The first band, fronted by Alvin Johnson, had a weekly residency at the bar where they could come play funk music for friends. They eventually invited other musicians to come play with them, and the event went through several iterations before becoming what it is today.

Now, anyone can sign up to groove with the Groove Crew. Guitarists, drummers, bassists, keyboard players, hornists, singers and more are all invited on stage. There is no required skill level, it’s all about communicating and going with the flow. While they sometimes do covers or original songs, the standard Groove Session jam involves every instrument following along with each other to make music.

“You don’t have to be good to be at Groove Sessions,” said Max Pinder, the current core keyboard player. “You just have to look at people and be like, ‘Are we on the same page?’”

Pinder has been playing piano since the second grade. When he heard Stevie Wonder’s “Songs in the Key of Life,” it forever changed music as he knew it. He studied music at the University of Oregon and graduated in 2011. Now 27, he plays in five active bands (including the Groove Crew).

In 2016, a friend invited Pinder to come to Groove Sessions. After walking in, he was instantly hooked. “The first night I was blown away by everything that happened,” he said. “I kept coming week after week.”

Though the core band has changed throughout the years, some of the same musicians who started it still come back to groove. One of those musicians is trumpet player Chuck DeMonnin. He began to facilitate the jam, finding each week as an opportunity to perform and get better at it. “That was my home to practice performing,” he said. “I think there was one year where I was on the Luckey’s stage more than I was in my own bed sleeping.”

The Eugene music scene is essentially a giant Venn diagram of artists and bands overlapping — a web of musicians, many of whom are in more than one band. “Maybe 10 bands have started as a result of this place,” said rapper Spencer Owen, also known by his stage name Speno. “It turned musicians who only focused on one thing into multi-dimensional musicians. You see musicianship grow over a small period of time.”

Owen credits his on-stage confidence to fellow musician Ian Michael Lindsay. “I got to know Ian, and he was trying to get me to break out of my shell. We had rapped together in living rooms several times,” Owen said. “It sounds corny but it’s a good place to get loose with your friends and feel comfortable with it.”

Lindsay encouraged Owen to perform several years ago. Primarily a bass player, Lindsay has several projects of his own, including his rap project Yuckgod HD and his acoustic project under his own name. Though he moved to Portland earlier this year, he still remembers his time at Groove Sessions from its inception. He once played bass for three hours straight to keep the groove going. Any time Lindsay is in Eugene on a Wednesday, you’ll find him at Luckey’s.

“There is just a love between musicians out there that is very palpable,” Lindsay said. “It’s special, I think it’s unique.”

Wednesday Night Groove Sessions are held at Luckey’s Club each week at 10 p.m. It’s $3 and anyone can join. For more information, visit luckeysclub.com.