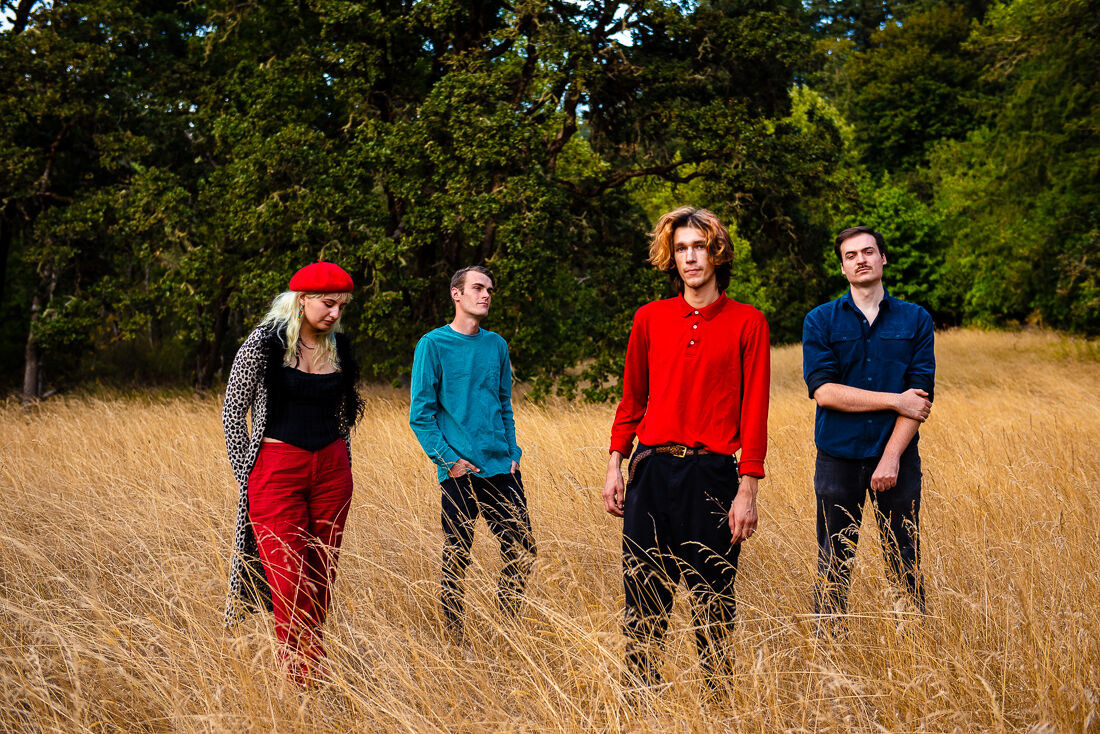 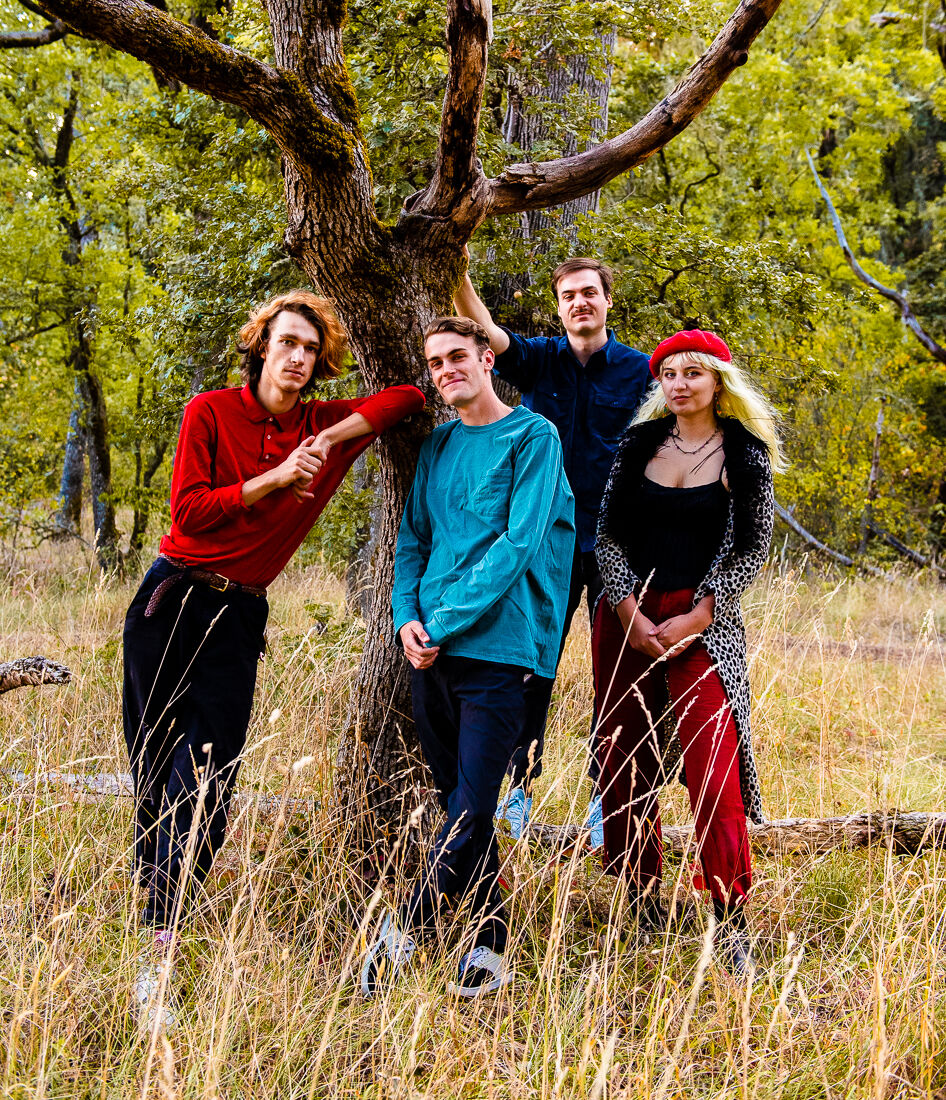 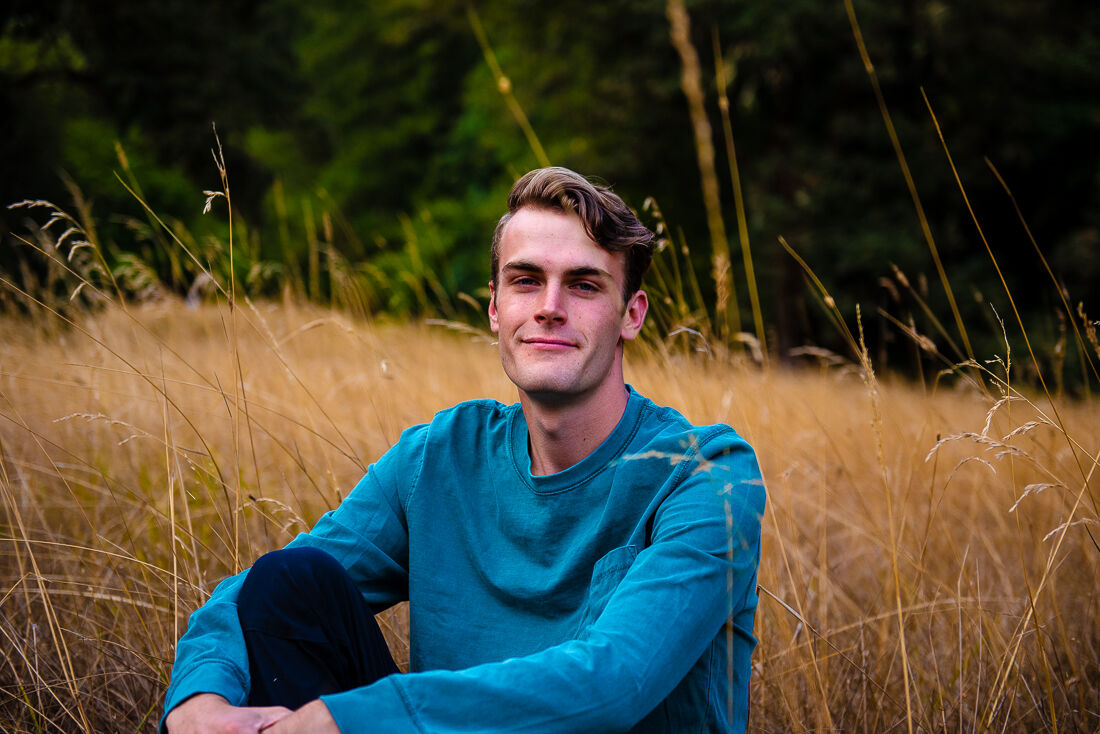 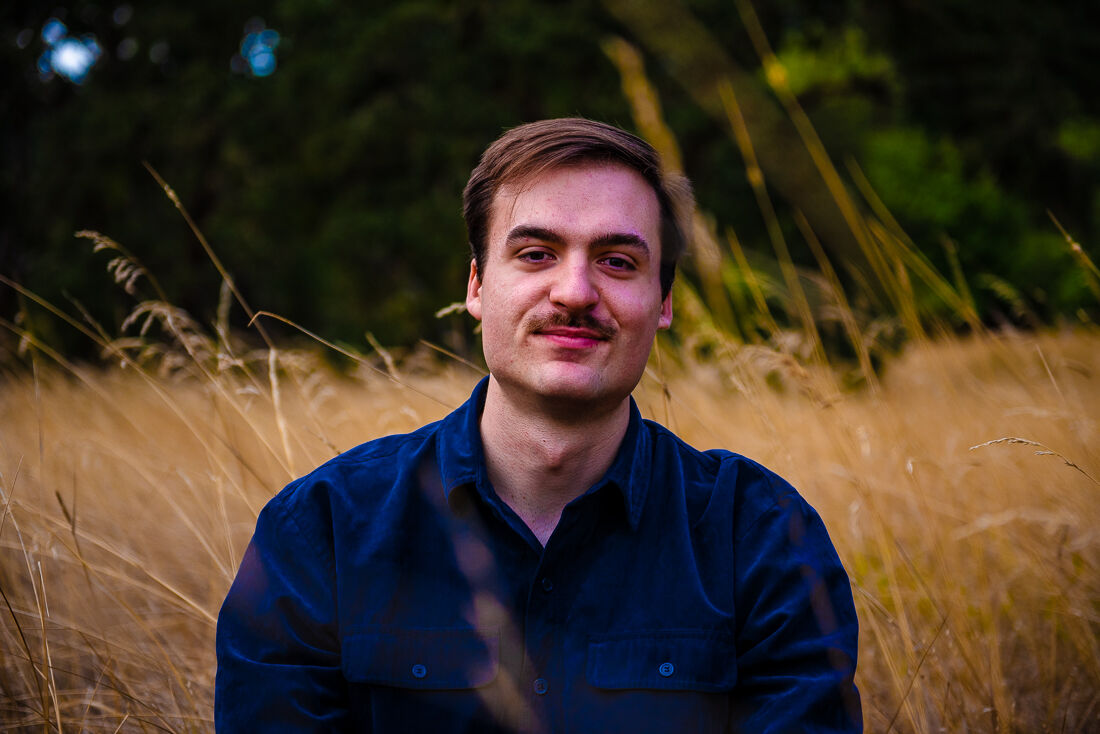 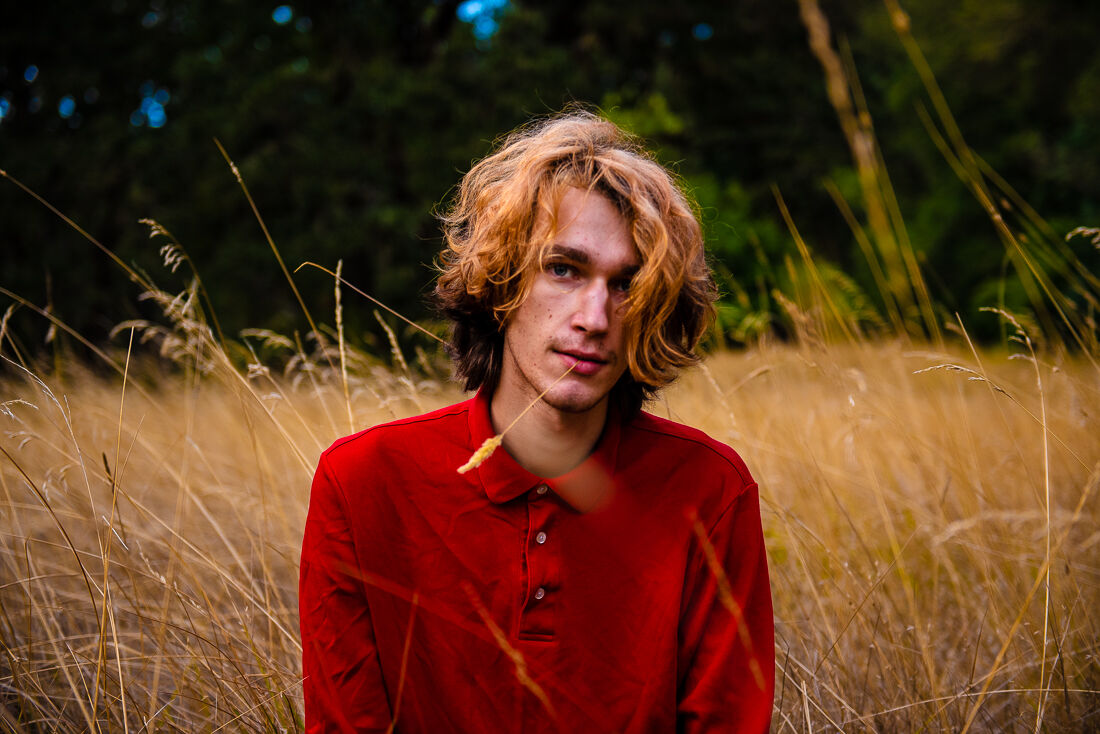 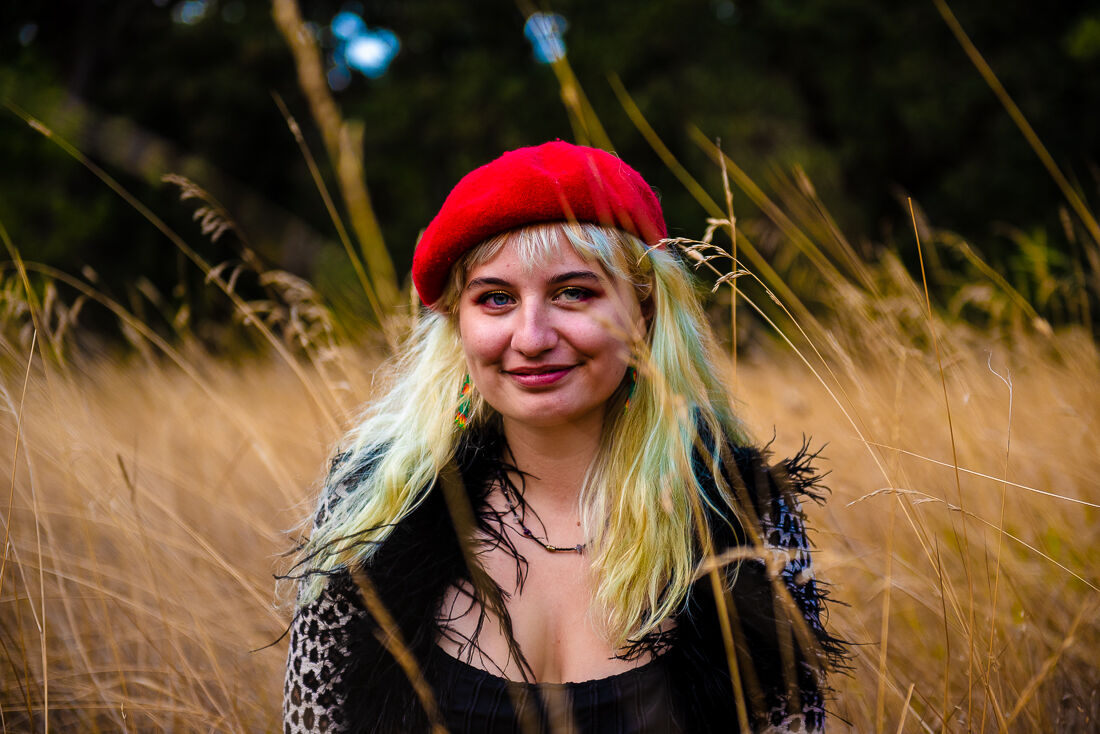 There are three things in my mind that act as sure pillars of Eugenean life: A Jagerbomb at Max’s Tavern, Greg at House of Records and Laundry — and I’m not just talking about my weekly chores.

I’d give any UO local five bucks if they haven’t heard “Lonely Mess.” In fact, I’d give ‘em ten. Cal Fenner, Nik Barber, Riley Somers and Kiki Paroissien make up Laundry, and the band’s reputation surely precedes them in these parts.

In case you missed the memo, the band splits the vocal duties between Fenner, Paroissien and Somers, and the shredding between Somers and Paroissien. Intertwined with that menagerie, Barber and Fenner keep the rhythm section ever-funky. It’s a mouthful to explain, but with each member wearing many hats, Laundry’s sound is hard to tire of because of the sheer variety in each album.

On Sept. 18, the four-piece put out their latest LP, “Movie Star,” taking a walk on the mellow side of the aisle and tipping a cap to a more coy delivery than their past work. This isn’t to say that this album doesn’t bounce; if there’s one thing to count on from Laundry, it’s tracks that demand a good move and shake.

Things start off strong with the Fenner-led title track, “Movie Star,” setting the tone of the LP as utterly different right from the giddy up. At first listen, I deemed the album a stab at the conceptual — with its thematic turn away from the introspection seen on its last two albums, “Affirmation” and “Fast Cars.” The band members said the mantra of the work fell into their laps through circumstance. The meat of this album was curated in the midst of the infamous 2020 COVID lockdown, so Laundry leaned into the amount of movies, TV and media they all consumed as the LP’s inspiration.

The album opener sent me far from our tiny Oregon town and plopped me right down in the heart of Hollywood. However, there isn’t much time to relish in this California sun because a seamless transition goes right into the next track, “Biggest Fan.” This effect gives us a bit of The Who’s “Tommy,” but with three Roger Daltreys spitting vocals and one hell of a Keith Moon keeping the beat up behind them. Paroissen said this transition and the structure of the short-track laden LP was inspired by the side-two medley on “Abbey Road.” As the lyrics “I’m your biggest fan, I watch you every night” come through my stereo, I feel the same grin that “Mean Mr. Mustard” gives me start to slide across my face — I believe her.

Two songs down the hatch so far and it’s no surprise to hear this album was meticulously puzzled together. “Movie Star” was the first work of Laundry’s that wasn’t crowd tested before the band got into the studio. While this element of total surprise may have left some feeling entirely uncertain, the band made the most of this extra time to take the album to its full potential.

“In the past, we’d been really excited to play new stuff for people and being forced to not do that changed the way we made the album,” Paroissien said. “There’s always a sort of finality when you play a song live — it’s not that it’s on record, but it feels finalized in a certain way when we play it for people. Instead, we were just alone and had as much freedom to change anything as many times as possible.”

Somers picked up where Paroissien left off. “We never played them a single time, but in the same vein, they saw so much more practice than any of our songs ever have,” he said. “Our parts felt really ironed out. But, more so, we tried playing them a million different ways to see if we’d landed on the best thing.”

This extra mile taken to toy with the delivery makes itself known on tracks like “Always Something,” where the listener rides Somers’ vocal inflection like a wave, following its curve as he plays with the delivery of the lyrics. That ripping outro then goes into possibly my favorite high point on the album, a Paroissien-sung track, “Slot Machine.”

“I hate Las Vegas,” Paroissien said with a laugh while the band shared a glance behind her. “I knew I wanted to write a song about this specific memory we saw on tour, and that became ‘Slot Machine.’ We went inside of a drugstore and I came across the saddest thing I’d ever seen in my life. There were maybe five slot machines with these people on them who looked so exhausted and hungry, just staring blankly into the screens tapping as fast as they possibly could.”

This sorry sight on the strip birthed a track of such jarring juxtaposition. It’s the feeling of heart shaped sunglasses and daiquiris in the double time tempo — and the eerie pink glow of the MGM Grand in its breakdown. At first glance, it’s ultra luxurious — but with a jaded twist and a rough underbelly.

I left Sin City with this next song and found myself back at home on the couch with a clicker in hand. “Watch TV” was the lead single on “Movie Star,” and it’s the most classically Laundry moment on the whole album. It oozes in as a lightened up take on “I’m The Slime” from Frank Zappa’s “Overnite Sensation,” carrying over the swank in his initial step. “Commercials” follows and holds onto the same playfulness in a way that stays totally danceable. Accompanying “Commercials” is my personal favorite Laundry music video of the collection that was filmed, directed and produced by their total Scorsese of a bassist, Fenner, who also made shorts for other songs on the album.

The band no doubt pulled out all the stops on this LP, but they weren’t the only ones. Echo Hill producer Edwin Paroissien also had as vital a hand in the making of “Movie Star” as he had on Laundry’s previous albums, “Fast Cars” and “Affirmation,” with his atmospheric production.

“Each time we go up to record with Ed, he has a new trick up his sleeve,” Barber said.

“There’s always something new he wants us to implement, and each time he brings what we make to the next level,” Somers added. “He’s the opposite of stuck-in-his-ways.” With the members refining their writing and a producer who keeps his repertoire ever-changing, the bar is raised with every album Laundry puts out, and “Movie Star” follows that upward trajectory.

What better way to bookend this album than a reprise? This final taste of the title track is an ultra gratifying way to close things off. Laundry is a band that truly knows itself. The breath of space in the closer before the last track, “Rich and the Famous,” laced together with the final hint of guitar wah is classic; it’s truly the cherry on top of “Movie Star.”

I can surely say this LP is Laundry’s finest yet. It exudes a confidence in the matter-of-fact delivery, with no need for noisy overcompensation. It’s mature and refreshing, showcasing a band sure of its abilities and only moving up.