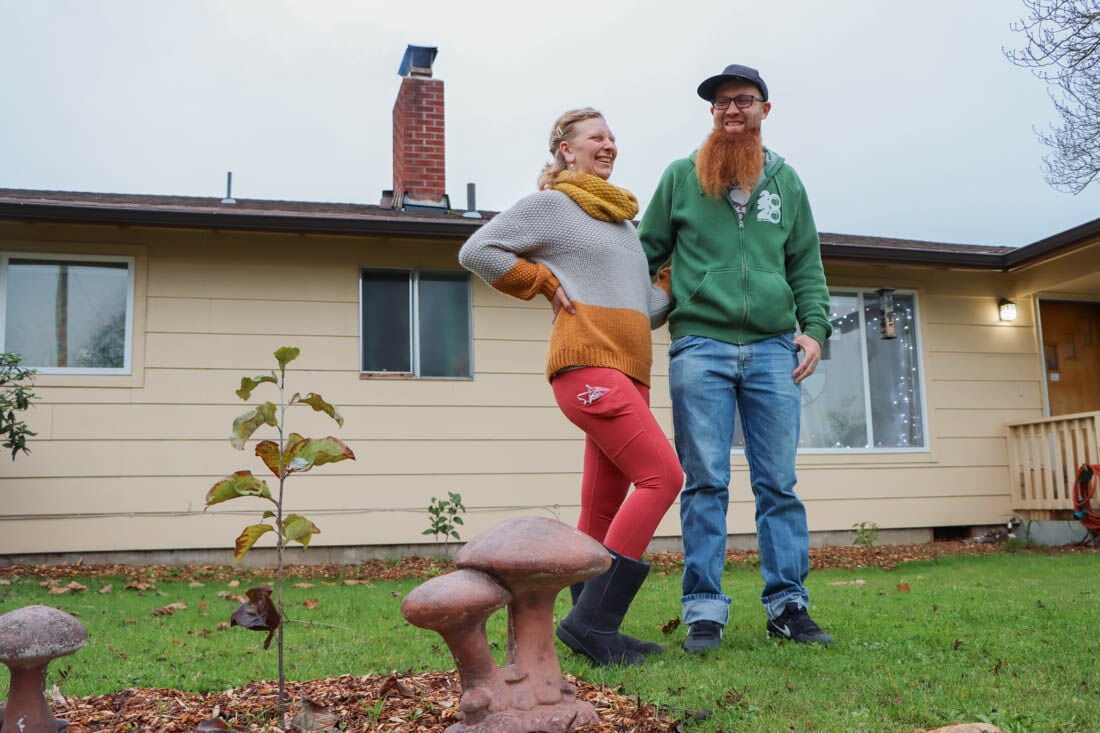 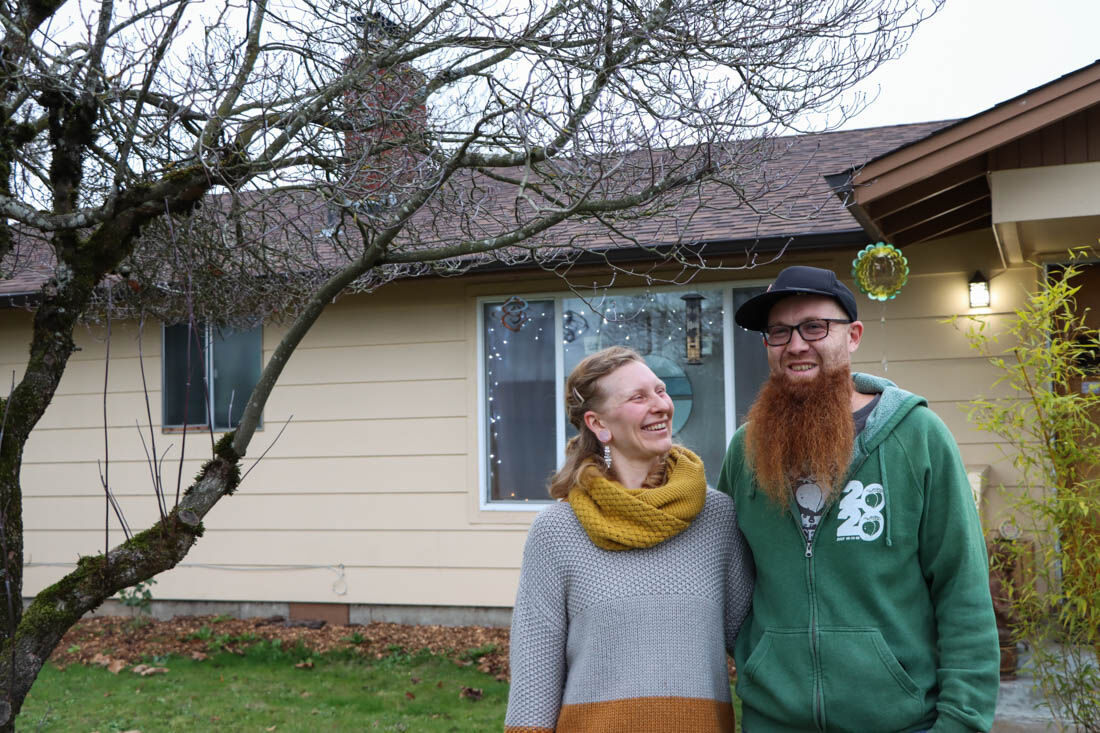 What are mushrooms? Not just those $16 a pound strands you buy at a local market on payday, but the natural and wild organisms that can be found in the forest. A mushroom in its natural environment is neither classified as a plant nor animal and therefore stands on its own as a unique category: fungi.

The food and nutrients mushrooms give and take are worth looking at before you eat. It's a life form that can be hunted like wild-game, becoming a sport for outdoor enthusiasts. Mushrooms are also important for forestation and are able to break down plants and deadwood in the forest, along with dead animals and most organic matter that lives there. This effect benefits our ecosystem throughout the world and can help the natural environment strive for years to come.

But, how do you hunt wild mushrooms? How can you tell which ones are edible and which ones are poisonous? And once you do find those consumable strands, how can you prepare them? Eugene couple Matt Holsonvack and Rachel Grudzien are bona fide foragers that have hunted mushrooms for years, which means they know which mushrooms are edible and the seasons when they appear. They're a part of a group in Oregon, called PNW Mushroom Foraging and Identification that reaches out to the community and talks about mushrooms. They look out for which fungus is in season and share information about the different classes.

"It's dirty and can leave you without anything," Holsonvack said. He refers to some days where mushrooms can be difficult to find and sometimes can take some serious digging to find one.

Mushrooms in Eugene usually grow in the prolonged months of rain, fall and spring, when weather conditions aren’t extreme.The process can be strenuous, but if you're new at it, it's important to be patient and keep at it, Holsonvack said.

"It's so rewarding to go into the woods and come out with food,” Holsonvack said. “It's such a difference from going to the grocery store."

Holsonvack and Grudzien have practiced the art of mushroom foraging for about 10 years and have learned the tricks to navigate it successfully and safely. “Being fully immersed in the woods and losing track of time is such a great thing,” Grudzien said, as she and her partner prepared the mushrooms they forged that day.

These are some of the practices they have picked up along the way:

How to forge in and outside of the trail

Once you find an area in the woods, get to know the trail and the surroundings and know where you are and the direction you intend on going. You can still find mushrooms along already formed paths, and for beginners, it can be a simple and easier way to train the eye in finding edible fungi.

If you go off the trail to see what else there is, always look where you're walking. You can sometimes overlook or be stepping on a bed of mushrooms.

Don't be afraid to look under ferns. A lot of mushrooms don't fully emerge and can hide under leafy areas that are buried by roots and soil. Look for breaks in the soil or holes that animals scour through, sometimes squirrels can smell truffles deep in the ground.

Which mushrooms are edible?

“I didn't get into it until one day I was out in the forest and found a chanterelle mushroom," Holsonvack said. "After that, I became addicted to it.”

He said to research before foraging. Usually, when one of them is driving or getting ready, the other is taking notes and analyzing what mushrooms to look for — the texture, color and overall structure of the fungus.

One book he recommends is, “All that the rain promises and more” by David Arora. The book is a guide to all the different fungi in the Pacific Northwest.

The book describes and identifies over 200 species found in Oregon and gives specific details on what to look for when forging mushrooms. It shows illustrations and what differences to look for when finding a species.

Always remember to be sure the fungi you gathered is edible before eating it because there can be some dangerous repercussions from consuming poisonous mushrooms.

Most importantly: always cook edible mushrooms found in the woods. Only a small amount of mushrooms can be eaten raw, and even then it’s hard to tell without knowing 100% what that strand is.

How to prepare and cook what you find

One Tuesday morning, Holsonvack sought to find a strand of cauliflower mushrooms, seeing that the online community of shroomers were mostly finding that during the time. Without any luck, he wasn’t able to find a single cauliflower in the woods. However, he didn’t leave empty handed. To his surprise, he found a variety of edible mushrooms, some that he was able to identify right away –– admirable bolicks, chanterelles, fried-chicken mushrooms, matsutake and shrimp-russula –– all with different sizes and textures with a range of unique flavors when ready to eat.

"I'll leave them soaking in salt water and air dry them," Holsonvack said. He does this to clean the mushroom from any harmful bacteria and critters on it. After this, he'll chop the mushrooms and pan-fry them, overcooking them to make sure nothing toxic remains, without taking away any of the flavors and still leaving room for a variety of dishes, he said.

The couple made a delicious medley of mushrooms in a spaghetti dish with alfredo sauce. They played some good music, told old forging stories and brought out their hospitality the only way mushroom hunters know how. The taste was light but had a meat-like flavor from the mushrooms Holsonvack had foraged that day. He was thrilled about what he found that day and grateful to know some mushrooms can still thrive this late into the season.

You can find many cookbooks online that cater different recipes: Wild Mushrooms: A Cookbook and Foraging Guide by Kristen and Trent Blizzard; Mushroom Cookbook: A Fabulous Fungi Feast for All Seasons and Occasions by Annes Editorial, which makes a variety of cookbooks; Healing Mushrooms: A Practical and Culinary Guide to Using Mushrooms for Whole Body Health by Tero Isokauppila.