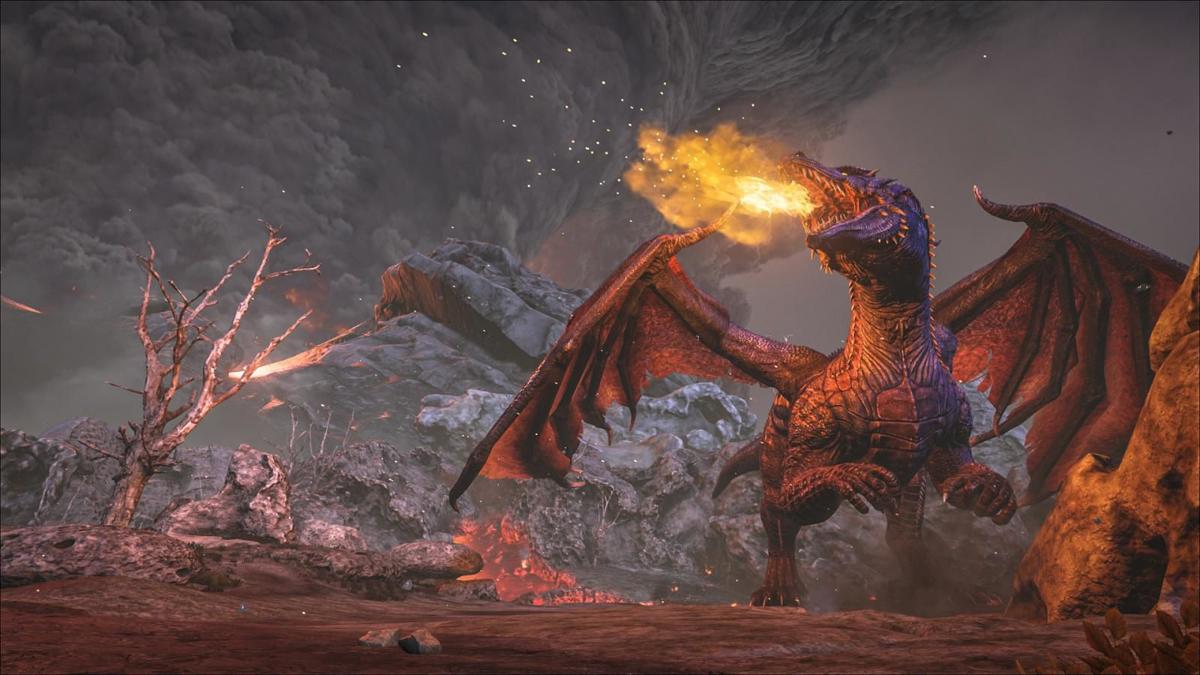 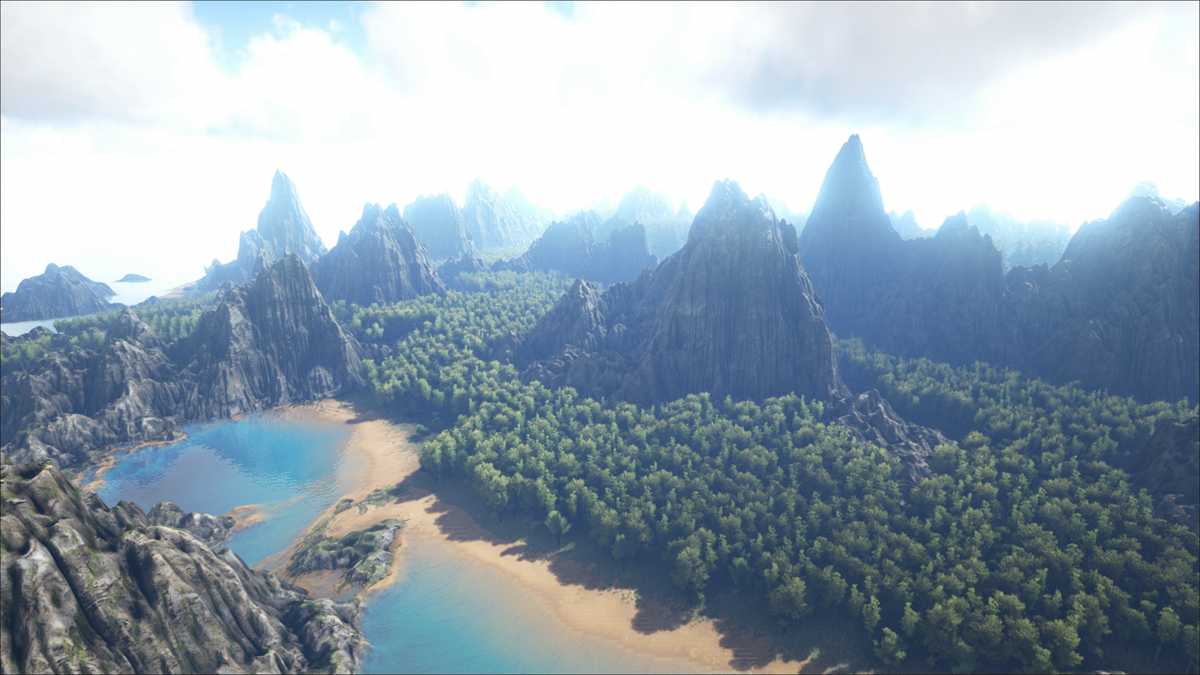 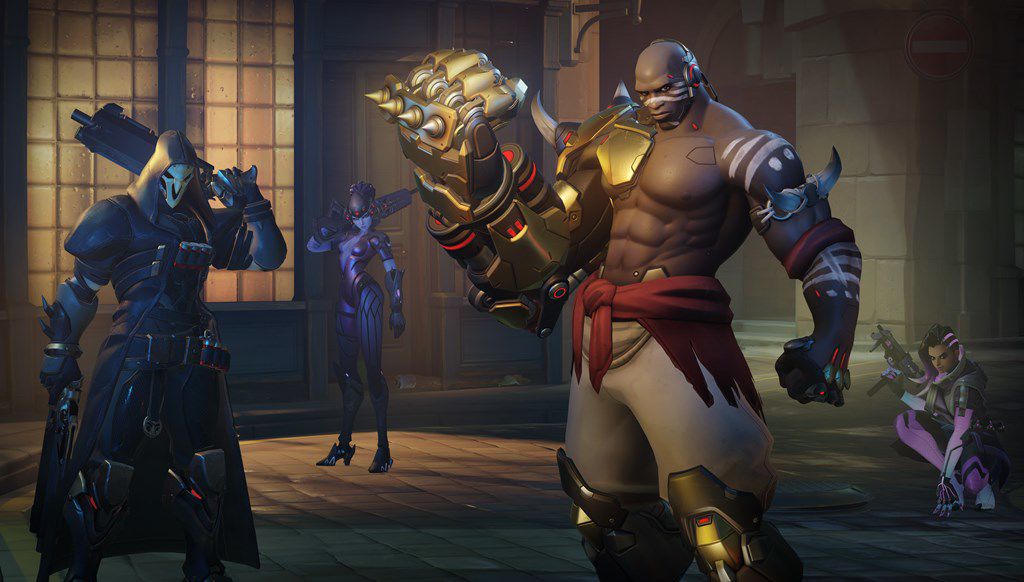 Studio Wildcard pushes “Ark: Survival Evolved” full release to Aug. 29 and unveils more details on how a retail launch will affect the game.

The impending release of “Ark: Survival Evolved” is enough to turn a few heads, whether it’s a beta-testing veteran or a wary skeptic waiting for the game to leave early access.  One of the most ambitious games of its genre, the survival crafting game by Studio Wildcard will be getting a full retail release soon, but maybe not as soon as expected. This marks a major milestone for the game and company, one that few of its competitors within the same genre can boast.

Following the controversial price hike from $40 to $60, Studio Wildcard delayed the Aug. 8 release of “Ark: Survival Evolved” until Aug. 29. The developers announced the delay in a blog post this week. They explained that the process for a Gold Master retail certification took far longer than they had initially anticipated.

A dragon from “Ark: Survival Evolved.” (Courtesy of Studio Wildcard)

This process caused some major setbacks in the game’s content release schedule — most noticeably that the anticipated free “Ragnarok” DLC for Xbox One and PlayStation 4 was also moved to the end of the month. Likewise, the long-awaited performance tweaks and bug-fixes for the game’s PC iteration were also delayed, but the developer promised to make PC optimization a top priority in the coming month.

After the aforementioned price raise — which was necessary to properly qualify for a retail release according to the developer  —this delay has not sat well with the game’s community.

Studio Wildcard has still teased some of what is to come with the full release update. New biomes, boss encounters, crafting recipes and a new landmass are just some of what the studio has teased so far.

You can read the full blog post here. You can also check out the Emerald’s previous coverage of “Ark: Survival Evolved” here.

Watch the trailer for the “Ragnarok” DLC below:

Doomfist is now live and fully playable in “Overwatch” and the yearly Summer Games event is back in full swing.

After a long wait, Doomfist has finally come to wreak havoc on the denizens of the “Overwatch” universe. This rocket-punching villain has finally debuted in-game and has taken the competitive first-person-shooter by storm.

Doomfist standing alongside the rest of the Talon agents in the “Overwatch” roster. (Courtesy of Blizzard Entertainment)

Not long before Doomfist’s release, Blizzard treated its fans to high-quality animated comics that delve into his back story. Here we see Doomfist walking out of a smashed prison and meeting with Reaper, a fellow leader of the shadowy organization Talon. From there we get a deeper look into the villainous organization that serves as a counterpart to Overwatch, as well as some insight into Doomfist’s character and philosophy.

Close to Doomfist’s release, next week, “Overwatch’s” Summer Games holiday will return. This will allow players to compete in the Lucio Ball game mode and earn special loot crates containing coveted Olympic Games themed cosmetic items. Last year’s items will be available in crates alongside a set of entirely new items. Older skins will also be available again for in-game currency for a cheaper price than last year.

The Lucioball game mode was tweaked and revamped in preparation for a new competitive league. This new Copa Lucioball will function similarly to “Overwatch’s” ranked play system. Players will play 10 placement matches before determining their rank and receive a special spray for doing so. The top 500 players in each region will earn another special spray, which drastically raises the stakes in this fun take on the bright competitive shooter.

You can check out the Emerald’s previous coverage of Doomfist here and our launch review here.

You can watch the official trailer for Doomfist’s release below:

Gaming Week In Review is a semi-regular column by Mathew Brock devoted to recapping recent news from the video game world each week.