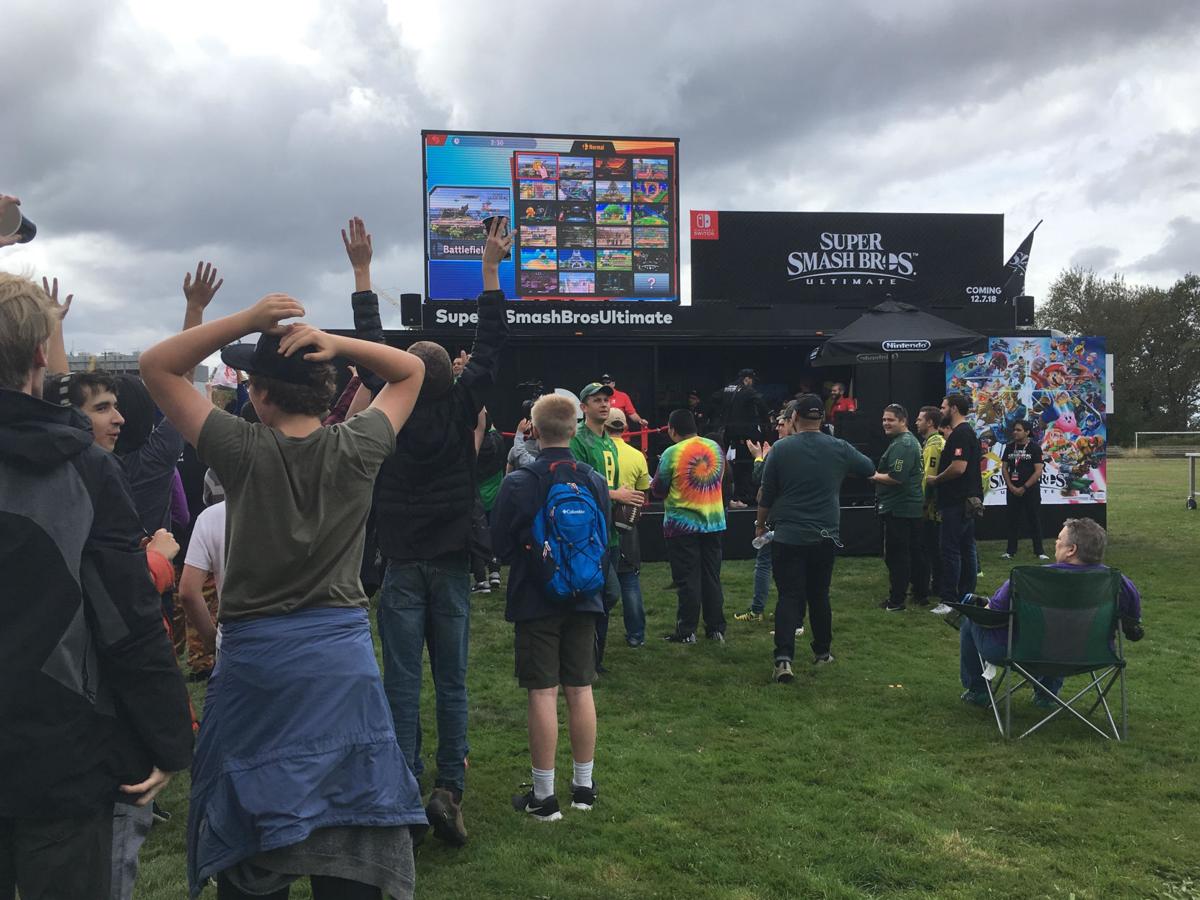 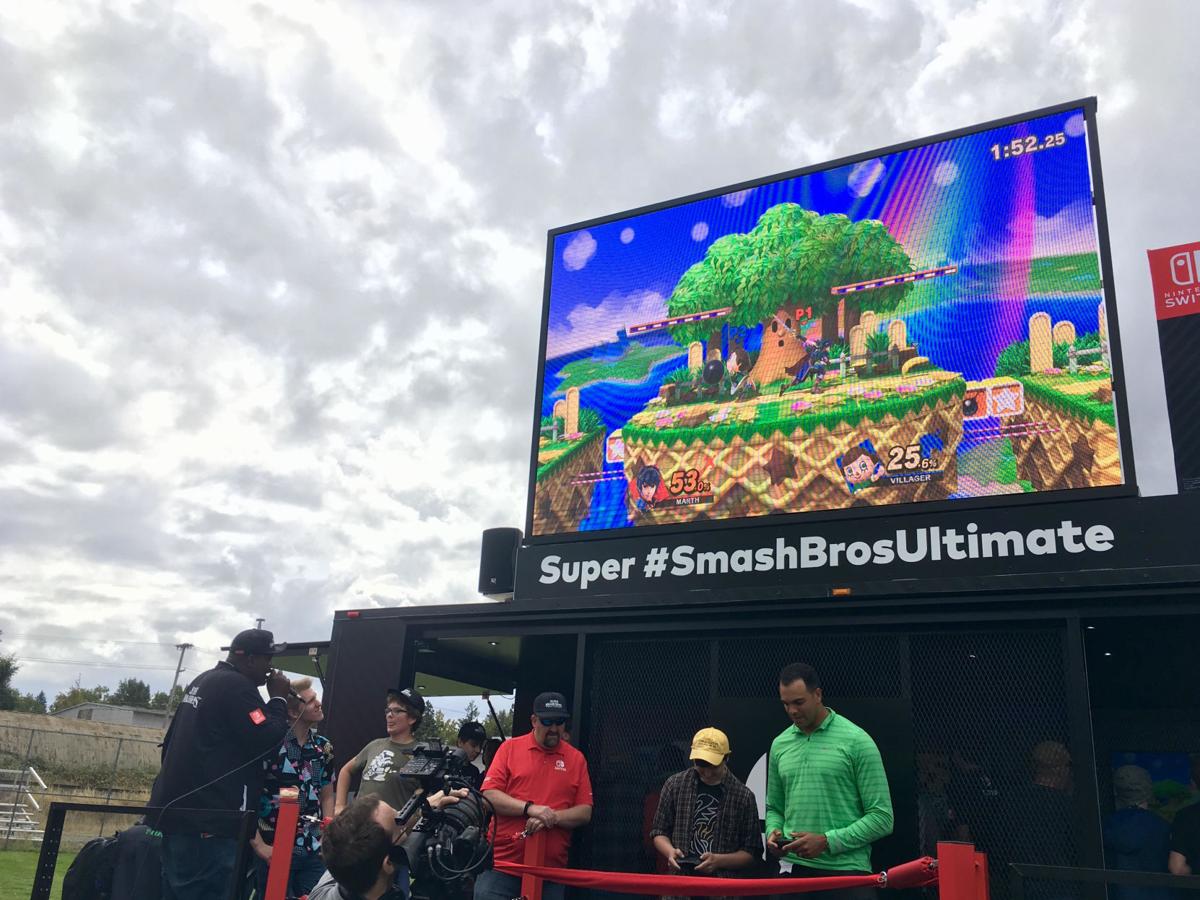 Before the Oregon-Stanford football game on Saturday, Duck fans received a sneak preview of the upcoming “Super Smash Bros. Ultimate” for the Nintendo Switch. Nintendo partnered with the Wendy’s College Tailgate Tour in order to bring a demo version of the much-anticipated fighting game to Autzen Stadium.

Jordan Kent, a University of Oregon alum and former wide receiver for the Seattle Seahawks was also present at the event to promote “Ultimate” with the video game company. “To come here at Eugene and be a part of the first stop on the Tailgate tour was something I couldn’t pass up,” Kent said.

Earlier this year, Kent was inducted into the Oregon Athletics Hall of Fame. During his time as a student, he participated on the football, basketball and track teams, making him the first three-sport athlete at the UO since World War II.

He now broadcasts for the Portland Trail Blazers as well as Pac-12 football and basketball. It’s this line of work that eventually led to his involvement with Nintendo.

Back in 2017, he joined the video game company at the annual Electronic Entertainment Expo in Los Angeles as an emcee and commentator. In 2018, he again helped commentate for the “Super Smash Bros.” Invitational.

“Transitioning from sports to eSports didn’t really feel too different,” Kent said. “When it comes to eSports, depending on the game, it just feels like in general the action is much faster.”

Kent, who is an avid Nintendo fan himself, says he can appreciate the amount of skill that eSport athletes put into competitive gaming.

“I’ve really been impressed by the amount of dedication and focus on their craft,” Kent said. “You look at how much they have mastered these games and the amount of time it takes — it’s no different than [being a] football player, I’m spending hours honing a particular skill.”

Elements of “Super Smash Bros. Ultimate” — the fifth installment in the “Smash Bros.” franchise — will cater to the competitive nature of its fanbase. Nintendo will release it Dec. 7. “It’s blending a lot of elements from ‘Melee’ [for Nintendo GameCube] and ‘Super Smash Brothers’ for Wii U,” Kent said. “I like the speed of this game.”

The widespread appeal of “Smash Bros.” comes from its pick-up-and-play design, as well as its large cast of playable characters  — drawn from a multitude of beloved Nintendo franchises.

At the demo event, classic characters such as Mario and Donkey Kong were available to play. But fans could also try out brand new characters in the “Smash” roster, such as Ridley from the “Metroid” series and Inkling from “Splatoon.”

The early chance to play the game made for a constant line at the Nintendo booth near Autzen.

The stop at Eugene marks the beginning of Nintendo’s College Tailgate tour, which will continue through November with other stops around the country.