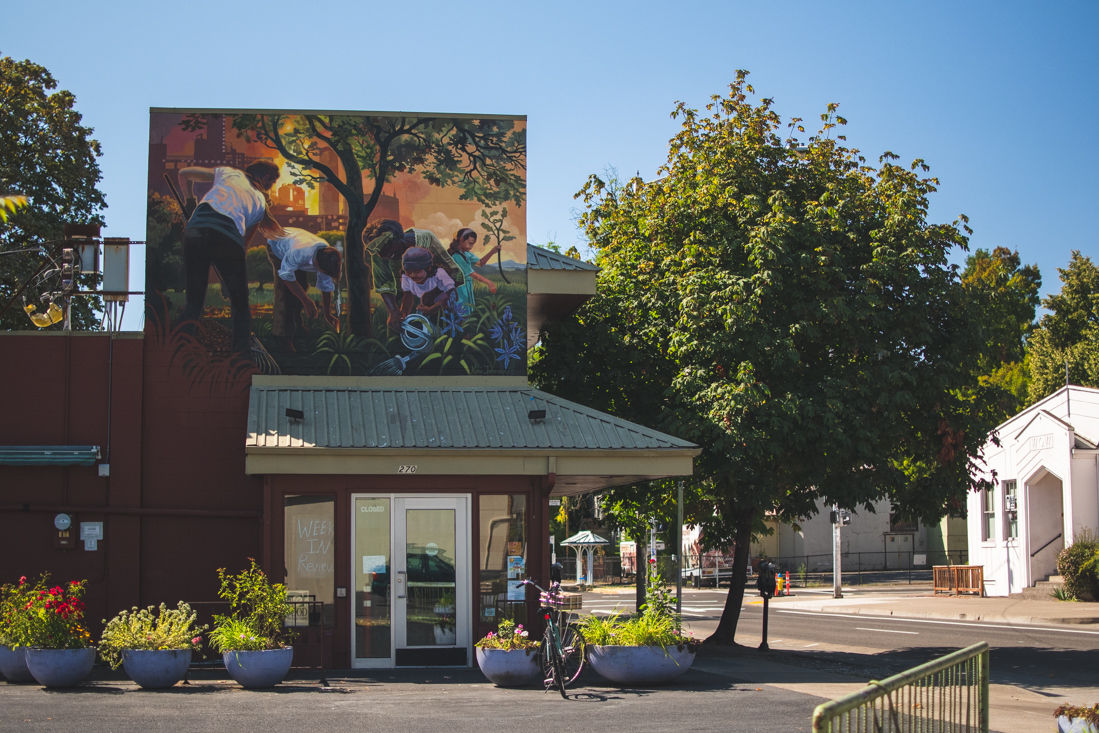 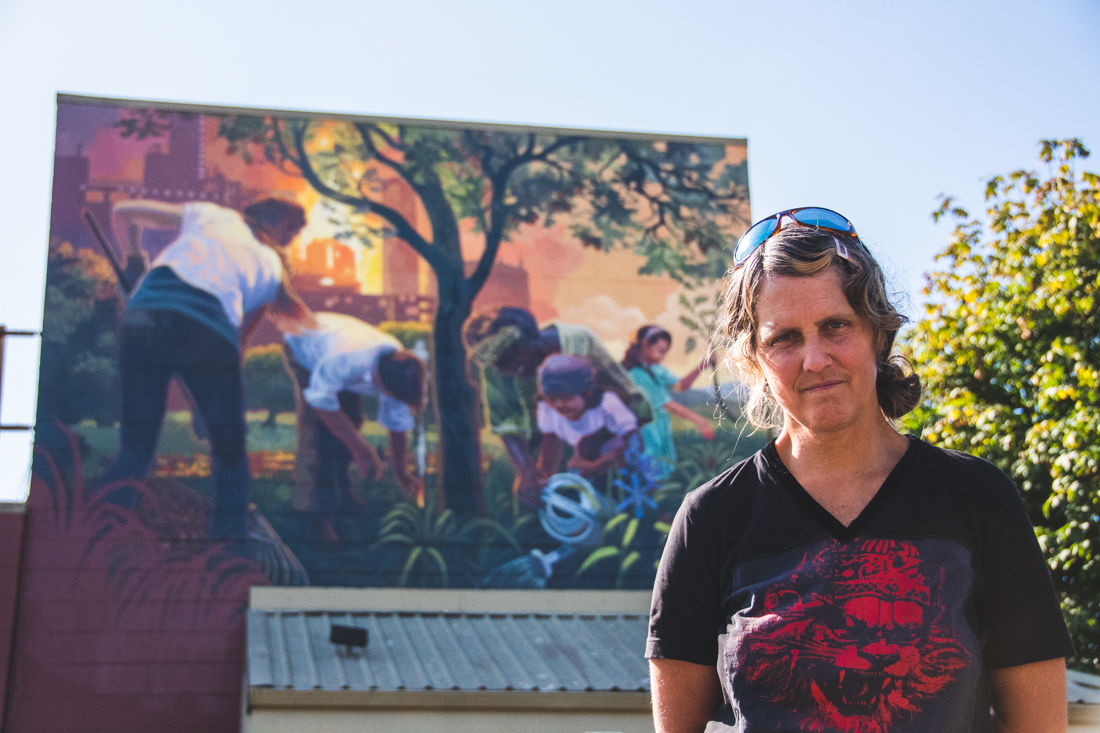 Kari Johnson poses in front of her mural displayed above the Dining Room in Eugene, Ore. on Sept. 2, 2019. (Brad Smith/Emerald)

Kari Johnson poses in front of her mural displayed above the Dining Room in Eugene, Ore. on Sept. 2, 2019. (Brad Smith/Emerald)

During times of dire need for reform of environmental policy, public action is a necessity. Creating art is one of the ways in which the groundwork is laid in making these changes. Art can often be a symbolic representation of the current state of our world, calling for action by provoking thought, emotion and discourse.

Eugene’s 20x21 project is providing a local platform for artists to evoke discussion of the changes needing to take place in our world through their artistic creation. The 20x21 aims to provide the opportunity for artists to come to Eugene and share their art with our community.

“We wanted to give Eugene the ability to create as much art as possible,” said Debbie Williamson-Smith, the director of communications for the 20x21 project.

20x21’s original goal was to have 20 murals by 2021, but they have recently surpassed that goal with contributions from 23 different muralists.

Kari Johnson, a local artist most recently commissioned by 20x21, embodies symbolic action through her thought-provoking, colorful and surrealistic work in her most recent mural.

Her mural for the 20x21 project is appropriately placed above The Dining Room, a food kitchen that supplies those in need with food while practicing as a standard restaurant. The untitled piece depicts a family planting in what looks to be an oasis-like field. Behind them is a petroleum factory engulfed completely in flames.

Johnson first came to Eugene as a traveler with her boyfriend. Their place of residence was in a field behind Autzen Stadium. Her boyfriend was the money-maker. He would return cans and tell poetry on the streets. Johnson was unable to create art on the street because there was no place for her to store her work. They soon saved up enough to rent an apartment and she began creating once again. As they were getting settled, her boyfriend found an advertisement for the mayor’s art show and knew she had to enter. Johnson won first place, and this is when she got involved in the Eugene art community.

Johnson encourages onlookers to interpret the piece for themselves. At its root, the piece is meant to start a conversation.

That’s exactly what the work does. The mural depicts the intensity of our dying world, with the burning petroleum factory in the background. It shows the self-destructive nature of the industries we have created. The flames are soon to be engulfing the family in their luscious and green oasis. Johnson describes the family as being in a spectacular place that seems just fine, but right behind them is the world falling to destruction.

“I think everybody knows what’s happening, but we don’t talk about it,” Johnson said. “That’s the one hope I have — that we can agonize about it together.”

Through her mural, the depiction of the family is symbolic of the lack of agonizing with one another. The family can be seen as separated and unaware of the detriment surrounding them, much like we see in Eugene.

“Eugene is like this little garden. We live in such a pretty place, but we know the world is falling apart. It’s a surreal trip,” said Johnson.

Her mural is untitled because, as Johnson quotes, “a picture is worth a thousand words.” This makes sense for an open-ended piece. A title would limit the interpretations, and for a piece that represents such a dynamic issue, any limitation is unwelcomed.

Johnson's mural lays the groundwork for an urgent and necessary discussion we all need to be having about the health of our Earth. Someone may walk by her mural and have the next community changing idea — a true sign of symbolic action.

The mural can be found on West 8th Ave. across from WOW Hall and is just one of the many murals scattered around the area. The 20x21 project plans to continue pushing past its goal and bless the community with murals of all sorts.