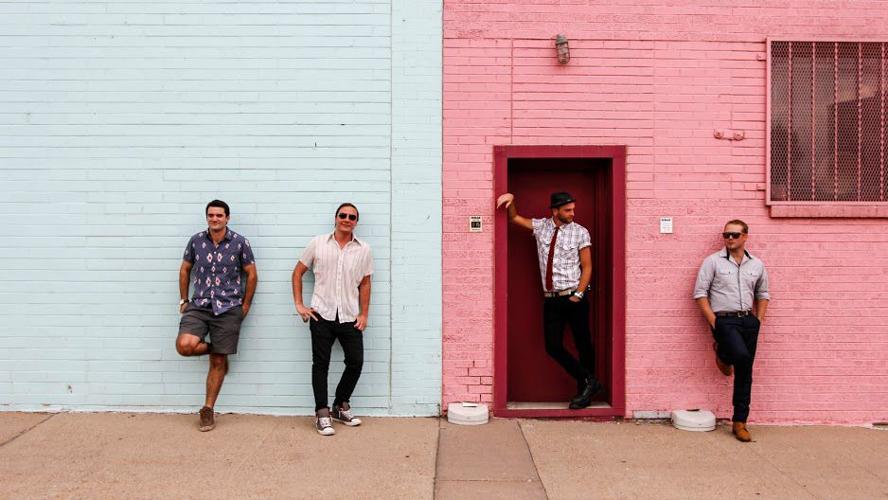 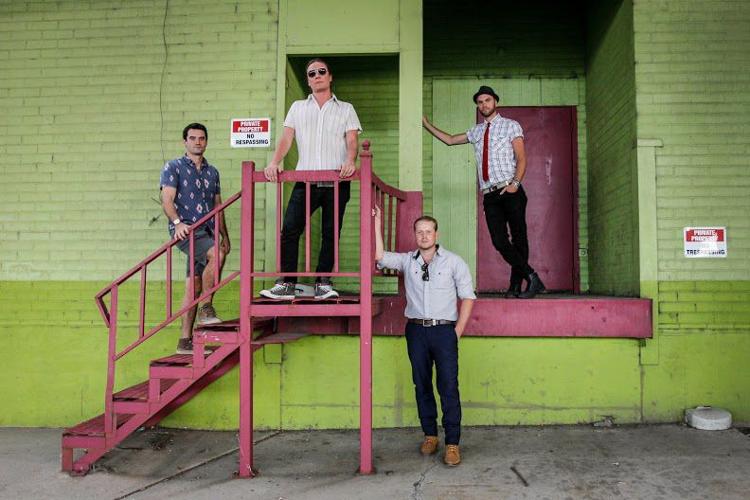 The cosmic inspiration behind electronic group Motion Trap’s debut album PALEBLUEDOT can be traced back to Valentine’s Day, 1990.

Four billion miles from home, the Voyager 1 spacecraft took a snapshot of Earth, which showed the blue planet as a minuscule point, smaller than a pixel. The image inspired astronomer Carl Sagan to name his 1994 book “Pale Blue Dot.”

“That’s here. That’s home. That’s us,” Sagan reads. He points out that the aggregate of all joy and suffering  — “every king and peasant, every young couple in love” — as we know it has only existed on that negligible speck, floating in a dark neighborhood.

PALEBLUEDOT, which came out earlier this year, invites the listener on a dance-pop odyssey. Outer space is a true constant in the album; the reverberating electric guitar in “Echoes” recalls Phoenix’s Wolfgang Amadeus Phoenix and cascades like a flaming bolide in the night, while wobble-bass jam “The Waltz” is grounded with the gravity of heavy house beats. Even Star Wars’ Admiral Ackbar makes a cameo on “It’s A Trap” in a sample of his famous Return of the Jedi one-liner and also to shout out the band’s name.

The soothing “Like a Dream” shares some genes with Mogwai’s fragile, introspective production, while others — like “Clarkson” — resemble the distorted dance beats of Cut Copy.

“The whole sense I got by writing the album was exploration,” said Nathan Rogers, the band’s singer and guitarist. “Everything we wrote, we were exploring the new capabilities – the new landscape of music we had put together.”

The history of Motion Trap circles back to 2005, in the dormitory halls of University of Nebraska – Kearney. Rogers first met Kyle Williams (bass, producer) in the dorms when he heard someone playing Lynyrd Skynyrd’s “Sweet Home Alabama” on guitar somewhere down the hallway. He decided to investigate.

“I cruised down the hallway and I thought, ‘I’m going to show this guy how to really play that guitar,’“ Rogers said.

The encounter budded into friendship, which dovetailed into musical collaboration. Before Motion Trap came into existence, they’d written a few indie-pop songs in the dorms and played shows, covering Weezer and the White Stripes in gigs around the Kearney area. But playing indie-rock gets old, they soon realized. So the universal tides shifted, and the band changed its direction.

“Once you wrap your head around the sonic capabilities that you could have [in electronic music], it increases our palette of sounds for more than just guitar, bass, drums, and keyboard,” Williams said. “Now it’s easier to look into our bag of tricks and create whatever’s possible.”

When Rogers and Williams started experimenting with synths, they learned of the abundant potential when you explore a new genre as a band. Motion Trap, which has played together for three years now, is composed of Rogers and Williams, along with Anthony Chelewski (guitar) and Sean Conlin (drums, samples).

“Bring your dancing shoes and come explore with us,” Williams said.

Listen to Motion Trap’s PALEBLUEDOT below.

I.P.As: Exploring a world of craft beer in Eugene