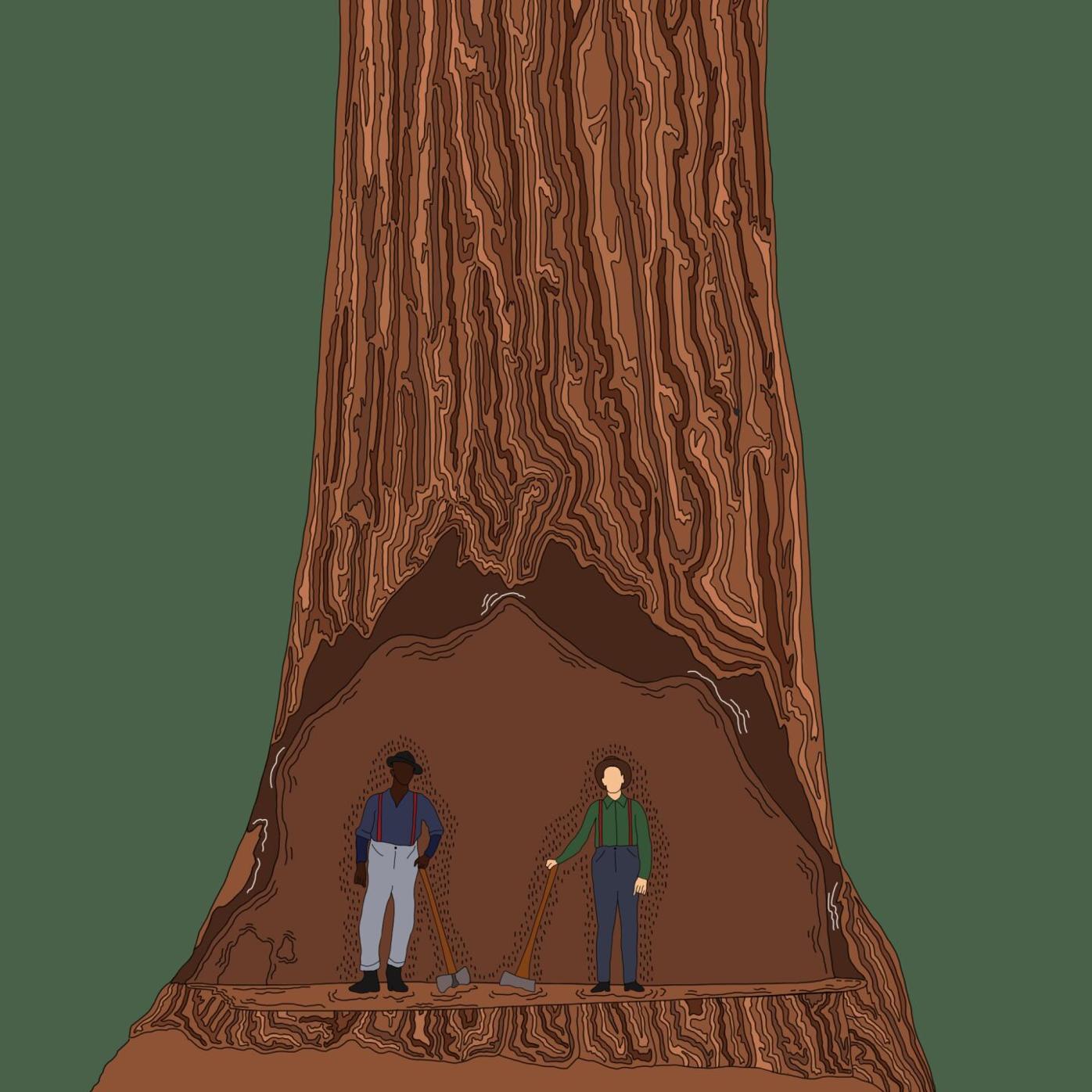 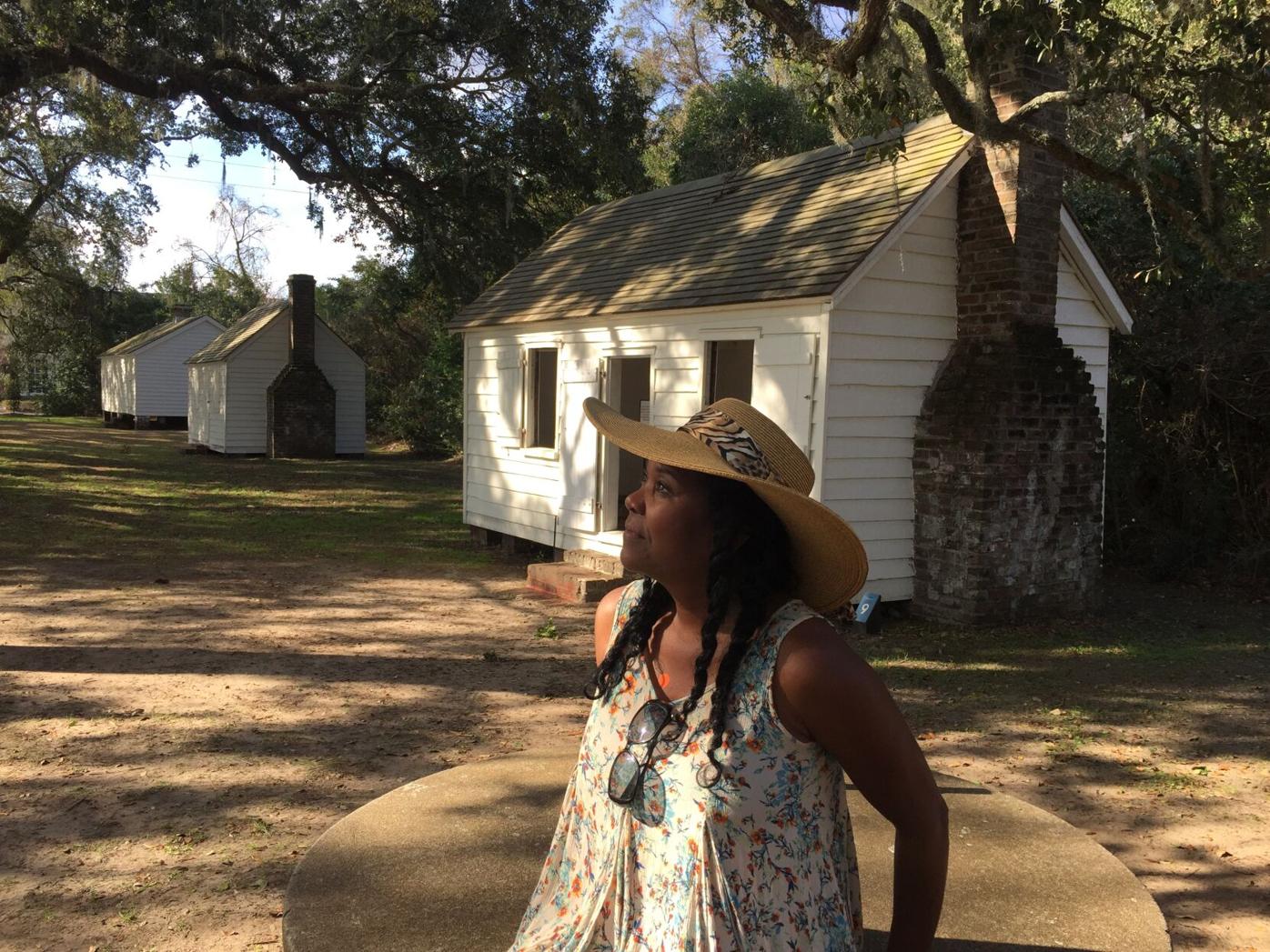 Gwendolyn Trice, founder and executive director of the Maxville Heritage Interpretive Center, has made discovering Maxville and its history her life’s work. (Courtesy of Gwendolyn Trice) 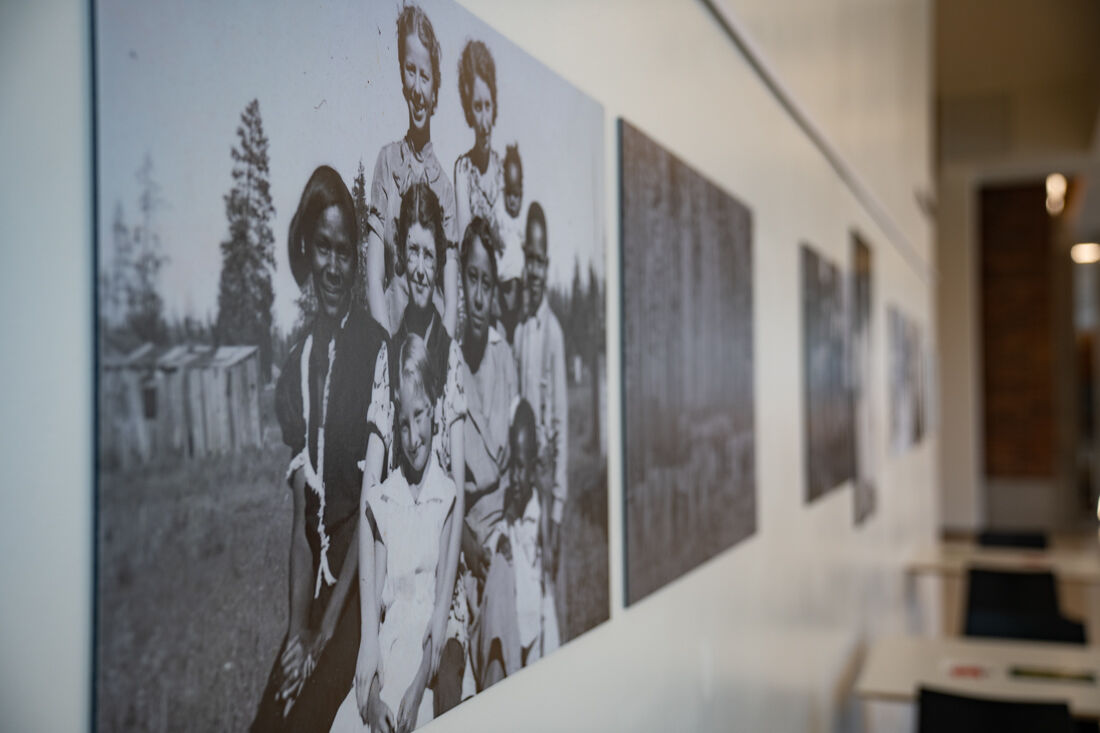 “Timber Culture,” a traveling exhibit curated by the Maxville Heritage Interpretive Center, captures the unique history of an interracial Oregon logging community in the 1920s.

“Timber!” Towering pines rip through the air sending sounds of cracking wood echoing through the neighboring trees before they settle with a thump on the forest floor. Burly loggers pull axes and saws from the bases of trees, their overalls, which are dirtied with sap, hang from their shoulders. Photographs in “Timber Culture,” an exhibit on cultural heritage in the Pacific Northwest, capture the men of one of Oregon’s most dangerous yet fruitful industries hard at work in 1926.

Timber is a bustling industry that has thrived deep in the northern Oregon forest from the early 1900s into the present. The Bowman-Hicks Lumber Company created a flourishing remote logging community in the 1920s called Maxville, close to the border of Oregon and Washington. Maxville was home to a multicultural community of Black and White loggers and their families in a time when strict exclusionary laws made it illegal for Black people to live and work freely in Oregon. Maxville defied these laws which were considered unconstitutional and unenforceable according to national laws.

Gwendolyn Trice, founder and executive director of the Maxville Heritage Interpretive Center, has made discovering and unearthing Maxville and its history her life’s work. Her father, Lucky Trice, was a Black Maxville logger whose stories ignited her passion.

“There’s just no way to encapsulate what has been lost when you don’t include everyone when you’re telling history,” Trice said.

When Maxville was operating in the early 1900s, the Ku Klux Klan was rampant in Oregon and segregation was a normalized practice nationwide. Their homes sat on opposite sides of the railroad tracks with segregated schools, but nonetheless the community members, both Black and White, worked together, supported one another and saved each other’s lives in logging accidents.

When Maxville died out after a stock market crash in 1933, nearly all of its history faded with it. Any knowledge of Maxville came from the stories shared by the nearly 400 people who lived there. For decades Oregon’s history books have depicted loggers solely as White men in White communities, erasing the hardworking People of Color from its history.

“It is this kind of aberration in the larger history,” Beda said. “It is a fascinating and important story, because when most people say Oregon history, they think White history and that is sometimes true, but it’s important to know that People of Color have been at the center of Oregon’s history and have critically shaped our state's history.”

Trice founded the Maxville Heritage Interpretive Center, which is located in Joseph, Oregon, to share her discoveries with the world. Thus far she has accumulated video interviews, exhibitions, events, educational experiences and more. While Trice has a large collection of materials such as touching photos that display Black and White loggers and their families sitting shoulder to shoulder and smiling, her journey of sharing Maxville’s story and creating more opportunities is far from over.

“She has a vision of Maxville’s potential and the possibilities, and she’s really good at articulating that,” Michelle Banks, president and co-founder of the African American Firefighter Museum, said about Trice. “She has a certain excitement about it that helps you kind of tune in and connect to the story.”

The Maxville Heritage Interpretive Center is in the process of raising funds to purchase all 96 acres of Maxville’s original townsite as well as 144 acres of forested land surrounding it. The area is filled with wide open natural spaces and lush forests. Trice sees the land as 240 acres of infinite opportunity for the community, the Maxville Heritage Interpretive Center, local schools and the general public.

“My descendants lived on the land during the exclusionary laws between 1923 and 1926 and they couldn’t own land,” Trice said. “They really weren’t actually supposed to be here working and thriving in a good way, so to have that land owned by a nonprofit that’s Black-led is really pivotal.”

For years Maxville resided as a ghost town, but Trice has brought the site back to life. Upon purchasing the land Trice will begin a robust educational program that will offer outdoor school, archaeological research, Maxville historical information, forestry education and a stewardship of the land. Trice already recruited several local schools and universities to help her preserve and understand the land. The Smithsonian’s National Museum of African American History & Culture has offered support in helping to spread Maxville’s story nationally.

“It’s not just the past that we celebrate; it's looking at what we’re doing today,” Trice said. “The space is really dedicated for education and learning and building a great space for everybody.”

The site holds remnants of Maxville’s past including railroad and logging equipment and a beautiful log cabin. Architect and historian Henry Kunowski and the Clackamas Community College preservation program saved the cabin by properly dismantling it and storing it to be reassembled once the land is purchased.

“Gwen never fails to amaze me with her abilities of articulating her vision and bringing people together to share that experience,” Kunowski said. “I was so impressed with her vision that I felt it would be an honor to be able to help her accomplish that goal.”

Eastern Oregon University archaeology professor Rory Becker and his students have been observing the land for several months to document its state. Becker intends to bring even more students to the site to utilize it as an educational tool once the land is purchased.

“I think that there is a lifetime of work out there archeologically speaking,” Becker said. “It also can provide training, education and real opportunities for folks to engage in that past.”

Trice has been hard at work planning and preparing so that the Maxville Heritage Interpretive Center can get to work as soon as the land is purchased. Although the center received a $120,000 grant from The Meyer Memorial Trust to assist in the land acquisition and development, the fundraising process is still well underway with a long way to go before they will be able to begin the new plans.

“We’ll stop and look at how we preserve the space in perpetuity; that it will always be used for the intention that it is being built today,” Trice said. “People just love history. They love to learn. They love to be on the grounds and explore the green spaces, and we want to make sure that it is continually being made available.”