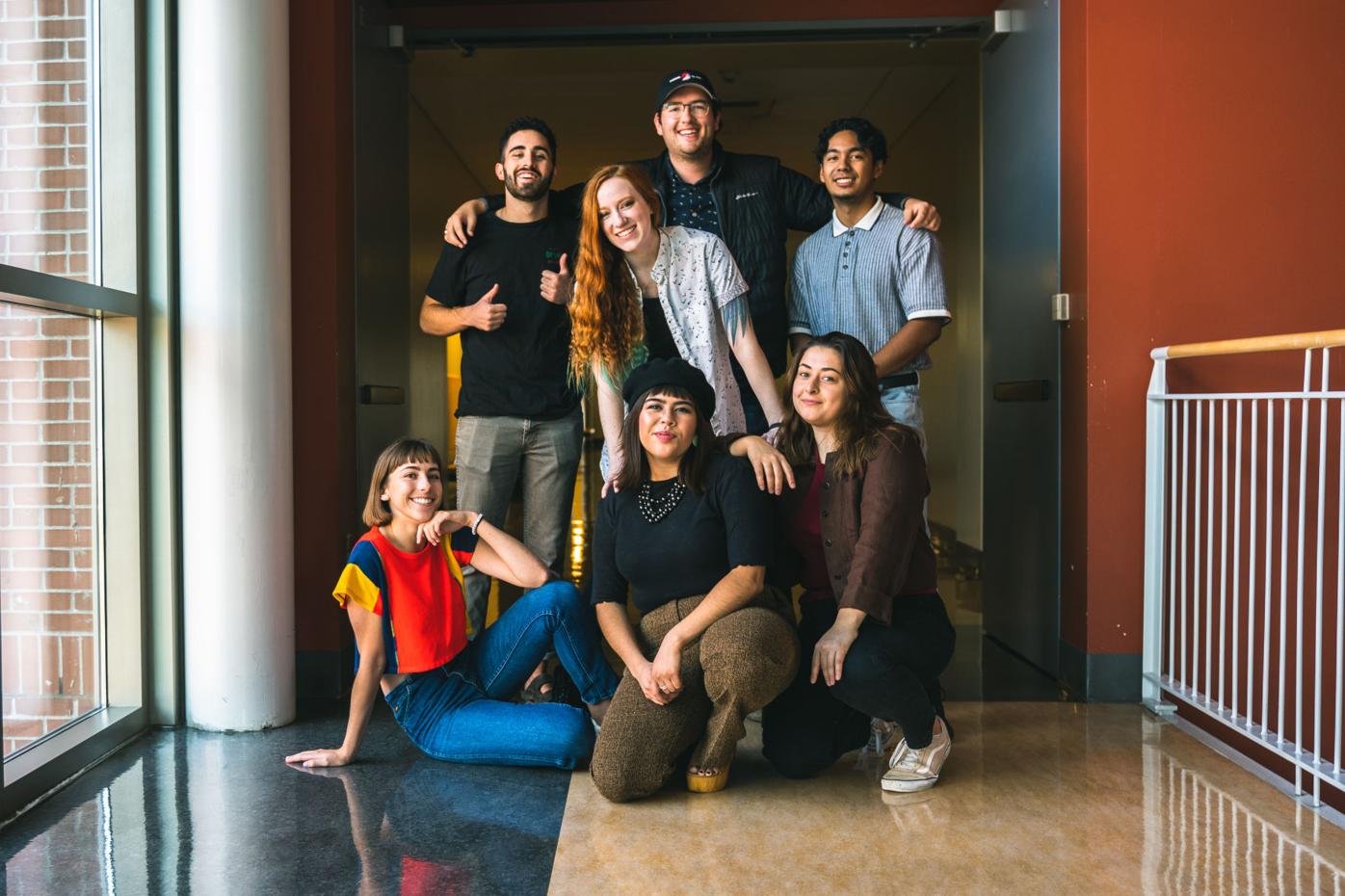 The Music Industry Collective is a UO group the connects "students, professionals, and opportunities." (DL Young/Emerald). 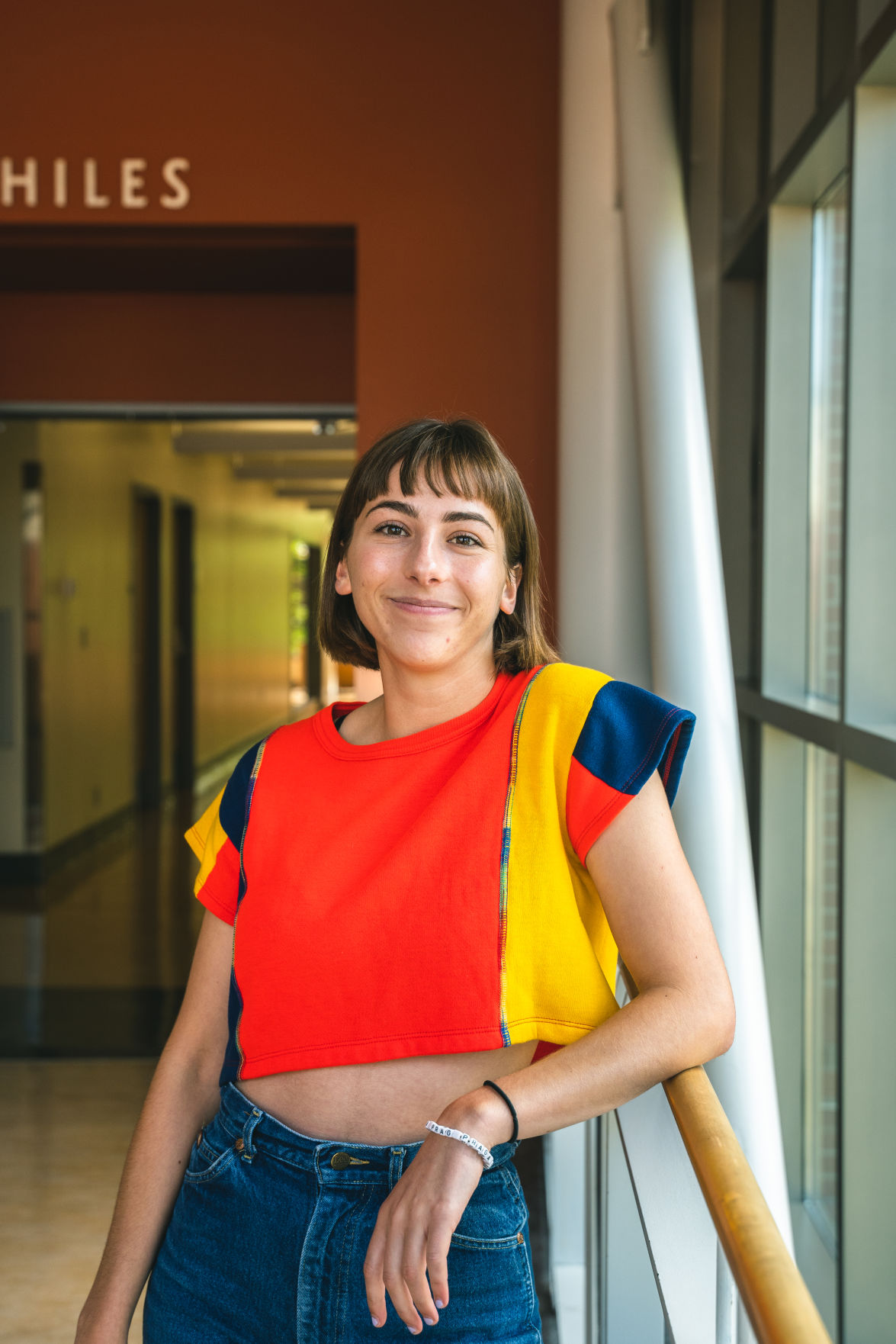 Jill Sullivan is the Vice President of External Affairs for the Music Industry Collective. (DL Young/Emerald). 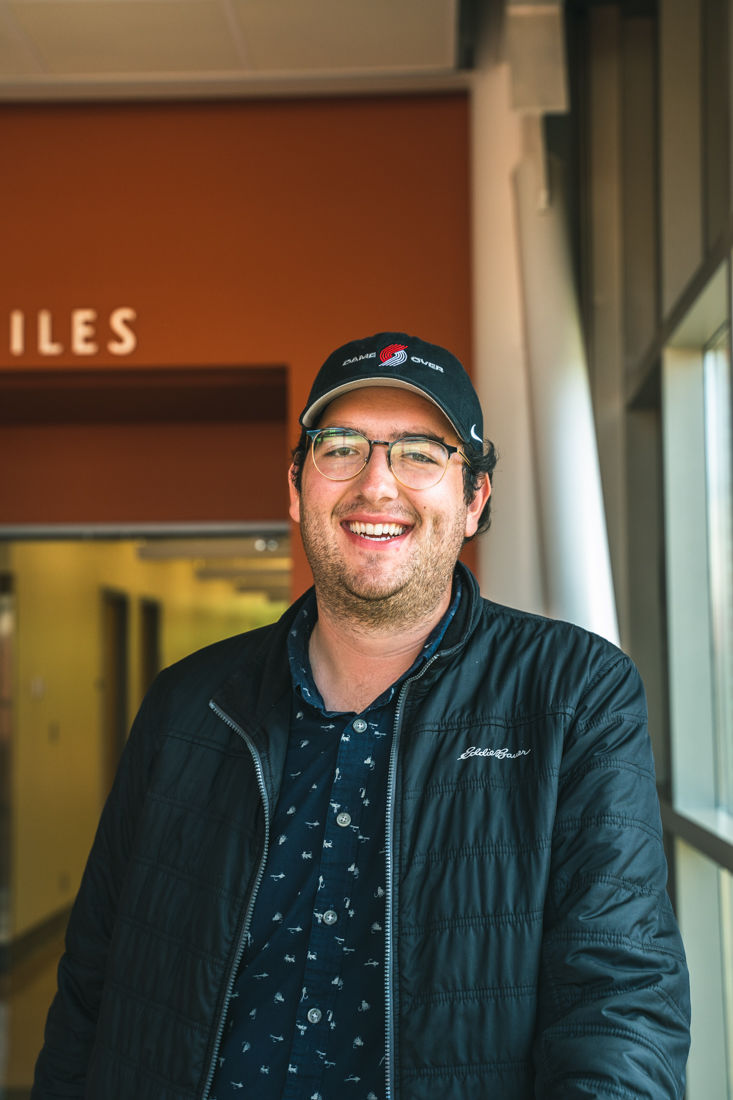 David Martinez is the current president of the Music Industry Collective. (DL Young/Emerald).

Editor's note on the morning of Wednesday, Oct. 2: Frankie Kerner, an arts and culture writer for the Emerald, is a member of the Music Industry Collective and is featured in the above photograph. Kerner had no part in reporting this story or in the editing process.

More than anything, Jill Sullivan wanted to make friends.

It was 2016. Sullivan had just moved from California to begin her first year at the University of Oregon. She brought with her a love of music and not much else. She rarely sang and hadn’t played an instrument in high school.

Yet, her love for music never stopped at listening to it. Sullivan loved seeing artists perform. She loved the electricity felt in a large crowd, connected by live music. She loved the unity among fans and music lovers.

She wondered how it all worked. Who books the bands? Who reserves the space? Who promotes the show? Who provides the water for thirsty concert goers? And who makes sure everyone is safe during a mosh pit?

By the end of her first year, Sullivan had found answers — and friends — after joining UO’s Music Industry Collective, a student group meant to introduce students to the music industry. But since 2016, it’s proven to be much more, becoming a tight-knit group of music lovers dedicated to sharing their passion amongst themselves — and with the rest of the world, too.

“The MIC has opened doors for me, and I’ve found that sense of community I was looking for,” Sullivan said. “When I first got here, I was in the business school. I thought I would do marketing and eventually work for some random company. I didn’t know a group like the MIC existed.”

While the UO’s School of Music and Dance doesn’t offer an official music business major, students can earn a degree with a concentration on popular music while taking either industry or music-business specific tracks. The MIC wants to pick up the slack left in the absence of specific courses related to music business and artist management.

In February, in collaboration with UO’s School of Music and Dance, the MIC held UO’s first Music Industry Networking Fair, which connected students with close to 30 different local music businesses. Two months later, Sullivan helped put together the 2019 Women in Music panel, which featured guests from all facets of the music industry, from recording artist Anna Bulbrook from the band GIRLSCHOOL to independent record label president Portia Sabin.

“It’s opened up opportunities for me to book artists I really love, and I get to watch them play at my school with 800 other students,” Sullivan said. “I get to meet people who I really look up to.”

After serving as vice president of membership last year, Sullivan will begin this year as the MIC’s VP of external affairs, acting as a liaison between the MIC and the rest of the community.

Since 2018, weekly attendance of the MIC meetings is required for students in the Pass the MIC First-year Interest Group. The idea of a FIG is to demystify the college experience for first-year students by putting them in a small group that takes subject-specific classes together.

This year's president of the MIC, David Martinez, plays the sousaphone in the UO marching band. The lack of stability in a professional orchestra dissuades Martinez from pursuing a career as an actual musician; however, his interest in music as a career remained. In his freshman year at UO, a professor told him about the MIC, but other commitments prevented him from attending more than a few meetings.

“Come sophomore year, I began going more regularly,” Martinez said. “I noticed that not only does the club provide students with information on nearly every aspect of the music industry, but they had also created a great sense of community within the club and the city of Eugene. Ultimately, it was this community that sparked my interest in joining the leadership team.”

As president, Martinez hopes to continue attracting students from all over campus. The music industry is multifaceted. Aside from the music and business components of the industry, journalism can play a big role too. Music and culture critics can sometimes have an unfair amount of influence over what gets popularized and what doesn’t. It’s an important job that often gets overlooked when thinking about the music industry as a whole, Martinez said.

“The business school constantly supports us with funding because we’re providing something they’re not. Even the journalism school has partnered with us because they noticed a lack of music and art journalism being taught in Allen Hall,” he said.

The MIC’s official faculty advisor, Kate Harmon of the Lundquist College of Business, has been with the MIC from the ground up. Every year, Harmon helps pay for a group of students to go to South by Southwest, a popular technology, music and innovation conference held in Austin, Texas. Except there’s one condition:

“I ask them to give back by creating something that spreads the entrepreneurial spirit. In 2016, I had a student named Desmond Harvey who was really interested in the intersection between music and business. Starting the MIC was how he gave back,” Harmon said.

Harmon has always noticed the similarities between artists and business-minded people. To her, they’re both self-motivating, their drive often stemming from a passion, if not an obsession, for what they love.

“You have to be entrepreneurial to be successful in both of these areas,” Harmon said. “These students aren’t just bringing in guest speakers. They’re getting hands-on experience booking and hosting artists.”

Last year’s president of the MIC, Bobby Schenk, had been there from the start. He and Harvey were two of the nine founding members. Along with founding member Aiden Allison, Schenk helped design the FIG based on the club, helped organize the first-ever music industry networking fair and also began developing a music industry minor in the School of Music and Dance. “Allison and I have put a lot of time, blood and sweat into this club,” he said.

Sullivan says MIC members almost immediately benefit from the connections made during the weekly meetings. It’s where she got invited to her first house show. It’s where Schenk found a community that would carry him through his four years of undergrad.

“At that time I really felt that a community around music was lacking at the University of Oregon,” Schenk said. “The MIC isn’t just about building skills and learning about how the music industry works; it’s about making connections and making friends with people who love music so much they want to know how it works on every level.”

Toby Koenigsberg, coordinator for the popular music program through UO’s School of Music and Dance, is about to begin his second year teaching the Pass The MIC FIG. His program will also be collaborating with the MIC for an artists’ lecture series later this year.

“The School of Music and Dance has become more involved with the MIC over the last two years,” Koenigsberg said. “It helps to connect music students with industry professionals and with students from other schools and colleges who have similar or related interests and career goals.”

Because Schenk graduated in June, his presidential duties within the MIC have ceased, but the community he’s helped build is still looking toward the future, hoping to expand to include music professionals from all corners of the industry.