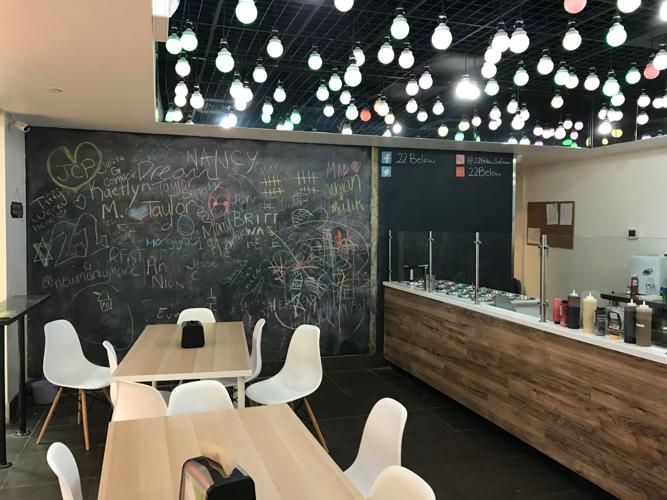 The Valley River Center location is perfect for families to eat ice cream after seeing a movie or while shopping. (Leanne Harloff/Emerald) 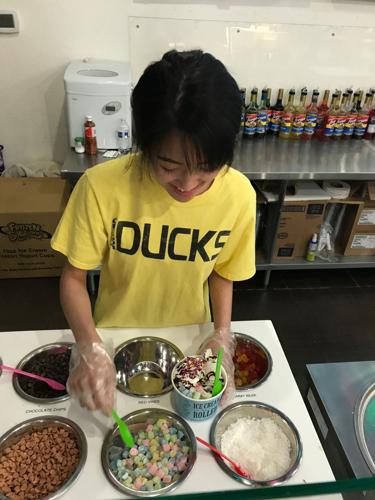 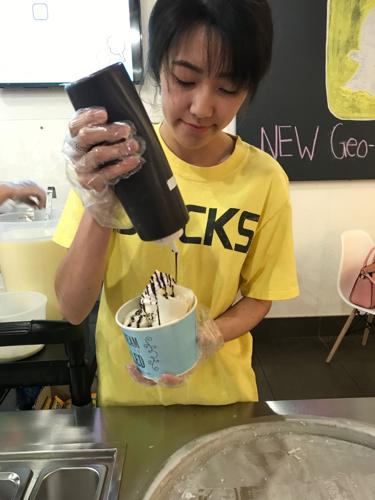 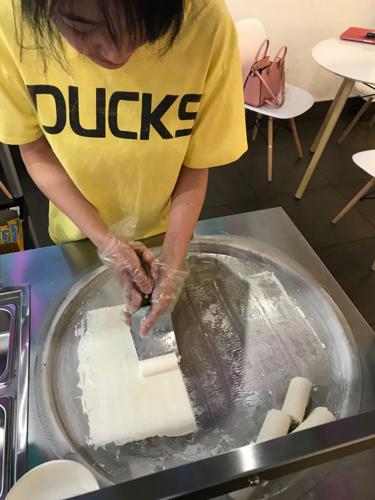 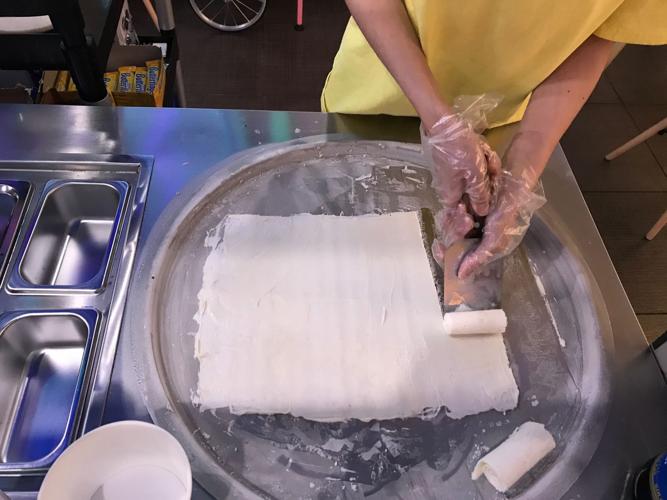 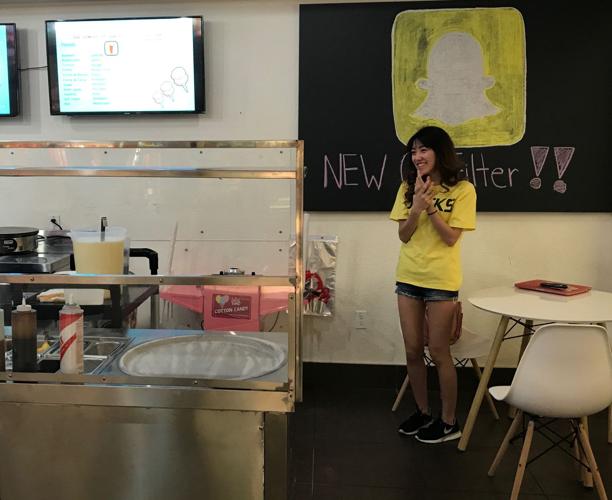 Kady Chen lives a busy life as a college student, mother and co-owner of 22 Below. (Leanne Harloff/Emerald)

The Valley River Center location is perfect for families to eat ice cream after seeing a movie or while shopping. (Leanne Harloff/Emerald)

Kady Chen lives a busy life as a college student, mother and co-owner of 22 Below. (Leanne Harloff/Emerald)

Unlike many other University of Oregon students, Kady Chen, 19, won’t be searching for a job after graduation; she is already the co-owner of a local business with her fiancè, Yao Zhang, 21. She will leave UO with a diploma, a job, a fiancè and an infant daughter at home. On top of all of this, she has acquired a unique and profitable skill: rolling ice cream.

Chen and Zhang opened 22 Below, a rolled ice cream shop, in April at the Valley River Center. After years of searching, they found the ideal spot for their business next to the mall’s movie theater.

“It’s perfect. It’s where all of the families and children come to the movies and now they can get rolled ice cream too,” Chen said. She discovered this phenomenon a few years back while on vacation and was awed by the creative concept. She quickly decided to bring the technique, which originated in Thailand, back to Eugene.

“I grew up in Oregon so I know that it never gets any of those fun touristy things that big cities get,” Chen said. “We decided that we needed to bring this back to where I grew up.”

Numerous videos have appeared online showing the process, but watching in person is mesmerizing. In one smooth motion, Chen pours the creamy white liquid onto a circular pan on the countertop. This area is a freezing minus 22 degrees celsius, hence the store’s name. As soon as the liquid is poured, she starts smearing it across the chilled pan and tossing in added items, such as Oreos, liquid flavorings and fresh fruit.

After mixing all ingredients together, Chen flattens the thickening ice cream in a rectangle shape across the pan’s surface. From there the rolling magic begins. Scraping the now-solid ice cream off the frigid area takes some major arm strength and lots of practice.

“It takes a lot of learning,” said Chen. “I had to do it a lot before getting it perfect.” Each roll is carefully placed side by side in a bright colored cup and customers then decide from a variety of toppings. A popular choice is the toasted marshmallow, roasted in front of customers and artfully placed in the cup. Adding Rainbow sprinkles gives a colorful flare to the final product.

“What’s really special about rolled ice cream is that it’s made to order, so you will always see what’s being put into your ice cream; you know exactly what’s there,” Chen said. Also special is the fact that 22 Below’s ice cream base is entirely lactose-free, making it an appealing treat for those with dairy restrictions.

According to Chen, thus far, the idea has paid off. The social media buzz surrounding the store’s opening was massive and has led to a constant stream of customers excited to witness the rolling action in person. Chen plans to open a second store in Salem this summer and hopes to expand to Portland shortly afterward, but it’s not an easy task to balance keeping up with school, caring for a child and managing a business.

“Once I graduate I’ll have more time on my hands and it’ll definitely be easier,” Chen said. She often spends her afternoons at the Eugene store and enjoys meeting new people every day.

“They are so surprised and so amazed by this. I just say, ‘We’ll do the magic’ and then we roll it all up,” she said. “They just love it.”

Earlier this month, Chen and Zhang decided to bring their product to the ASUO Street Faire. “I love the street faire,” Chen said. “A lot of students don’t know how to take the buses or don’t have cars so I wanted them to be able to have this ice cream on campus, especially after midterm week. It was really fun.”

Beyond ice cream, 22 Below has homemade cotton candy, crepes and Italian sodas. Though Chen says rolled ice cream is the clear favorite, she highly recommends the cotton candy, which comes in multiple flavors.

While Chen’s time as a student is wrapping up, her busy schedule will continue as she prepares for the grand opening of the Salem location. “It’s all very exciting,” she said.

As far as ice cream recommendations go, her personal favorite remains the New York Cheesecake. “We put in an actual piece of cheesecake and some fresh strawberries and we mix it all together,” she said. “I love it.”

Florence + the Machine returns with poetry and emotion