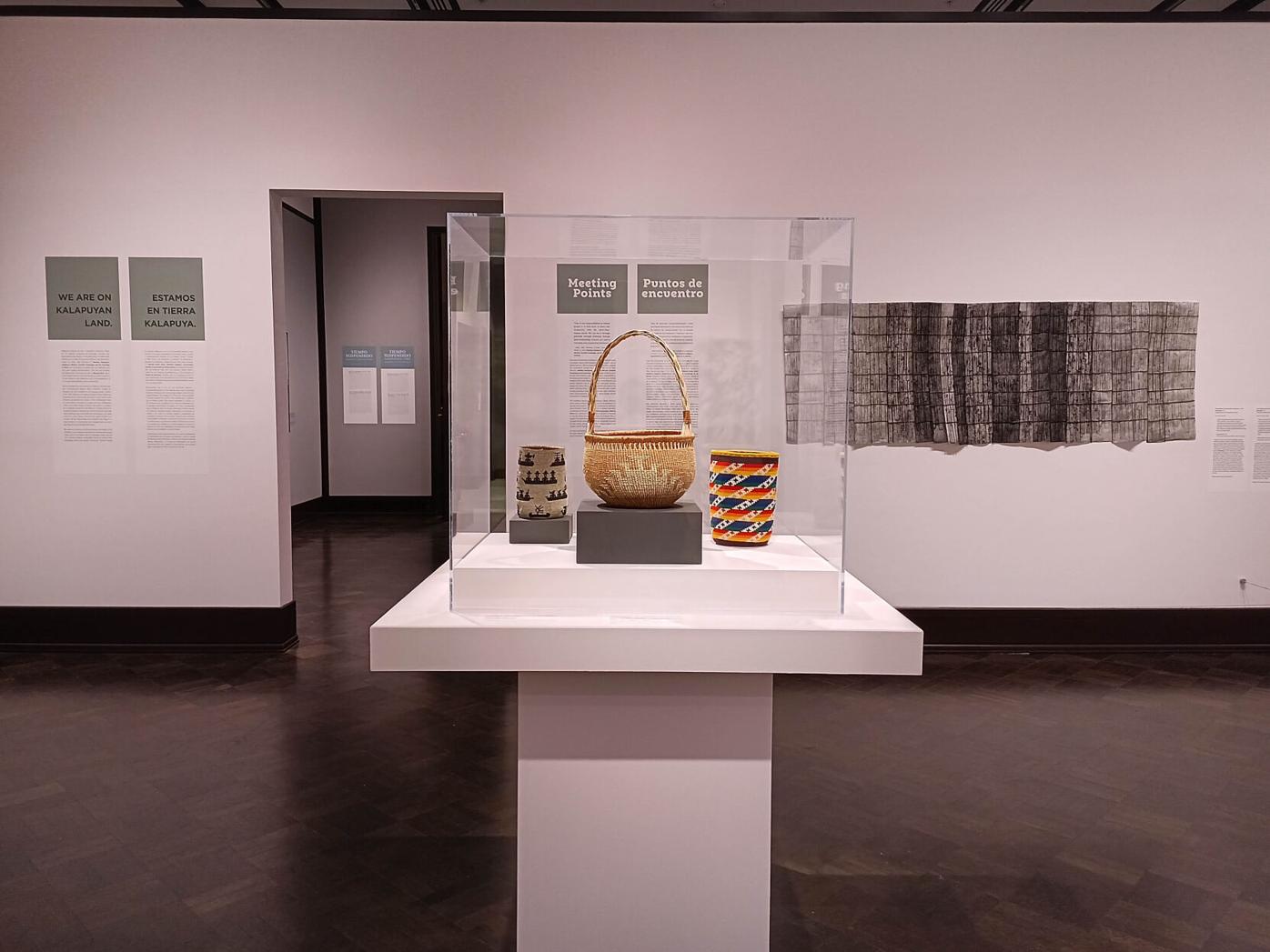 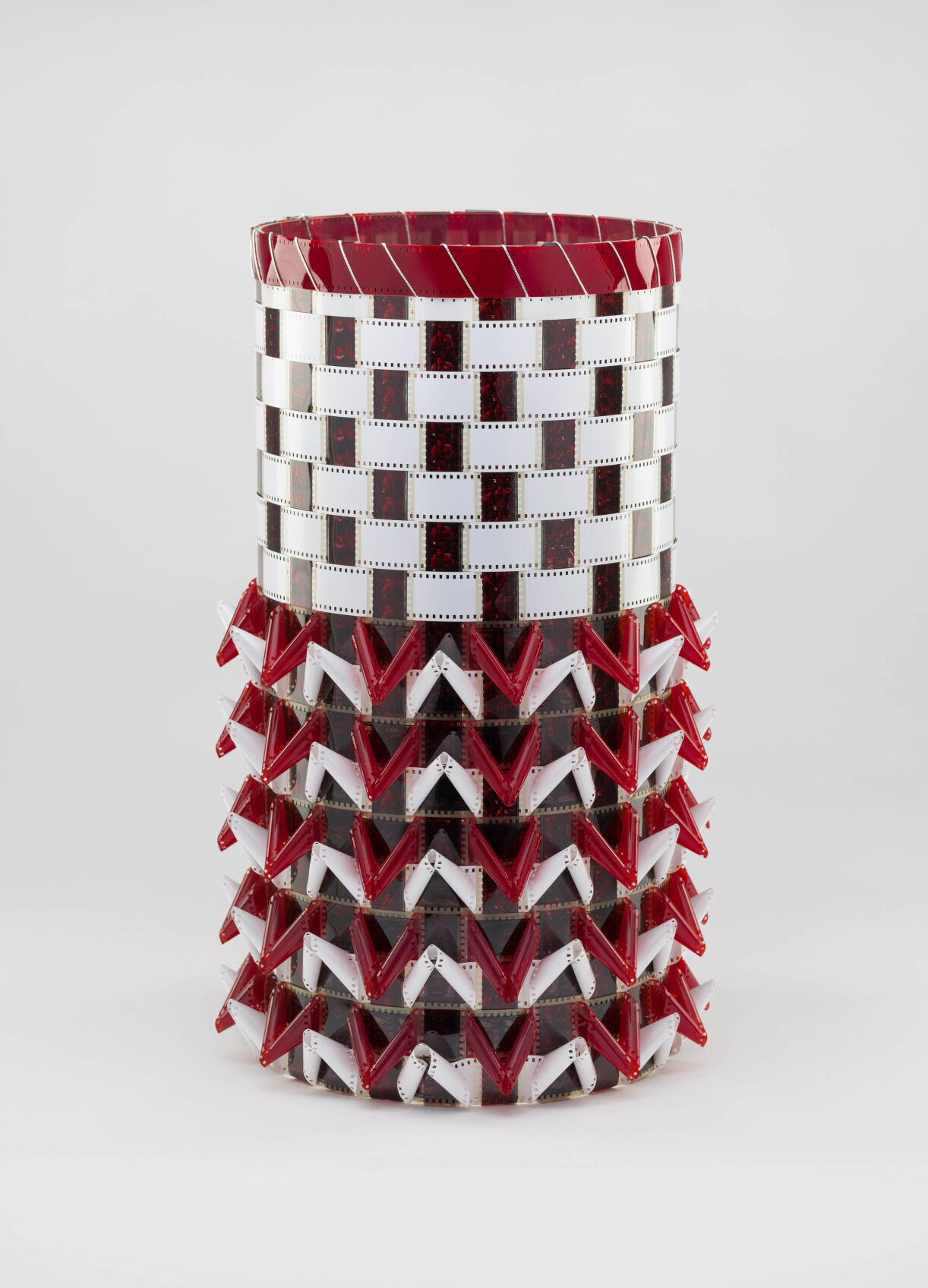 Gail Tremblay (Mi'kmaq and Onondaga). 1981 Film Irony: Trying to Have an American Film in Cheyenne Native Language Judged in the Foreign Film Category for the Oscars (Even the Academy Rejected the Proposal), 2018. 35mm film (from “Windwalker," 1981), red and white film leader, silver braid, 24 x 14 x 14 in. Image courtesy of the Artist and Froelick Gallery; photography by Mario Gallucci. The University of Oregon hosts a brand new JSMA Exhibition, featuring works from a variety of sculptors, installation, and conceptual Artists (Sam Henry // The Daily Emerald) 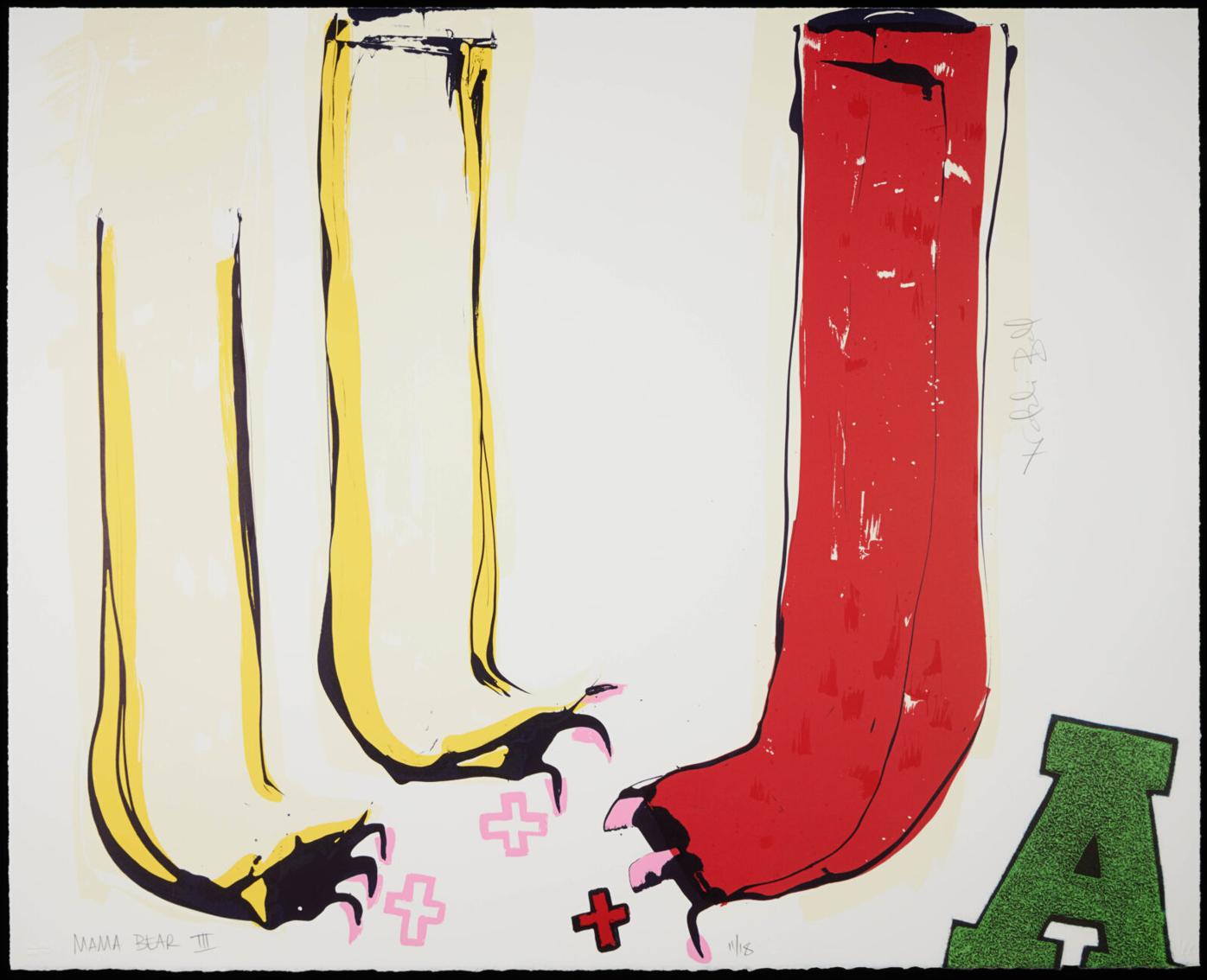 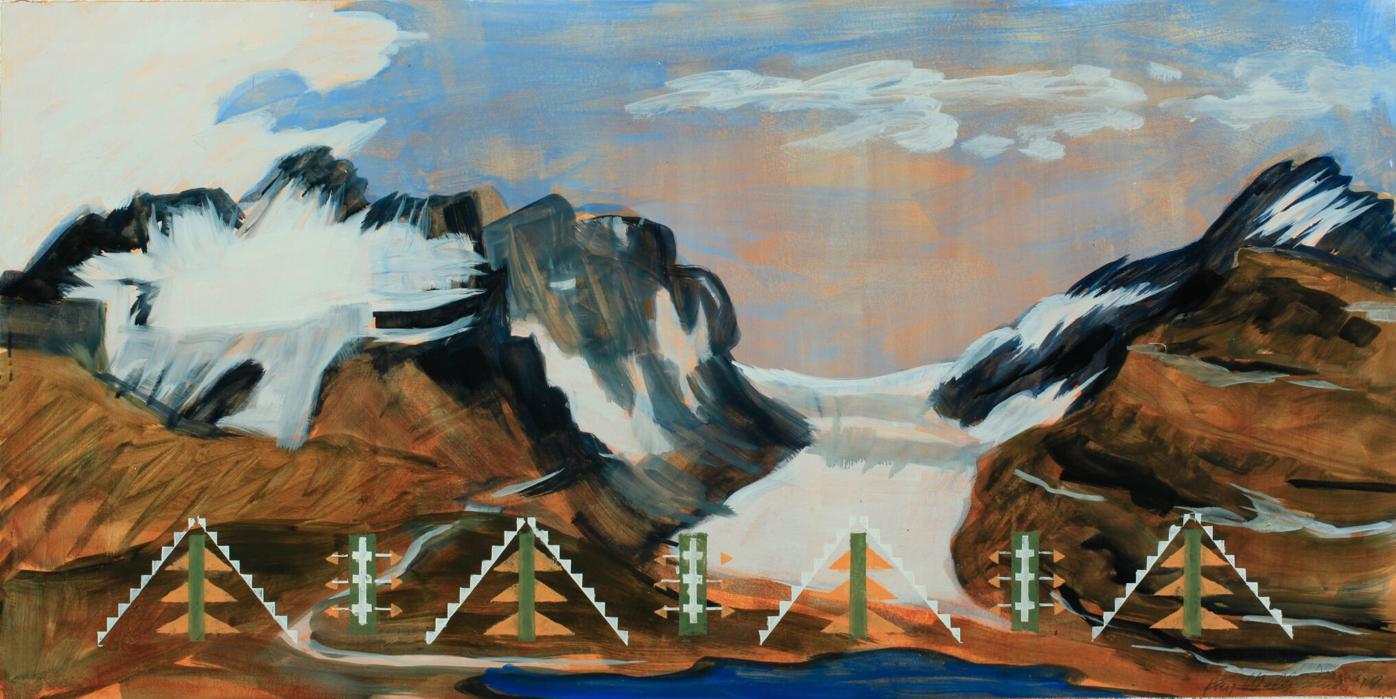 Gail Tremblay (Mi'kmaq and Onondaga). 1981 Film Irony: Trying to Have an American Film in Cheyenne Native Language Judged in the Foreign Film Category for the Oscars (Even the Academy Rejected the Proposal), 2018. 35mm film (from “Windwalker," 1981), red and white film leader, silver braid, 24 x 14 x 14 in. Image courtesy of the Artist and Froelick Gallery; photography by Mario Gallucci. The University of Oregon hosts a brand new JSMA Exhibition, featuring works from a variety of sculptors, installation, and conceptual Artists (Sam Henry // The Daily Emerald)

The University of Oregon and the Jordan Schnitzer Museum of Art are located on Kalapuya Ilihi, the homeland of the Kalapuya people. The Kalapuya people were forcibly removed by the United States government from their homelands like many indigenous people of North America and the Pacific Northwest.

Nine tribes are represented in the new exhibit at the JSMA called “Common Seeing: Meeting Points.” The exhibit features work by artists from Oregon and Washington — and one from Pennsylvania. The art is by Natalie Ball, Joe Feddersen, Bud Lane, Joey Lavadour, Brenda Mallory, Lillian Pitt, Gail Tremblay, Kay WalkingStick and Shirod Younker.

“Meeting Points” serves as one part art exhibit and one part shared reading experience. The exhibit is tied to UO’s 2021 Common Reading program where the university distributes a piece of writing to the entire body of first-year students to engage in university wide discussions. The book for this year is “Braiding Sweetgrass: Indigenous Wisdom, Scientific Knowledge and the Teachings of Plants” by Robin Wall Kimmerer, a member of the Citizen Potawatomi Nation. Her book goes into great detail on her relationships with her tribe's history, her indigenous culture, her family and the earth. Kimmerer’s introduction to botany started young because of her connection to nature, but she also learned academic botany at State University of New York College of Environmental Science and Forestry. These themes are mirrored throughout the art in the exhibit.

The curator of the JSMA’s McCosh exhibit, Danielle Knapp has been working on the Common Seeing exhibit for six years now. Inspired by Kimmerer’s book, she wanted to coordinate an exhibit that followed the theme of community while bringing together art pieces by several artists. “We wanted people to come in and not necessarily think of any of these as standalone objects, but how do they all talk together?” Knapp said.

When a museumgoer enters the exhibit through the west entrance, they will immediately be drawn into “Partitioning” by Brenda Mallory. What looked like one block of shades of gray at first is really made up of small squares of Kozo paper, which are made from Mulberry tree. Each square is pressed with prints made from materials like paper, glass and metals at a garbage dump. The printed paper was sewn together to create the layering of grays that blend within each other.

Mallory is a member of the Cherokee Nation of Oklahoma. She’s a late bloomer when it comes to art, reigniting her passion for it in her 40's. Her piece represents the partitioning which “breaks up communal landholdings, breaks up relationships, families and communities,” Mallory said. Even though Indigenous issues are floating through her mind constantly, this detrimental act was at the forefront while she made the piece.

Another piece in the exhibit is “The River Totem” by Lillian Pitt of Warm Springs, Wasco and Yakama. Using clay, sticks and metal with old and new techniques, like ceramics and classic woodcarving, Pitt created the mountain spirit. The spirits’ lips purse forward to whistle at the viewer. In the spirit's original story, the whistle could lead someone deeper into woods if they were bad or toward safety if they were good. There are handprints of Pitt on the face, making her part of the art.

In the center of the exhibit, there are three baskets. One is a Siletz braided double handled basket intricately created by Alfred “Bud” Lane III of the Confederated Tribe of Siletz. This exquisite basket has an intricate twirling of spruce root, hazel sticks and bear grass. The basket right next to it is similar in style, but different in content. Joe Fedderson of Colville Confederated Tribes, Okanagan and Arrow Lakes created a basket that at first seemed like it featured average canoeing figures. But, upon closer inspection, some sport baseball caps, and one even has a satellite dish for a head.

“One of the points of his art-making is to show that the iconography of native art doesn't need to be just traditional iconography,” Knapp said.

This expansion from tradition can also be seen in the colorful basket of Joey Lavador of the Walla Walla/Métis. His basket features the vibrant rainbow of Pendleton blanket yarn.

“We even introduce a tidbit about what the artists are trying to accomplish in their work,” Knapp said. “That will get them thinking about all those different points of their own identity that feed into each other and creatively when artists make those decisions, and we're all multifaceted individuals.”

All of the pieces in “Meeting Points” are beautiful separately, but come together to form a cohesive exhibit. Together, they create an introspective display on the artist's expressions of Indigenous culture, offering a learning experience to all viewers. “The gifts of each are more fully expressed when they are nurtured together than alone,” Kimmerer said in “Braiding Sweetgrass.” Even though her words here apply to the growth of corn, beans and squash, the idea still applies.

I am an Arts and Culture reporter for the Daily Emerald. I also work on the Turning Tunes podcast and at KWVA as DJ Pahvi. I'm heavily interested in music, art, books, and DJing.