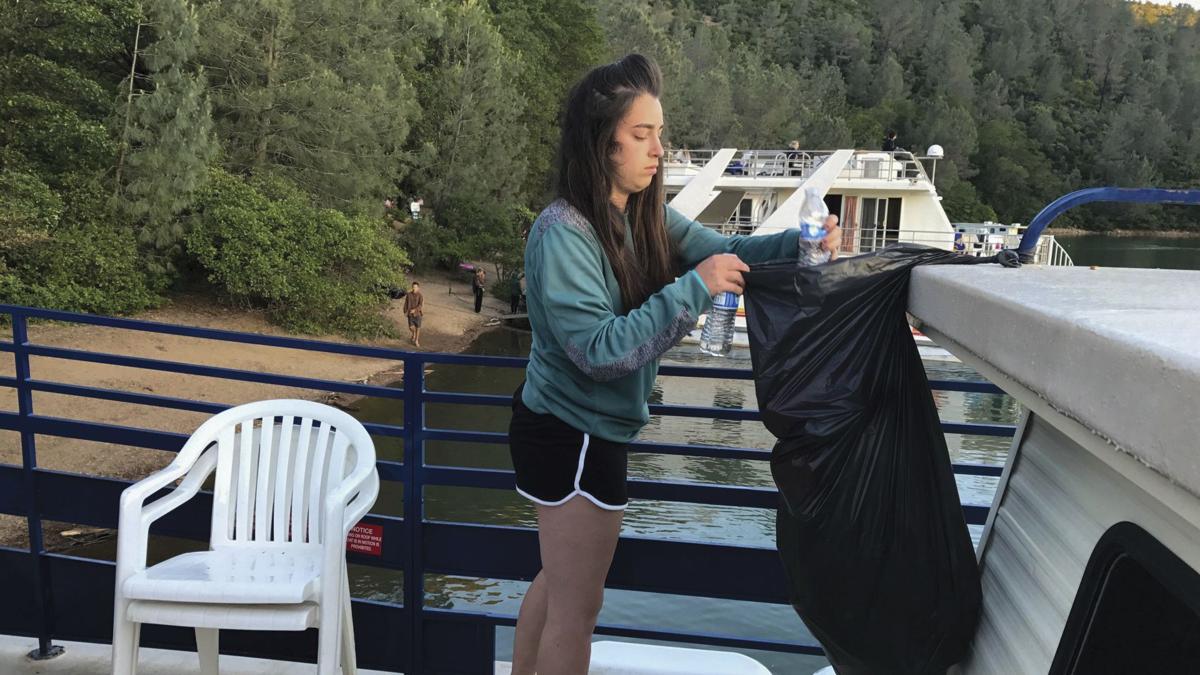 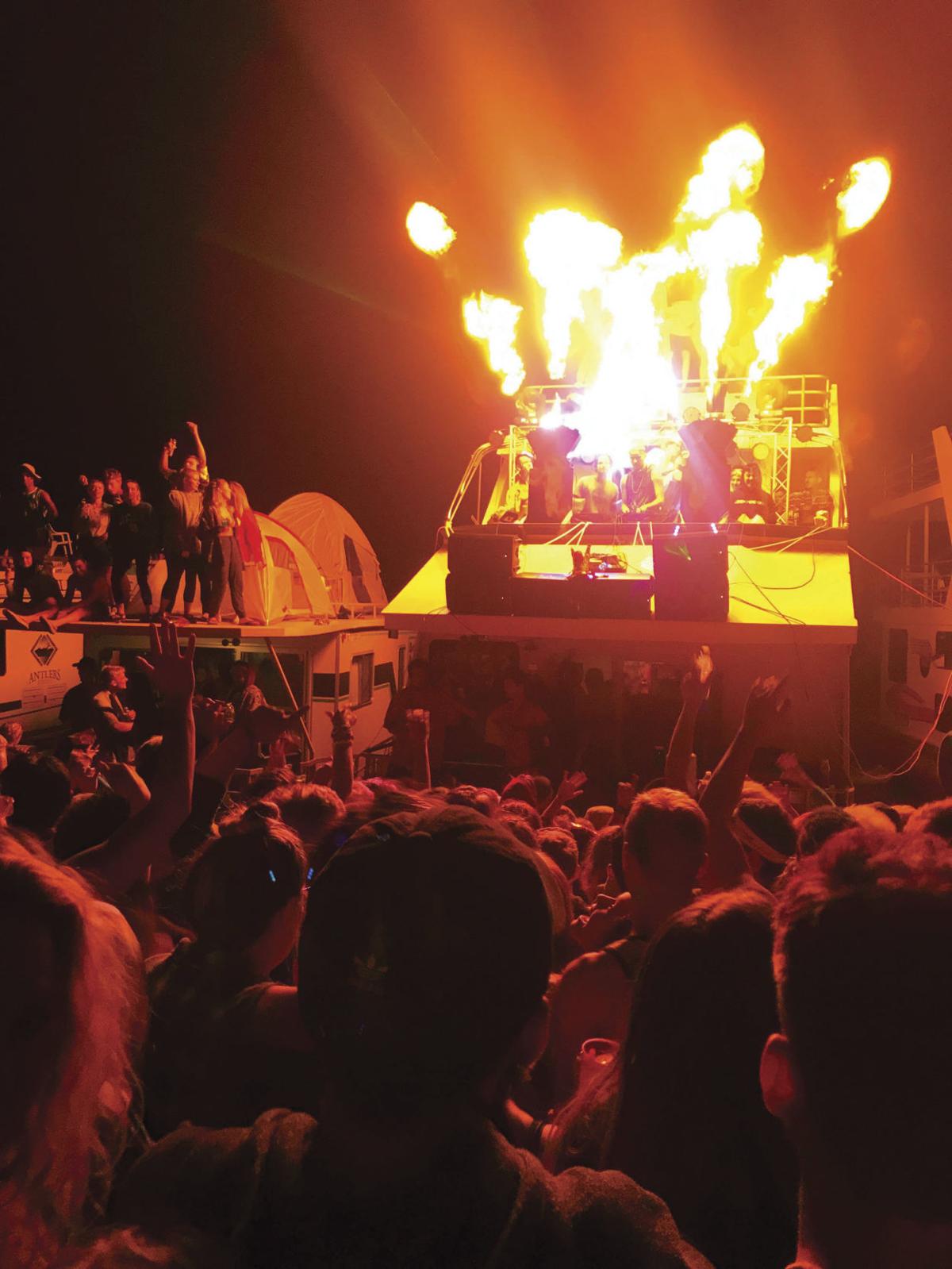 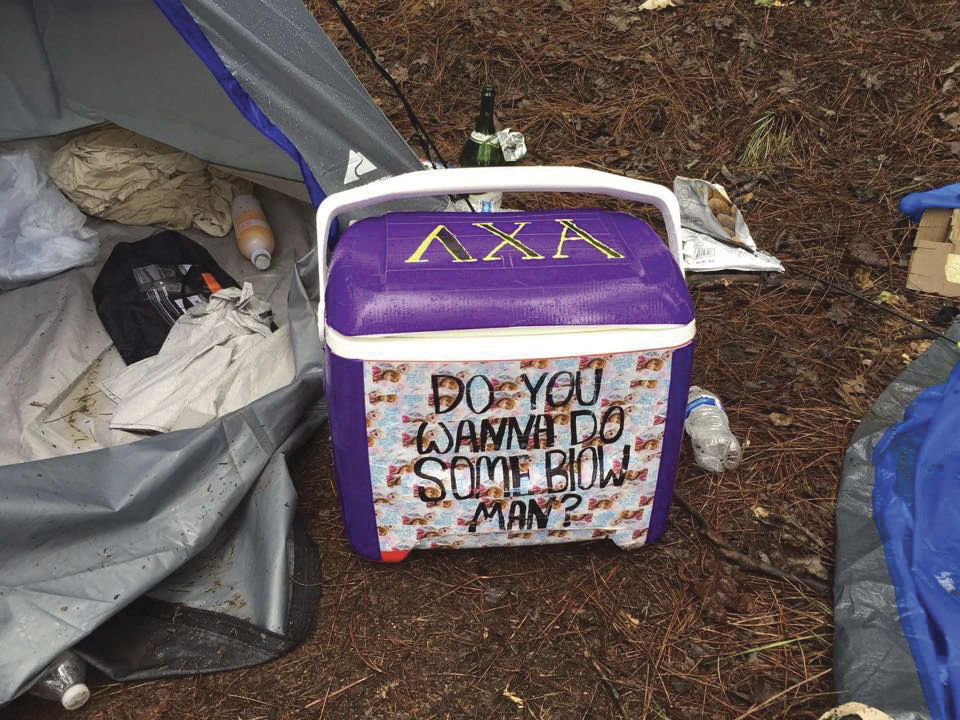 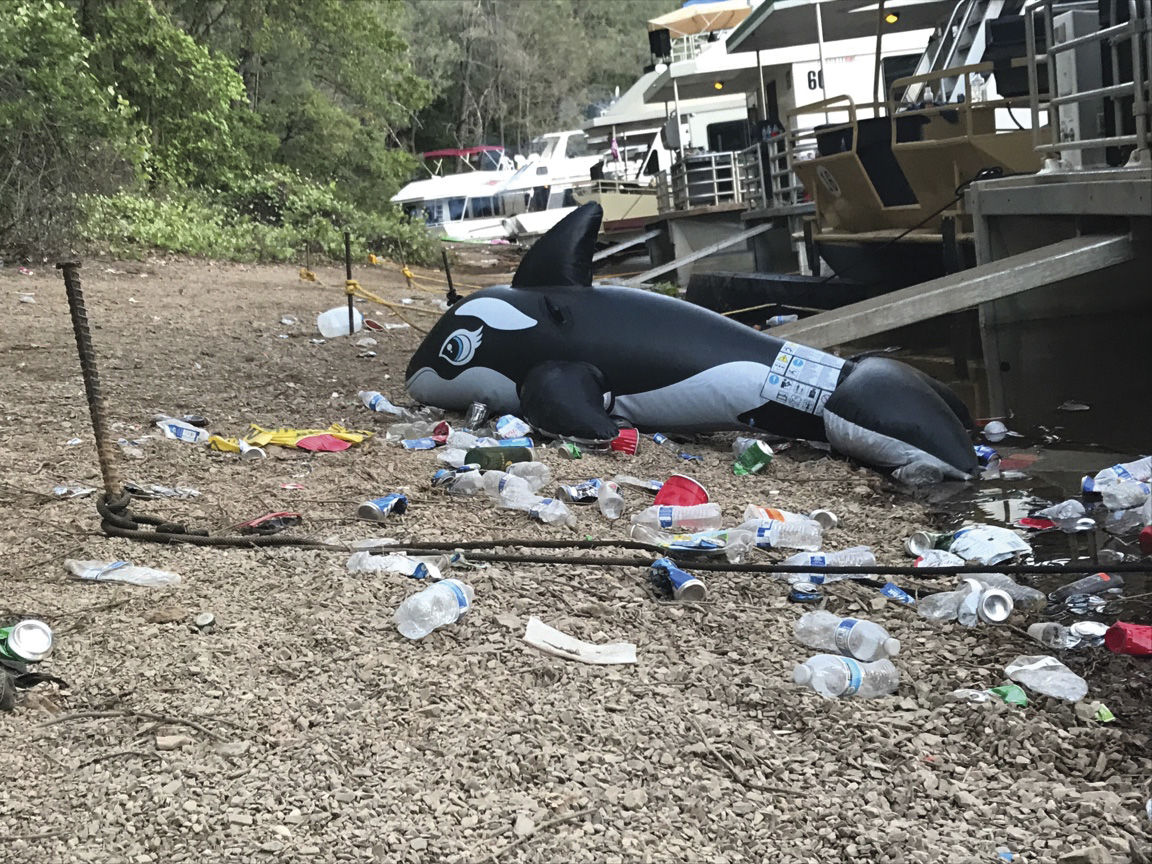 University of Oregon students remember the infamous purple cooler from last year’s Shasta Weekend emblazoned with the phrase, “Do You Wanna Do Some Blow Man?” and the Lambda Chi Alpha Fraternity letters. The image was just an example of the mess created by University of Oregon students on Slaughterhouse Island during the annual Shasta Weekend trip.

The Facebook post with the image of the cooler went viral and garnered national attention. It was shared over 71,200 times.

Slaughterhouse Island in Lake Shasta was labeled a biohazard, and 25 workers in the forest service were called in to clean up the mess left by the students, including trash, tents and human waste.

The UO Lambda Chi Alpha chapter was temporarily suspended by its national leadership. The fraternity issued an apology, but the volunteers from the fraternity sent to help with the cleanup were turned away because the site was deemed too hazardous due to the human waste left on the island. The fraternity is no longer suspended, but it refused to comment on whether any of its members are attending Shasta this year.

At Lake Shasta, students rent houseboats and party all weekend. Photos and videos of the trips show students drinking alcohol, swimming, smoking and dancing on boats at the lake, as well as partying on the shore.

The sheriff’s boating safety department at the lake has been working with the National Forest Service and the resorts in the area to keep students safe and prevent littering as much as possible.

Shasta County Deputy Ray Hughes explained that this year the resorts in the area will be providing receptacles for trash.

“If kids don’t want to keep their tents, they can throw them away,” he said.

Marina manager for Jones Valley Resort Ricky Villanueva confirmed, “We provided a dumpster there and apparently the kids would see the dumpster and take in their trash. It made a big difference. We plan on doing it for years to come.”

According to UO sophomore Dani Gomez, who attended Shasta Weekend for the second year in a row, “Everyone was kind of trying to make a bigger effort to not create a situation like last year.”

Gomez said many students attempted to clean up the landscape.

“By the time I packed up onto my boat, there was nothing left on the island. All the tents were gone and boys were walking around with trash bags,” she said.

The Division of Student Life from UO and Oregon State University worked together to send a joint letter addressed to fraternity and sorority chapter advisors at both schools. The letter stressed safety and declared that the trip is not endorsed by either institution. “Their decision to attend is not condoned by their chapter, their international organization, or by UO/OSU.”

According to the letter, “Students may in certain instances be held accountable individually and organizationally pursuant to the UO and OSU Student Conduct Codes and local laws.”

The annual trip includes students from many different universities, including UO and OSU. Not all students who attend are members of fraternity and sorority life, but many are.

Although UO and OSU officials don’t approve of poor behavior from students at Lake Shasta, the schools have difficulty identifying specific people whom may have violated the student conduct code, and therefore holding students responsible can be difficult. The schools have made efforts to advise students about safety measures.

UO students were at Lake Shasta last weekend and are expected next weekend as well.

According to Hughes in an interview on Friday, UO students began arriving Thursday and no arrests had been made.

“So far it’s been all right, just kids out here having a good time,” he said.

“It did seem unusual the number of officers that were there and the seemingly minor things that they would stop people for,” he said.

The mix of a large body of water and copious amounts of drinking has annually brought concerns of safety from UO and OSU, as well as the local Sheriff’s office.

“There’s really not anything the university can do to stop the event from happening,” said UO spokesman Tobin Klinger. Klinger explained that it can be difficult to enforce the student conduct code off-campus, and that the university would penalize the students if they could. Often it is too difficult to pinpoint which students did what damage, said Klinger.

According to Klinger, an informational session about water safety and personal safety offered by Student Life through the substance abuse prevention and student success office was scheduled to take place on May 18, but was canceled due to low registration.

In an email from ASUO president Quinn Haaga and ASOSU president Rachel Grisham, the presidents stressed safety and environmental consideration. “Please remember to be good stewards of the environment if you do choose to visit Shasta — which is a national forest,” the email stated.

UO junior Teddy Burnette, a Sigma Phi Epsilon Fraternity member, said last year made fraternities and sororities look bad and this year was a chance to make it better.

“Everyone didn’t want to do that again, and it’s so easy to clean up, so I think everyone really felt obligated to do a much better job this year and make up for it,” he said.

In order to continue the legacy of Oregon students partying at Lake Shasta every year, Bowen Krause, who attended this year, said cleaning up is important for the students who enjoy the trip.

“We go and have a really good time and we want to continue doing that,” said Krause. “So it’s in our best interest to make sure everything is clean so that we don’t get the spotlight again.”

**A previous version of this story stated that SAPP hosted a safety course leading up to the Shasta weekend and that the program had been cut due to budget cuts. The safety course was to be hosted by the substance abuse prevention and student success office.