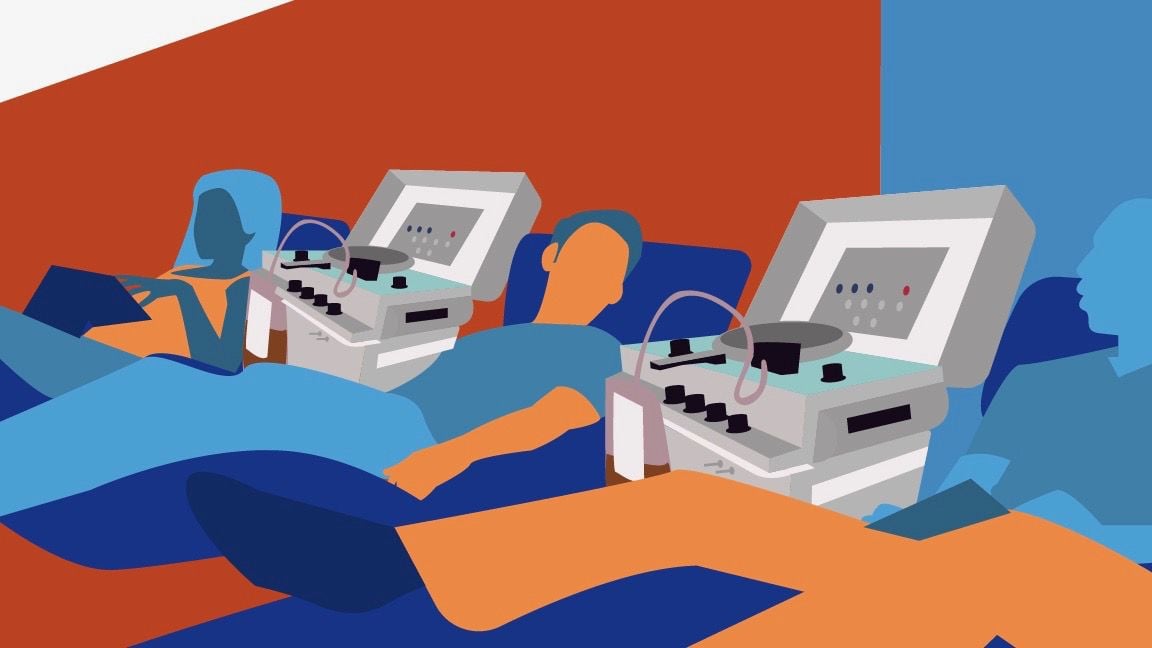 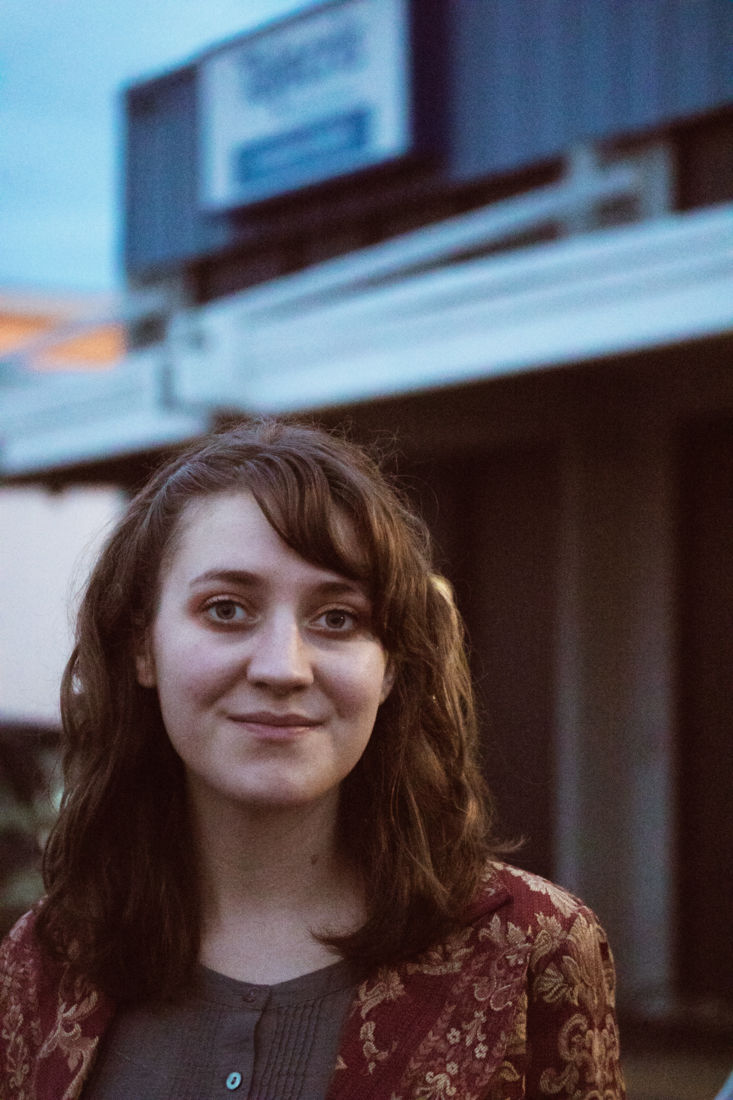 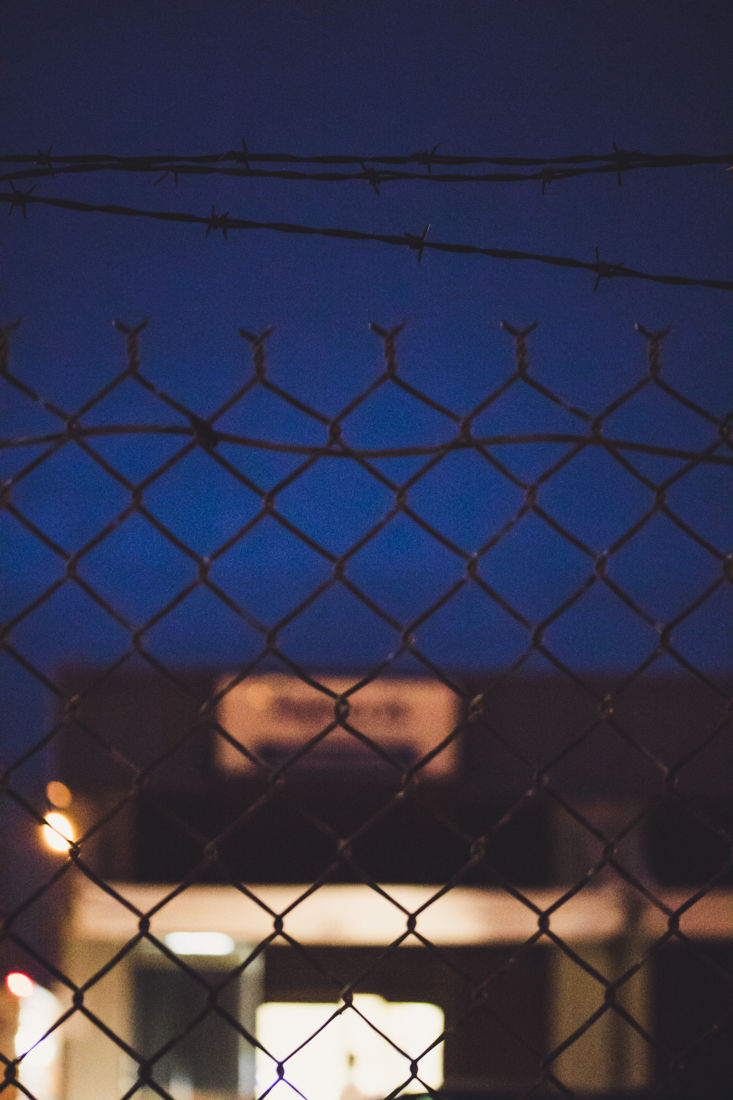 “You just walk in and walk out with money,” says Cheyenne Johnson, a former Lane Community College student. Twice a week, she visits the Grifols Talecris plasma donation center in Eugene, supplementing her income with money exchanged for the plasma in her veins.

Plasma, a component of blood, is used to make medicine. It can be separated out from a person’s blood, and the remainder safely returned to the donor. At the Eugene Grifols location, donors can make between $25 and $150 a week, depending on how many consecutive visits they make —maximum eight visits per month. Cheyenne, 23, visits regularly because her hours have been cut at work, and has been donating since she was 18.

Plasma donation is a source of income for people all over the United States. ABC News reported that 94 percent of the world’s plasma comes from the United States, and 80 percent of the country’s plasma centers are located in poor neighborhoods. Plasma is a $16.8 billion global industry, and it continues to grow. Grifols sells plasma products in more than 90 countries, and is the third largest global manufacturer of plasma therapies, according to its website.

In Eugene, many young adults and students go to the donation center in search of quick cash. Its website even boasts that it’s “just minutes away from the University of Oregon,” and that students can do homework while they donate. Beth Vial, a former phlebotomist at the Eugene Grifols location, estimated that about one third of the donors at the Eugene location are between the ages of 18 and 24.

According to data from the New York Times, the median income of a student’s family at UO is more than double the national average, according to the U.S. Census Bureau. That makes UO the 174th richest university out of 2,395 in the United States, in terms of student wealth. Being a low income student at a school like UO can be an isolating experience, and donating plasma to supplement a small income is just one of the things that might separate low income students from their peers.

Laying back in a comfortable chair and listening to the whir of a machine filtering your blood might seem like fast, easy money. But it’s not always quick or painless, and it’s not guaranteed. Donors can be turned away for a variety of reasons.

A donor’s first visit to the Grifols Telecris building on West 8th Avenue can take several hours. First-timers receive a medical exam and a drug test, and are asked to fill out a long questionnaire and watch an informational video. There are several things that can disqualify a donor, including intravenous drug use, recent tattoos or piercings, or a lack of a permanent address. Vial said homeless people are not allowed to donate because they have a higher chance of being exposed to “high risk activities.”

But young, healthy college students like Corbin Couraud, a senior at UO who regularly donates plasma, have a good chance of qualifying. He said that he once saw a woman who appeared to be homeless come into the donation center holding many of her belongings. “They asked her when the last time she ate was,” Corbin said. When she answered, “Yesterday,” she was turned away.

Cheyenne said she sees all sorts of donors at the center, including “creepy people and weird people, but there’s also put-together people and normal people.” Corbin said that he usually sees other students from UO and LCC. “It’s kind of interesting to look around and think, ‘I have a few really specific things in common with everybody in this room and everything else is a complete mystery,’” he said.

Once the process of signing up with Talecris is completed, visits are straightforward. Donors sit in black chairs until their appointment slot is called. Everyone in the slot shuffles over to the computer kiosks, where they take an abridged version of the questionnaire and return to their seats.

Then donors are individually called into one of four small rooms, where a donor center technician examines them. A quick prick to the finger tests the donor’s blood for iron content and hematocrit level, or red blood cell concentration. They also check the donor’s heart rate, blood pressure, and temperature. If any of these levels fall outside of the approved range, the donor will be turned away and they will not be paid that day.

Some donors leave the rooms looking at the ground, defeated.

“I told them not to put me in room two. It’s bad luck,” a woman said as she left a donor room looking upset. “I never pass in room two.”

Both Cheyenne and Corbin usually pass, but Cheyenne has failed the screening process a few times because she biked to the center. Biking caused her heart rate to be too high to donate. Once, Corbin failed because he hadn’t eaten in several hours.

If a donor passes, they are directed to walk down a hallway and take a seat in a room full of blue lounge chairs. A movie usually plays on the large TVs all around the donation center for people to watch while they wait. Next, a phlebotomist wearing a clear plastic face mask and a light blue uniform smears the donor’s arm with iodine — a thick, foul-smelling, yellow paste. Then, holding the donor’s arm with their gloved hands, the phlebotomist chooses a vein and inserts a 16-gauge needle. It’s roughly three times as big as a needle for a standard ear piercing. Cheyenne and Corbin both look away while the needle goes in.

According to Cheyenne, the process only really hurts when the needle goes in and gets taken out. Corbin said he kind of likes the experience. “I mean, as much as a person can like getting strapped into a machine and having fluids sucked out of their body,” he laughed. He said if he thinks about it too much, the process is uncomfortable, but you can get used to it.

Blood flows through the clear tube attached to the needle and into the plasmapheresis machine. It looks similar to a cassette player; two metal disks spin while the machine separates the plasma from the rest of the blood. Plasma comes out of the machine and into a bottle. “It’s kind of shocking how much plasma they take — it’s a pretty big bottle,” Corbin said. The color of the plasma varies from person to person, from honey to orange. The rest of the blood is returned to the donor through the same tube.

It takes between 30 minutes to an hour for the bottle to fill with plasma. Cheyenne donates with her headphones on. “I always have my music blaring,” she said. After finishing the donation, cold saline runs through the tubes, turning them bright red and sending a chill through the donor.

After the saline, a phlebotomist removes the needle, which stings a bit.  The phlebotomist wraps the donor’s arm in a bandage and they are free to leave. The money earned automatically loads onto the donor’s Grifols debit card. They can return to donate again in two days. The needle leaves a mark. Some people scar more than others, but with frequent donations there’s a good chance that donors will have lasting needle marks.

“I don’t like having marks on my arms,” Cheyenne said. “So far it hasn’t been bad. It’s healed before I’ve gone back.” She worries that people might think she’s on heroin or meth because of the needle marks.

Corbin is less worried about it. “I don’t feel like I strike people as someone who does heroin.” He said that if someone asked he’d just tell them he donates plasma and then they would feel bad for assuming.

But for Corbin, it can be a frustrating experience going to school at UO, because sometimes people don’t seem to understand what it means to be worried about money, he said. “It sucks so much. I’m not embarrassed that I am low-income, but I do get jealous. I get salty about being at a school where I look around and there are people with money,” he said.

Many students on campus have never thought about donating plasma for extra income, according to Corbin. “I’ve had people who do have money and they’re like ‘Oh my god I could never,’” he said. “You would be surprised at what you would do if you were actually worried about where your next meal was going to come from.”