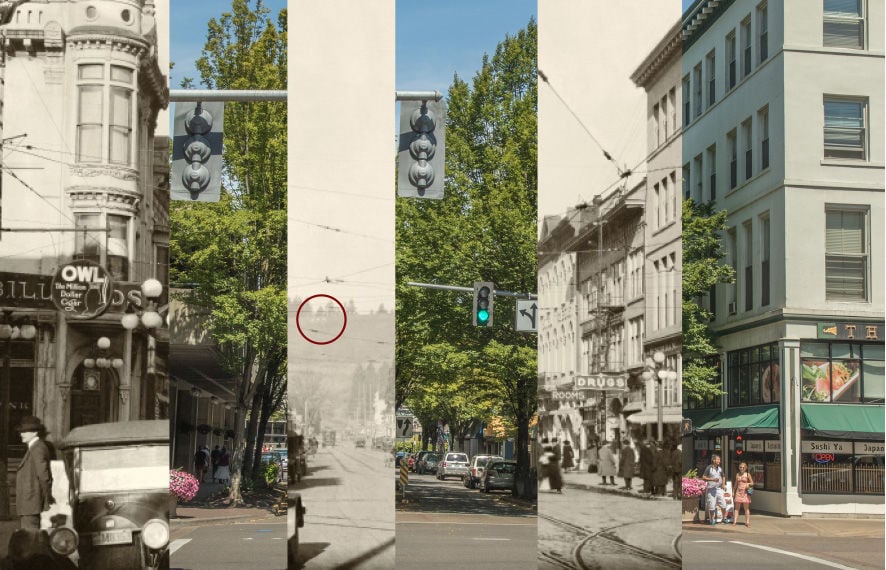 The Ku Klux Klan came to Oregon in 1921. By 1922, the KKK had a foothold in the state and held its first parade through the streets of Eugene and burned a cross atop Skinner Butte. Today, the KKK doesn’t march or burn crosses in public. Yet black people like … 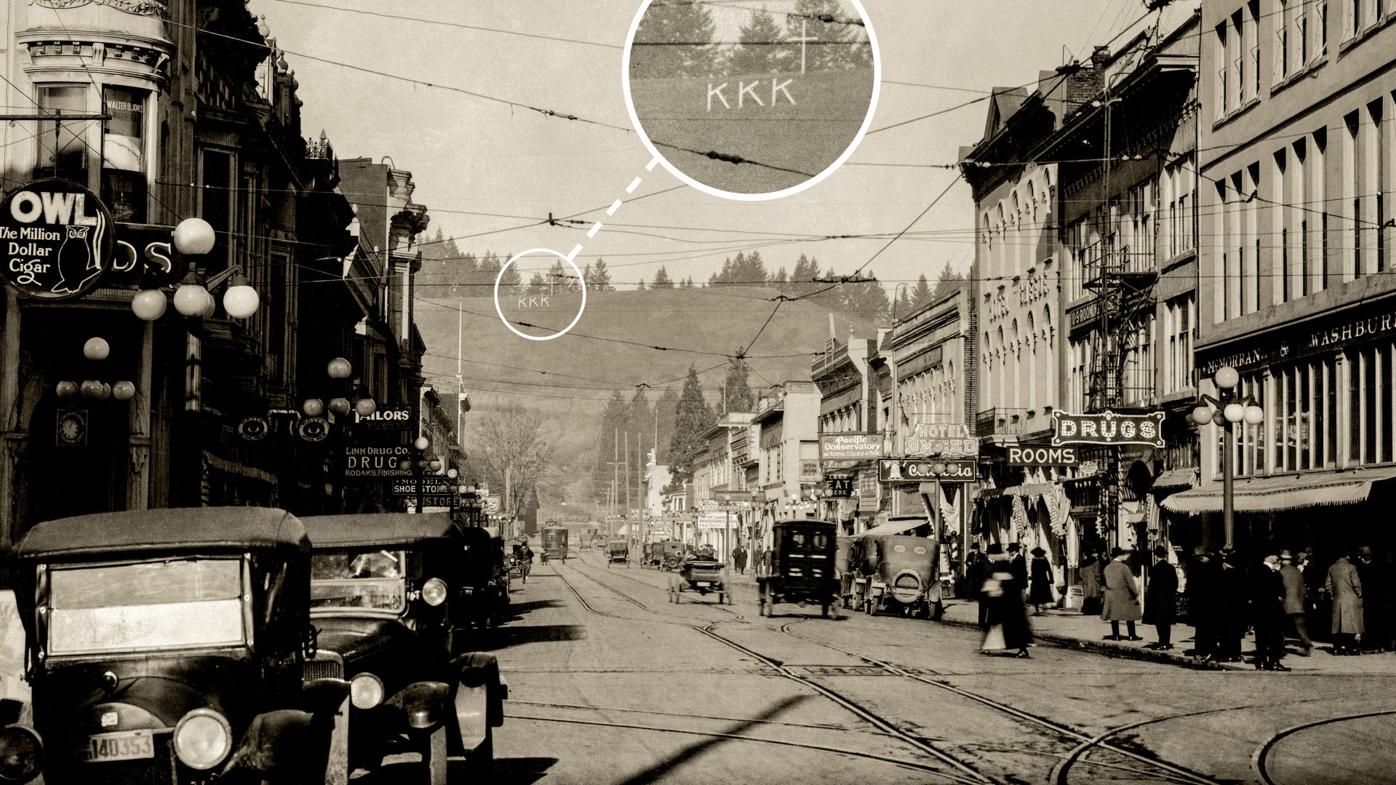 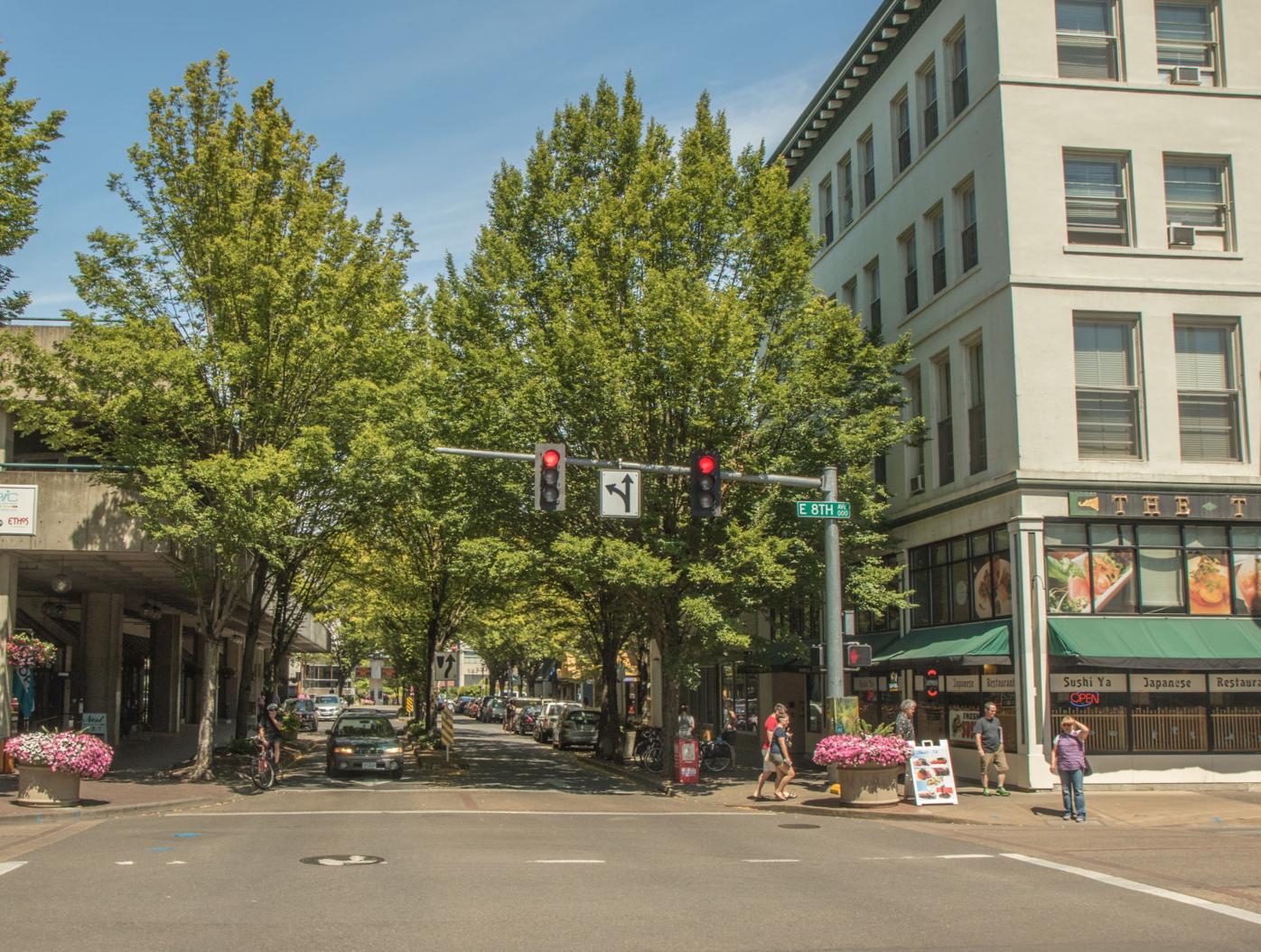 The Ku Klux Klan came to Oregon in 1921. By 1922, the KKK had a foothold in the state and held its first parade through the streets of Eugene and burned a cross atop Skinner Butte. Today, the KKK doesn’t march or burn crosses in public. Yet black people like …

By 1922, the KKK had a foothold in the state and held its first parade through the streets of Eugene and burned a cross atop Skinner Butte.

Today, the KKK doesn’t march or burn crosses in public.

Yet black people like former UO law professor Robin Morris Collin don’t think much has changed. Collin has lived all over the country, including the South, and says Eugene is the most racist place she has ever lived.

“It got to the point where I tensed my shoulders every time I walked down the sidewalk,” Collin said. “Because I could tell that when I came up on a group of people I was expected to step off of the sidewalk to get out of their way.”

A report on this history conducted by three historians was published on August 5, and revealed that Deady ran for political office on a pro-slavery platform, and Dunn was the local Exalted Cyclops, leader of the Eugene Klan.

Christina Jackson, an advisor for black and African retention at UO, says the responsibility for change doesn’t all fall on the university. To Jackson, who is black, Eugene is not the all-inclusive community it is often heralded as.

“When I was planning to move here from Michigan, people kept on telling me that Eugene was a really friendly and welcoming community,” Jackson said. “But in my experience, Eugene is not as friendly toward people of color as people would lead you to believe.”

Eugene has never had a robust black community, and that has contributed a lot to what Jackson sees as cultural ignorance in a lot of Eugenians.

Eugene is 1.4 percent black, according to the American Community Survey, and the overwhelming whiteness of Eugene comes from a long history of minority exclusion, since before Oregon was even a state.

Slavery was illegal in the Oregon Territory, but many settlers brought slaves along the Oregon Trail, according to The End of the Oregon Trail Interpretive Society. These slaves had to be freed within three years of settling in Oregon, but they were then forced to move elsewhere. Many did not have the means to do so and were then subjected to violent laws.

Oregon was the first state to be admitted to the Union with exclusion laws in its constitution, according to Lane Historical Society archives. These laws forbade African-Americans from settling in Oregon. Any who did were required to be whipped twice a year until convinced to leave. This punishment was later reduced to manual labor.

Despite this history, Oregonians were by-and-large shocked that the KKK found such a responsive population here in the ‘20’s.

After recruiting heavily in urban areas, the Klan set its sights on University of Oregon, according to research conducted by former UO history professor Eckard V. Toy. Toy writes that university administration was opposed to the Klan on campus and discouraged students from joining.

Many students rejected it too.

“The university is no more a place for the white-robed Ku Klux Klan than is the great state of Oregon,” one 1922 editorial by Oregon Daily Emerald staff read.

Governor Ben Olcott denied the KKK had any political or social influence in Oregon, which would be disproven when he was defeated in the 1922 election by KKK-backed Democrat Walter Pierce, who won by a landslide, according to LHS records and the Oregon Encyclopedia.

In 1923, the Klan boasted over 35,000 members in a state that had just over 783,000 people, which some historians estimate was the largest per capita of any state in the country.

Traces of the KKK still linger. Two Eugene men admitted in a May 2008 trial to pouring flammable liquid in the shape of a cross and the letters “KKK” on the front lawn of a black family’s residence, according to the Human Rights Commission of Eugene.

This history still plays a large role in the current lack of diversity in Oregon, according the Jackson.

“When you build an institution, it’s going to be affected by what’s already there,” Jackson said. “Racism doesn’t exist in a vacuum. The best thing to do is just acknowledge that history and acknowledge that that creates a certain kind of community here.”

Dr. Anselmo Villanueva, an ethnic studies professor who has taught at UO and Lane Community College, started an informal list 15 years ago of professionals of color who have left Eugene. He still adds to it.

He calls this list “The eXit Files” and estimates that the number of names today is near 350.

Talking to these people, Villanueva found that Eugene’s racist attitude and a lack of support for them in their professions were main reasons for leaving.

“Organizations in Eugene say that they are doing everything they can to hire and retain diverse staff, but they are losing all these people,” Villanueva said.

One professional who left was Robin Morris Collin, a former professor of law at UO. She left Eugene for Salem in 2003, where she joined the faculty of Willamette University.

Collin, who teaches environmental law, said that she had very little support for her work from her colleagues, and she noticed racist attitudes while living in Eugene.

“It’s the hardest place to speak out against it because people don’t want to see it and they don’t want to hear it,” Collin said. “They are completely blind to anything that goes against that image of Eugene as a liberal and friendly place.”

But the City of Eugene has recently worked to create a more welcoming environment, according to Jennifer Van Der Haeghen of the Office of Human Rights and Neighborhood Involvement in Eugene.

Eugenians can report acts of discrimination or civil rights issues, not just racial discrimination, to the HRNI Office online, by phone, or in person. The office publishes an annual report of hate and bias in Eugene. Race is often the most cited type of discrimination reported. In 2014, the office received 22 reports, and six of these were race-related.

“When hate and bias activity occurs it undermines our vision for a safe and welcoming environment,” Van Der Haeghen said. “Hate and bigotry has been, over and over, denounced as not acceptable here.”