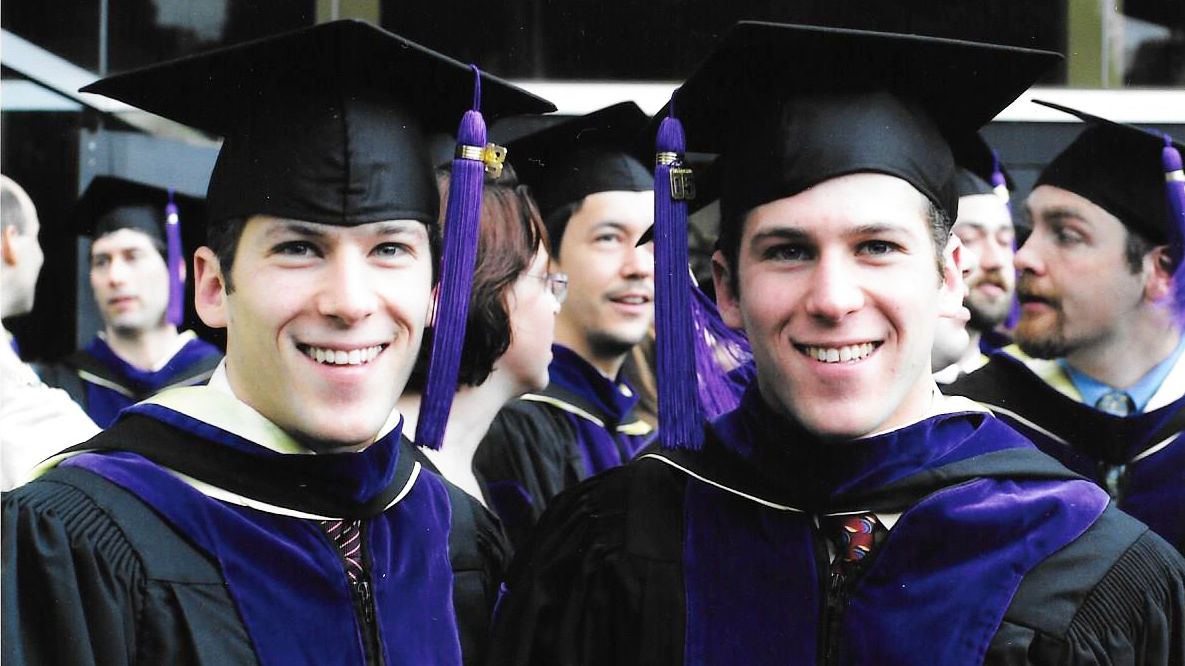 David (left) and Ben Eder graduating from the University of Oregon School of Law in 2005. 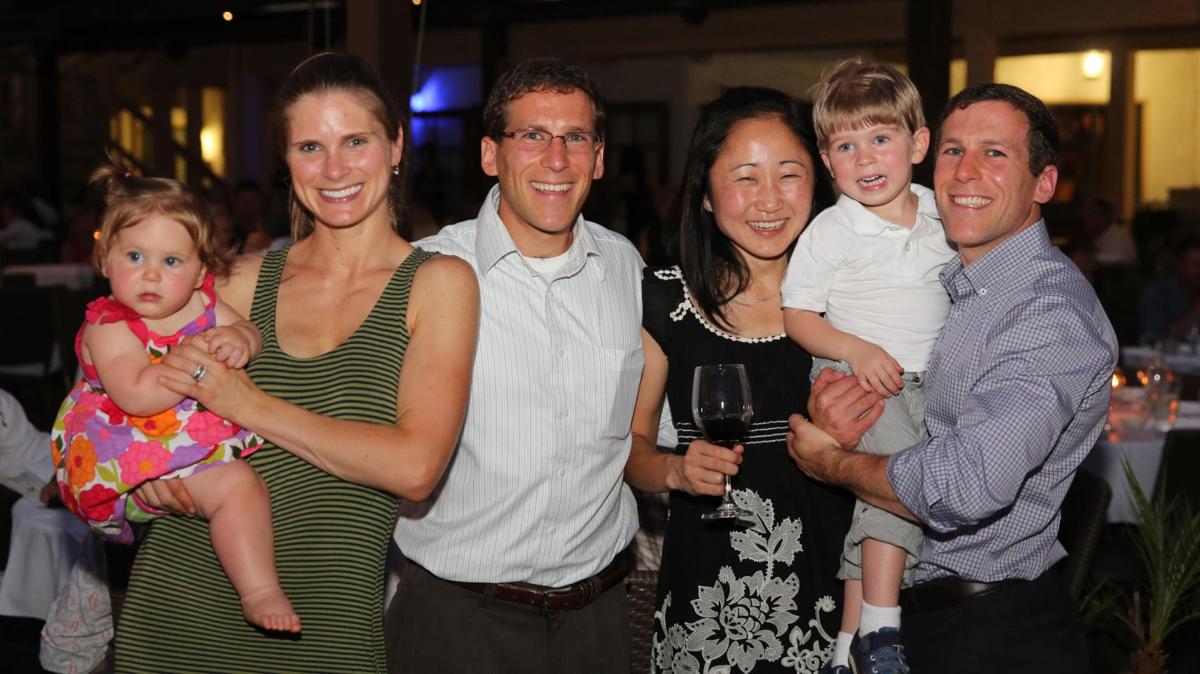 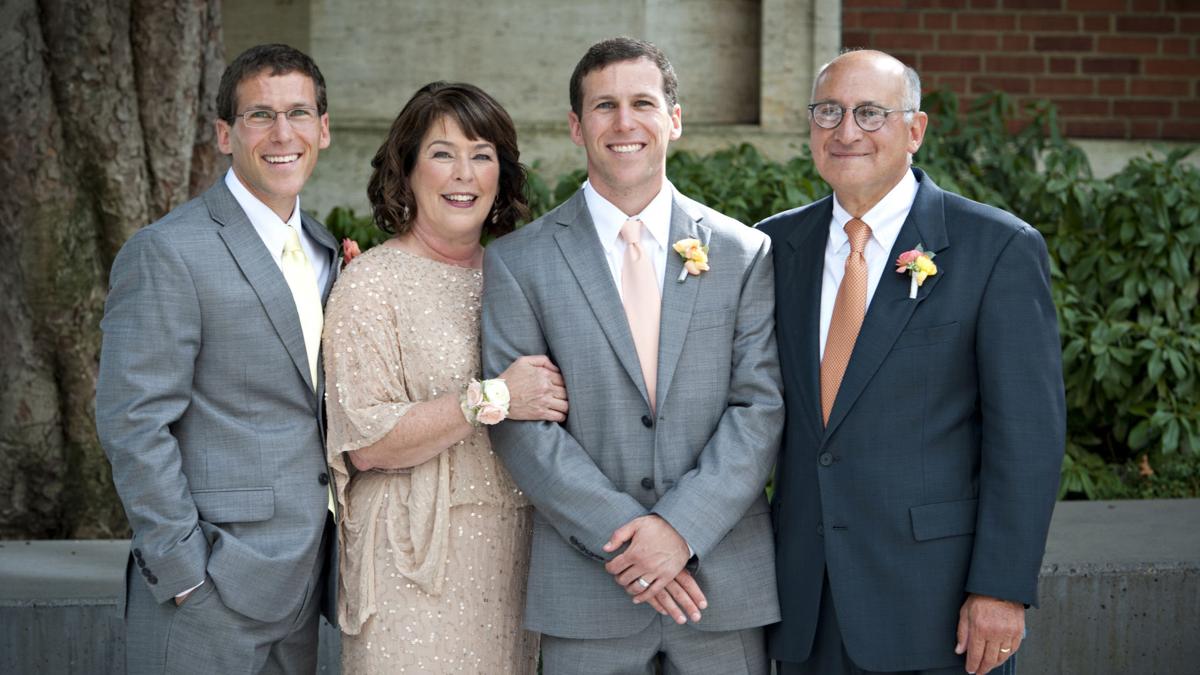 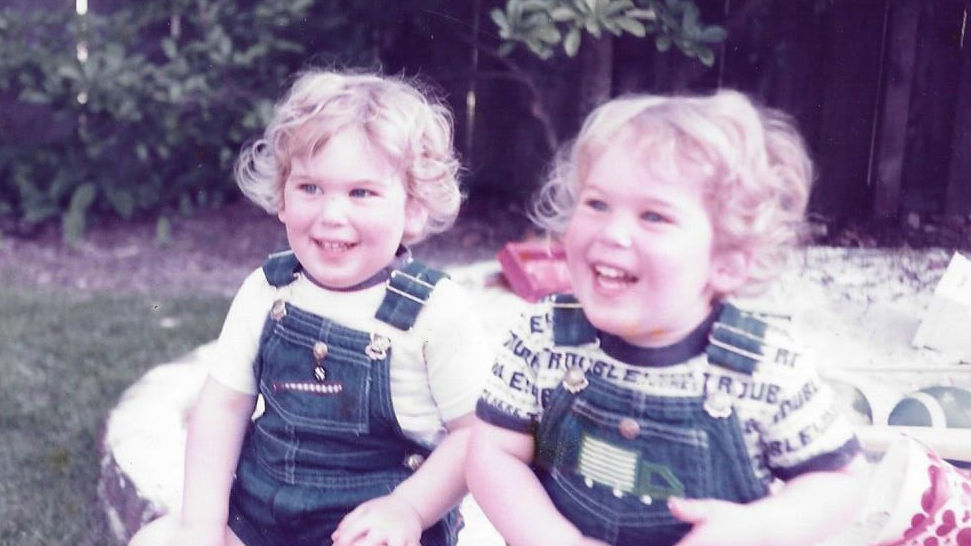 David (left) and Ben Eder graduating from the University of Oregon School of Law in 2005.

Identical twins, actually. Ben and David Eder are two of the four recipients set to receive the 2015 Outstanding Young Alumnus Award. The award recognizes great achievements in a law career within 10 years of graduation. The award ceremony will take place at the alumni reunion dinner on Sept. 25 at the Ford Alumni Center.

The twins both attended the University of Washington for their undergraduate studies and both graduated from the University of Oregon School of Law in 2005. They went into law for similar reasons, both inspired by their grandfather — also a lawyer. Now, the twins work for the same firm in Portland: Thuemmel Uhle & Eder.

Ben works mostly in criminal law. He saw the reliability of the profession and the steady income which it provided. For Ben, it was the summer between 1L and 2L (the first two years of law school) at the UO School of Law that pushed him to become a practicing lawyer. He worked for the summer as an intern at the King County Prosecutor’s Office.

Once Ben realized the courtroom was where he wanted to be, his first step was to learn from the best. He asked around and compiled a list of the best trial lawyers in Oregon; then he watched them work.

“It was somewhat akin to stalking,” Ben joked.

But the persistence paid off. After spending enough time around the small legal community in the Portland area, he was offered a job at one of the firms he’d been following, Thuemmel Uhle.

In 2012, Ben became a partner at the firm, now Thuemmel Uhle & Eder. In 2013 and 2014, Ben was listed as one of the top 100 trial lawyers by the National Trial Lawyers and is now considered a featured presenter on DUI defense, cross examination of police, DMV hearings and jury selection.

Ben enjoys traveling in his free time, a passion shared by his trilingual wife. The two spent their honeymoon in Italy last year.

As for the future, Ben isn’t going anywhere.

“I’ve been so happy doing what I’m doing,” he said. “I just feel really blessed.”

David works mostly in civil law. He saw the happiness his grandfather had in working with people as a lawyer. For David, it was that same summer between 1L and 2L that affirmed his career path. He spent the summer working at the Multnomah County District Attorney’s Office.

“It turned out to be something I’m really passionate about,” David said. “I loved doing it.”

The summer was a career opportunity as well as a chance for the brothers to spend some time apart, to “meet people who didn’t know they were twins,” David said.

After graduation, David worked for a time as the assistant city attorney with the City of Beaverton, Ore. David’s work focused mostly on D.U.I.I. cases and traffic crimes. In 2010, David developed a program to help underemployed and unemployed lawyers receive training from nonprofit organizations. The American Bar Association named it the Young Lawyer Section Program of the Year.

The twins were reunited at Thuemmel Uhle & Eder in Oct. 2014 when David joined the firm at which his brother had become a partner.

“The day I joined they took his last name down and put mine up,” he joked.

David has two children with his wife, Sara Eder, who he met in law school. He says he wouldn’t change where he’s at for anything.

“I like being around people. When work is fulfilling and I enjoy it, it doesn’t feel like I need as much downtime,” David said. “I hope to be exactly where I am for the rest of my life. Our roots are set.”

The twins showed their synchronicity when asked about their feelings on the imminent award.

“It’s a really nice honor. There are a lot of really amazing lawyers that would be as good or better candidates,” said Ben.

David described mixed emotions of excitement as well as confusion.

“There are a lot of people that could have and probably should have received this award who are equally deserving if not more,” he said.

It seems like, along with ambition and achievement, humility runs in the Eder family.