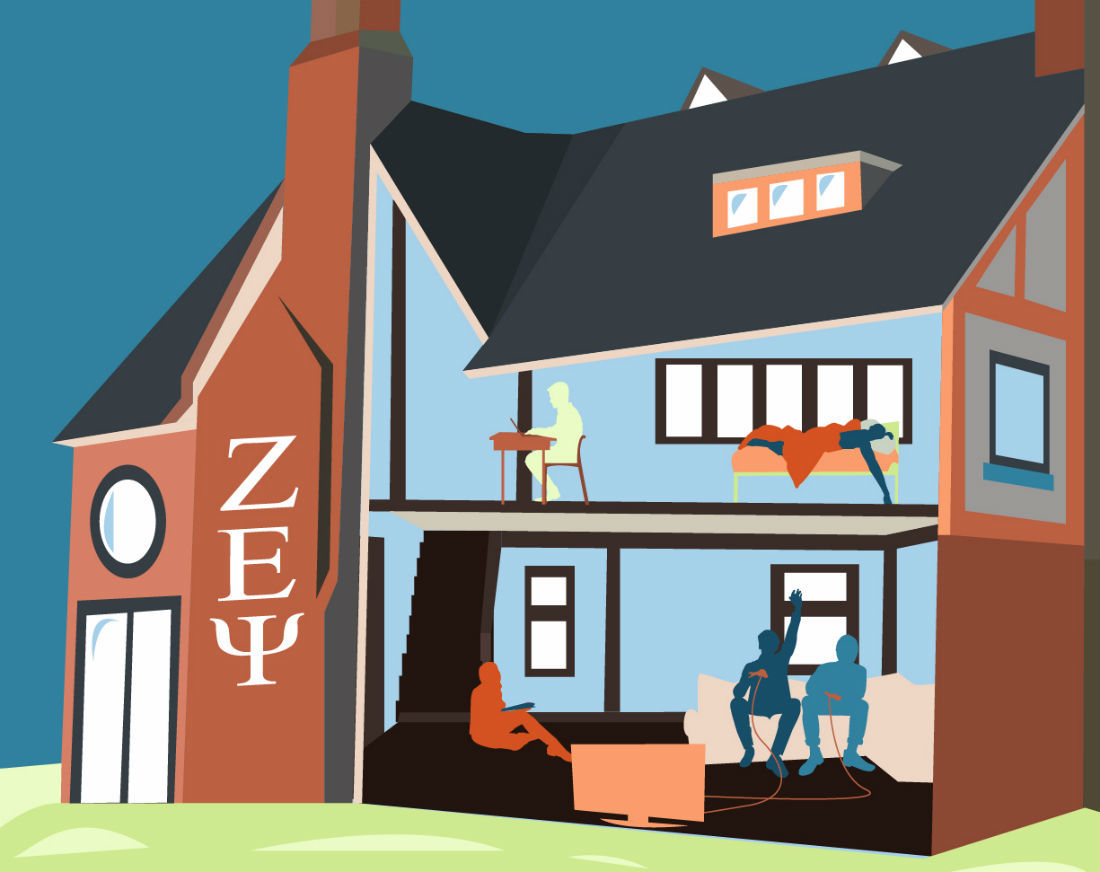 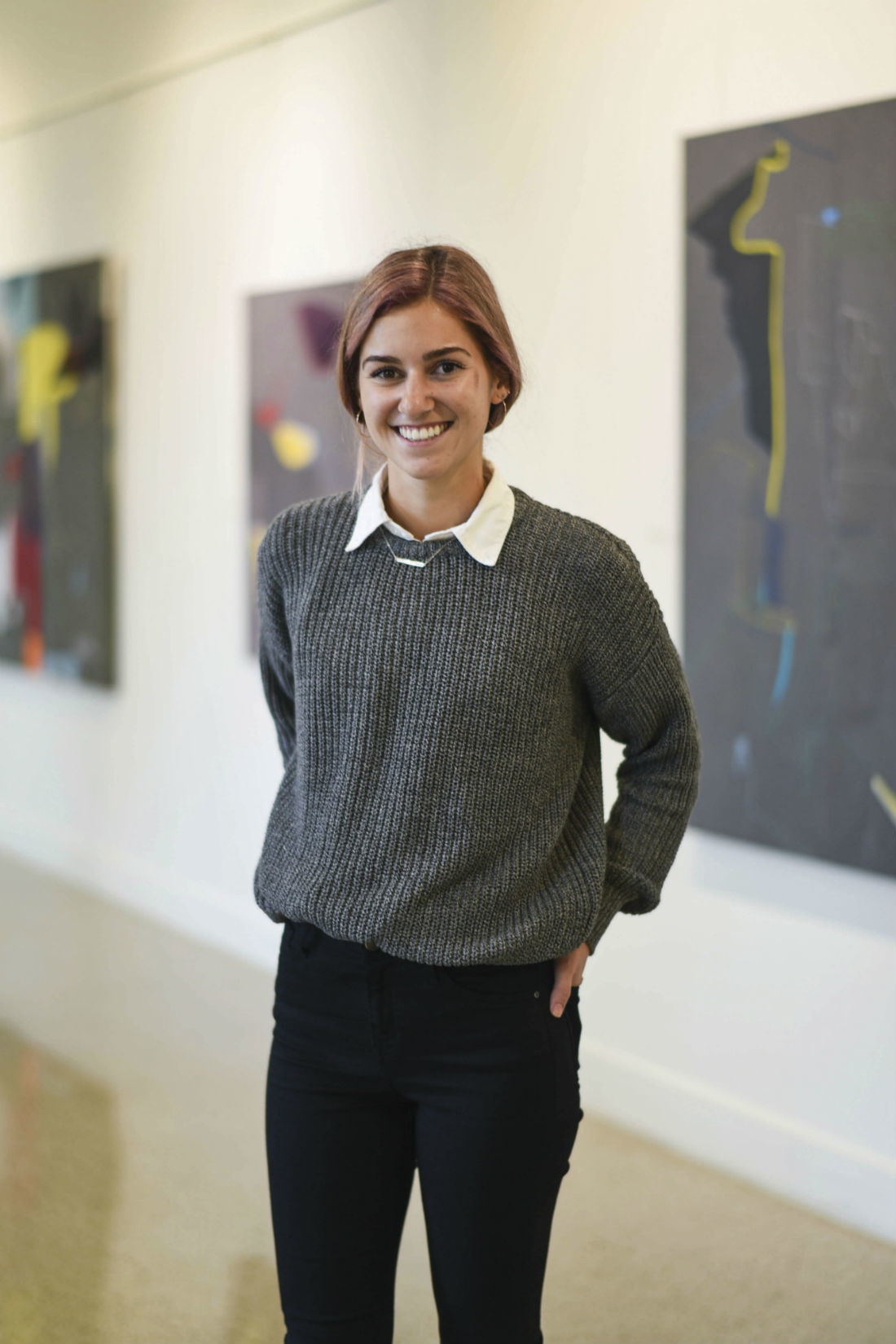 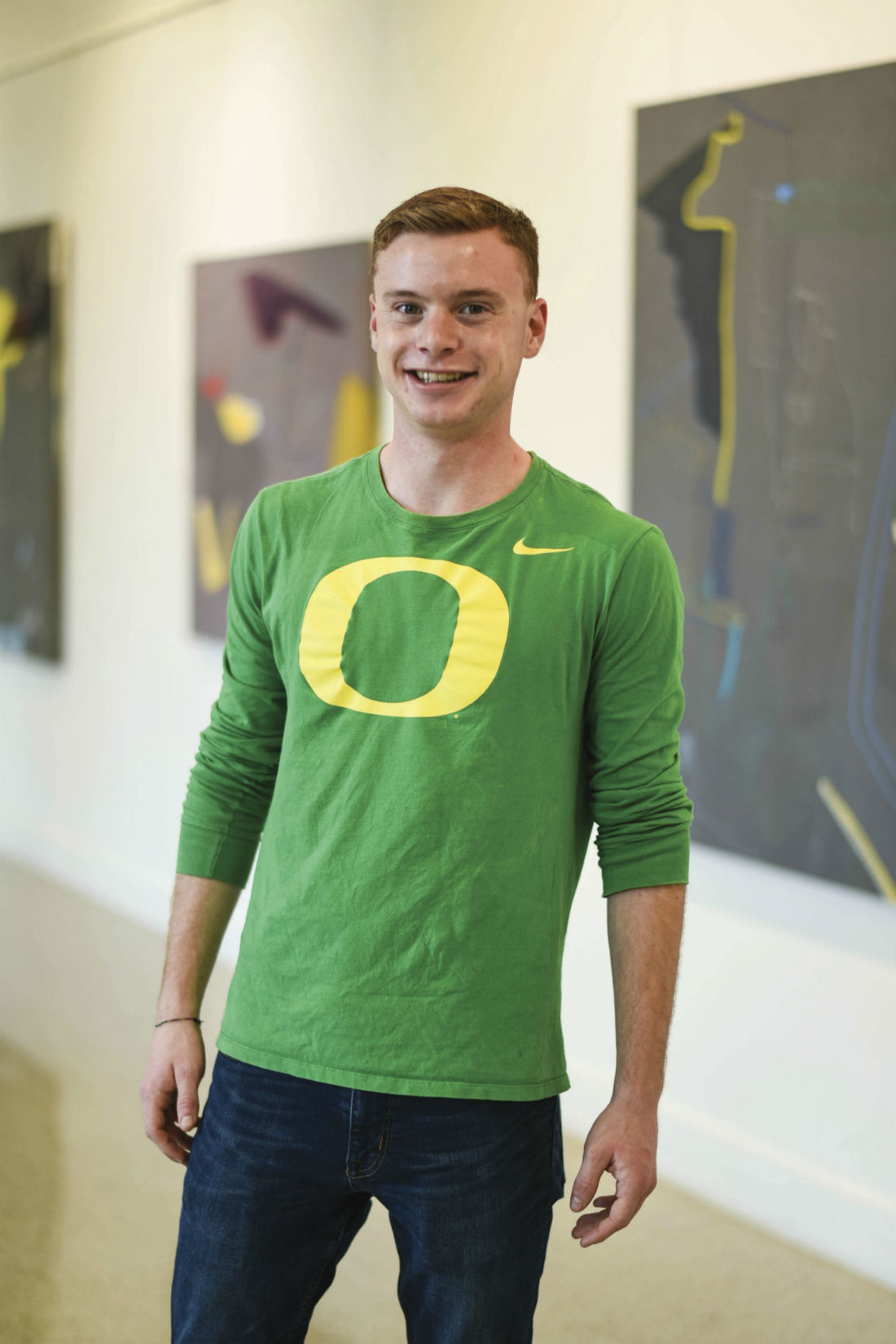 From Congress to Hollywood, sexual assault scandals are hitting the headlines in a pervasive wave of call-outs and push-backs against rape culture. At universities, rape culture is magnified in fraternity and sorority life — numerous academic studies and statistics trace campus rape culture’s influence back to the party culture of fraternities.

But the possible beginnings of a cultural shift within Greek culture are emerging at the University of Oregon. Leaders in the Greek community are emphasizing accountability and transparency, mirroring the conversations around sexual assault happening at the national level.

Joey Alongi, a member of PIKE, is pushing for a “Transparency Policy” among fraternities at UO. Phillip Quinn/Emerald

Joey Alongi, a sophomore political science major and member of Pi Kappa Alpha (PIKE), is pushing for increased cooperation and communication between fraternities in order to prevent sexual violence. During fall term, Alongi proposed a rule he calls the “Transparency Policy” to  UO’s Director of Prevention Services, Kerry Frazee.

The policy is simple, according to Alongi: if a pledge or initiated member of a fraternity is expelled from a chapter for sexual misconduct, his name would be placed on a list which would then be distributed to presidents of other chapters. The objective of the policy is to make sure that perpetrators of sexual misconduct are identified early and do not have the chance to rush another fraternity.

Frazee estimates that 3,250 students currently enrolled at UO have experienced sexual assault, using statistics from the National Sexual Violence Resource Center that says one in five women and one in 16 men are sexually assaulted while in college.

UOPD spokesman Kelly McIver wrote via email that sexual assaults that occur within the Greek community can be difficult to track.

“We do track Clery crimes reported for chapter houses of UO-affiliated fraternities and sororities,” McIver wrote. “Incidents that may occur at privately owned residences [live-outs] that are in some way connected to fraternity or sorority people or functions would not be tracked, or even known.”

Alongi said his determination to create such a policy came after he witnessed a pledge at PIKE grope another fraternity brother’s girlfriend. The pledge, who was later kicked out of PIKE, was expelled from another fraternity before pledging at PIKE. Alongi said he doesn’t know what the pledge was initially expelled for, but speculates sexual misconduct may have played a role after witnessing the pledge’s behavior.

“His story was that he didn’t mesh well with the guys at the other fraternity,” Alongi said.

Alongi said that if nothing was done, similar incidents will continue to happen.

“I thought to myself, ‘There’s nothing stopping this guy from going to another fraternity and doing the same thing as he did at ours.’”

Alongi, a former sexual violence prevention representative for PIKE, says that sometimes education is simply not enough to stop predatory behavior among some fraternity members.

“Predators are presented with facts and education like the definition of consent and disassociate themselves from that information,” he said. “They lack understanding through a mix of denial and misunderstanding. Essentially, it’s a lack of empathy.”

Due to the private nature of fraternities, their expulsion processes are often kept secret. Only one fraternity on campus, Delta Upsilon, has a non-secretive process that is stated in their bylaws. Given the secrecy of the expulsion, a member can say that he chose to leave the chapter for a reason like not fitting in with others despite being kicked out for sexual assault or misconduct.

High profile expulsions — like those for sexual assault — aren’t always common knowledge to other members of the Greek community.

Alongi’s example is not an isolated incident.

Dominic Black, Delta Upsilon’s former president, said that an individual kicked out of another fraternity for sexual assault tried to join his chapter.

“We’ve had a couple people who have rushed who were kicked out of other fraternities and one of them was for a sexual assault allegation,” he said. “Luckily, Sam Michaan, the president of Theta Chi at the time, reached out to me and let me know.”

Black said that even with Michaan informing him, he believes that having a policy advocating for transparency between presidents is beneficial to the community as a whole.

“I think that is a wonderful idea; it would better our community,” he said. “There’s people who would sneak through the cracks. Having that information come from the presidents could be super beneficial to improve fraternity and sorority life as a whole.”

Klinger described the inability to translate proposed policy into practice as a “straightforward FERPA issue” and that the personal information the policy requires could not be shared with fraternity presidents due to the fact that it lacks “a clear academic reason.”

Klinger defines “clear academic reason” as anything “reason to know something based on your direct role in their academic process.”

While Alongi and Black support the policy change, another member of the Greek community says that enforcing social consequences for fraternities that don’t participate in sexual violence prevention education is a step towards reducing sexual violence.

In addition to existing monetary fines, Price said that fraternities will face social consequences for skipping the meetings. Starting this term, if a fraternity misses two or more meetings, the Panhellenic Council will cancel their social functions with the chapter for the rest of the term.

While Price plans on this practice becoming a community standard, it has been the norm for her sorority since last fall.

“We have been waiting for a change like this in our community. Pi Beta Phi was already holding other fraternities accountable for their attendance at the SVP meetings,” she said. “We simply let their social chairs know that if they were missing meetings, we would be canceling our upcoming functions with them.”

Price is quick to acknowledge that fraternities have stepped up and taken issue of sexual violence prevention seriously, saying that she’s seen a positive shift in some chapters’ cultures. Ultimately, Price says that education is an obligation chapters have to their communities.

“If a chapter cares about members of their own community and those outside of it, they should be willing to participate in actions necessary to ensure everyone in those communities feel safe, and when it comes to social events, sexual violence prevention education is a huge part.”

Correction: The clery crime log provided by UOPD was from 2016.