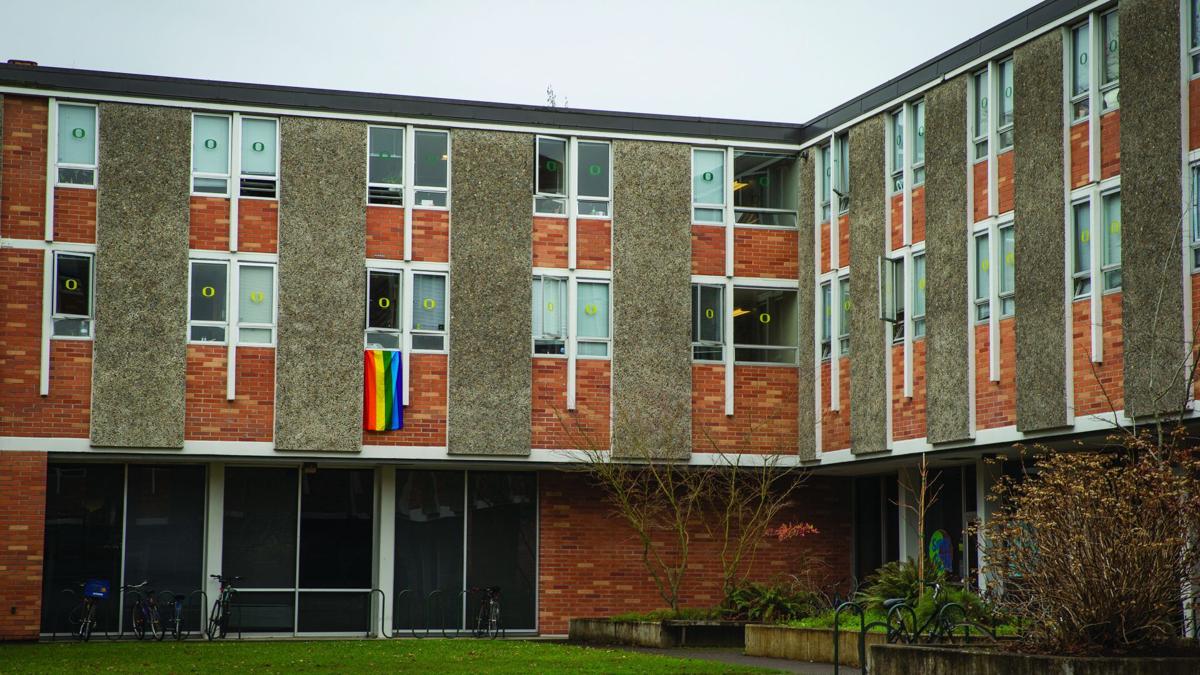 Bean Hall is located on the east edge of campus near Matthew Knight Arena. (Samuel Marshall/Emerald) 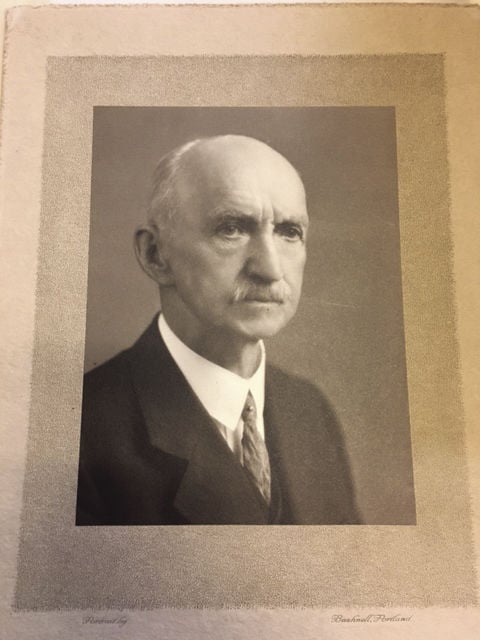 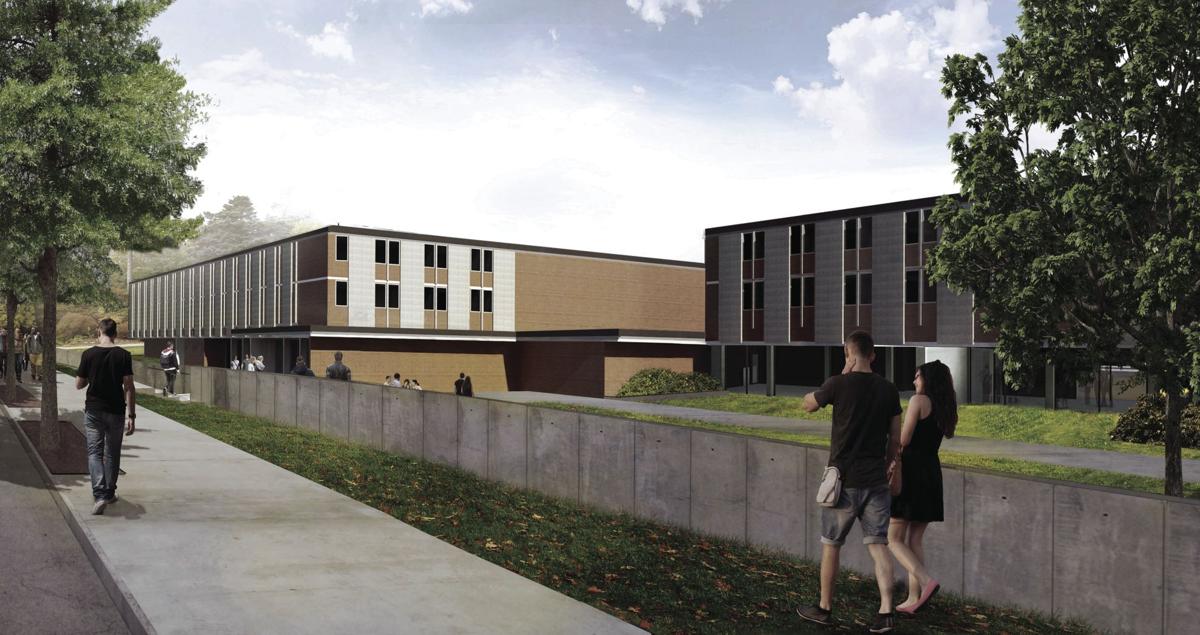 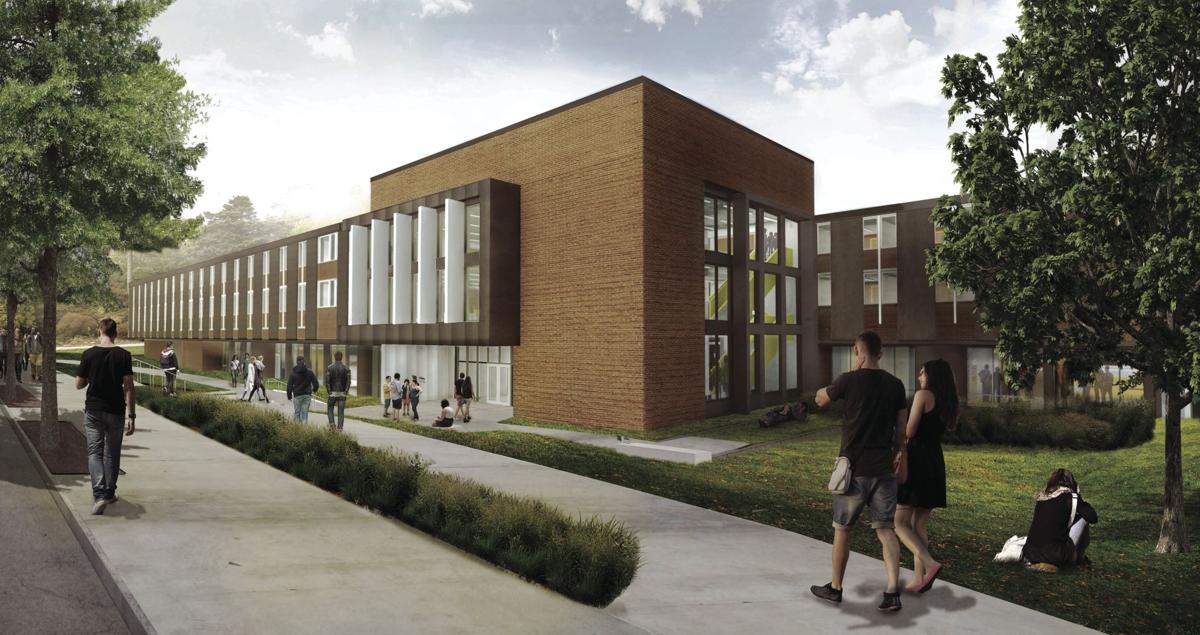 Bean Hall is located on the east edge of campus near Matthew Knight Arena. (Samuel Marshall/Emerald)

For all its perceived flaws, Bean Hall’s tiny rooms and concrete walls have housed decades of University of Oregon students. Although the east-campus residence hall will begin a two-year renovation this summer, many residents will remember Bean’s old halls with both fondness and resentment.

Julian Croman, UO freshman and current Bean resident, said he bonded with his floormates over spontaneous shenanigans, like hallway soccer or hitting skateboard tricks over mattresses.

“If you ask me if there is a list of things that I wish would change or get fixed, yeah, I’d go on for hours,” Croman said. “But the friendships I’ve made and the experiences I’ve had in Bean are something that I would not trade for any fancy living area.”

Built in 1963, Bean is one of the older dorms on campus. But it didn’t always have the stigma that surrounds it today. Before the Living Learning Center’s construction in 2006, and Global Scholars Hall’s in 2012, Barnhart Hall — originally built in 1966 — was the most modern residence hall available to students. The upcoming Bean renovation will mark the first major remodel of any 1960-era on-campus dorm.

But according to current and former residents of Bean, the dilapidated residence hall may have created some of the most tight knit communities on campus. Some administrators in the housing department agree.

“The funny thing about Bean is that even though it’s received a bad wrap because it’s one of the vintage buildings with small rooms,” said Kevin Hatfield, director of academic, residential and research initiatives with university housing, “If you talk to students who lived there, they have often had positive experiences just in terms of the community.”

Abi Olson, UO freshman and current resident of Bean, said that living in close quarters with her floormates has led to many of her best friendships.

“In [Global Scholars Hall] for example, they have huge rooms so you can keep your door closed and relax,” Olson said. “You don’t feel super tight in your own room. But in Bean, you have to keep your door open if you want to survive.”

The open-door attitude on her floor is what she said led to such a strong community in her hall.

For other Bean residents, the redeeming community of the hall isn’t enough to counter the horrible reputation it has received.

Students have spread rumors that Bean Hall was designed by an architect who designed prisons, that it was designed after an existing prison, and even that Shawshank Redemption 2 will be filmed in Bean Hall’s prison-like corridors. Although none of these are true, some students have had experiences that validate some of the reputation.

Madi Bradley, UO sophomore and former resident of Bean Hall, said her floormates always kept their doors closed, preventing the sense of community that others have experienced. Bradley said she keeps in contact with just one other person from her wing besides her roommate.

And she said the closed doors weren’t the worst part.

“I wasn’t able to open my window at all during the term because of spiders and spiderwebs,” Bradley said. “If my window was open for five minutes, spiders would come in.”

Bradley acknowledges that for how bad Bean was, she still felt it gave her the college experience she imagined.

But for Jim Smith, a UO alumnus who moved into Bean in 1981, the college experience was less about spiders and more about never counting on a full night’s sleep.

“Usually on Friday nights you didn’t plan on sleeping too much,” Smith said. “Saturday morning, you’d get up and most of the lights would be hanging, the phone would be torn off the wall. The worst part was during parents weekend they’d be coming up to visit your room and you’d have destruction all over the place from everyone partying it up.”

Smith visited campus in 2014 for a Ducks football game, and said Bean looked nearly unchanged from how he remembered it 33 years prior.

“I was having a little deja-vu going on,” Smith said.

The finished renovations will likely dispel any visual deja-vu Smith will have the next time he sees Bean.

Bean West and the old University Catering kitchen will be remodeled first, starting summer of 2017. While construction is in progress, Bean East will remain open and will house students during the 2017-2018 school year. Following completion and reopening of Bean West and the common area, Bean East will close and be remodeled. By the 2019-2020 school year, the complex will be completed.

According to Anna Schmidt, director of residence life and educational initiatives with university housing, the renovation of Bean Hall is part of a larger, 13-year residence hall update. The housing department’s plan with Bean seeks to create continuity between neighboring dorms. The plan will cost about $40 million, which students will partially fund.

According to Schmidt, the renovation will seek to unify Bean Hall by adding additional study spaces, classrooms and faculty apartments. One of the focal points of the project will be creating a centralized entry point to the entire complex. Most of the furniture will be replaced, the halls will be repainted with brighter colors and an elevator will be added near the new front entrance.

The much maligned bathrooms will also be redesigned with increased privacy and gender inclusiveness in mind. With the new layout of bathrooms, Schmidt noted that floors may no longer be gender restricted, but no decision has been reached.

“We’re trying to be as affordable as we possibly can be with the construction, thinking of students and how much they spend to stay on campus, and at the same time trying to really create a jewel,” Schmidt said. “Right now, we have GSH, which is this brand new construction, and literally across the street you have Bean that is just very much not.”

For those who lived there, like UO sophomore Jake Perris, the discomfort of its rugged conditions doesn’t matter as much as the community it forged. He remembers the ability to walk down the hall at any point and greet anyone.

“Just knock on the door if it wasn’t open — pretty much everyone would let you in,” Perris said.

Bean Hall may be entirely unrecognizable by the time renovations are complete, but decades of residents will recall its unpleasant charm.

“It was truly awful, but everyone was in it together,” Perris said.

Bean Hall was named in honor of Robert Sharp Bean, who, among other achievements, served as Oregon District Judge (two levels removed from the US Supreme Court) from 1909 to 1931.

Although not born in Oregon, Bean was as involved with the state as one could be. Bean attended Monmouth Christian College before becoming a member of the first graduating class of the University of Oregon in 1878. 20 years later in 1898, Bean was appointed to the UO board of regents, becoming the first ever UO graduate to serve on the board.

According to Charles H Carey’s obituary/biography of Bean, Bean was first elected state circuit judge in 1882. He then was nominated and elected to the state supreme court  of Oregon in 1890. In 1909, Bean was selected by United States President Taft to serve as a district judge to federal court for the state of Oregon, two steps down from the federal supreme court.

Bean married Elizabeth Condon, daughter of Thomas Condon. He served as district judge for 22 years until his death in 1931.